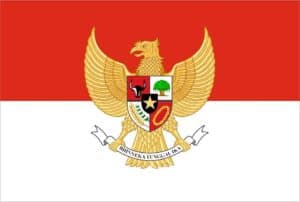 Indonesia known as NKRI (Negara Kesatuan Republik Indonesia) which had many things inside. That things made Indonesia as a rich country as well. Not only for the plantations, but also the cultures and the views.

Indonesia ranked number fourth for the numerous of societies. Yup, Indonesia is the largest country. Consisted with five big islands and 17,500 tiny islands. That’s why, Indonesia full of diversity. From Sabang to Merauke, Indonesia have numerous of ethnics, religions, languages, habits, economics, and politics.

However, the diversity not made Indonesia split up from one to another, however unite. As same as the motto “Unity in Diversity”. If you are Indonesian, you must know more about your country, especially the diversity. Here is the information about the diversity in Indonesia.

Indonesia contained with many cultures. Even in one area, it would consisted with few cultures in it. As you know, Indonesia had 33 provinces which is possibly had many cultures. One of the possibly diversities like music, literature, dance, cloth, house, weapon, etc. On the other hand, here are one of culture which represented Indonesian Cultures, namely Tor – tor dance. This dance is simply unique, but rich. Here the explanation about Tor – tor dance. 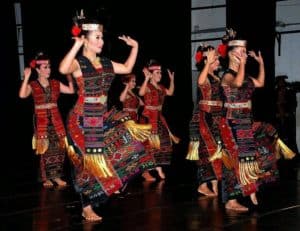 Tor-tor dance is a traditional dance from Batak ethnic in North Sumatera. The dance performed in wedding ceremony and funerality. It means the dance performed not only in the happy situation. But also when its mourn.

According to history, Bataknese beliefs that tor-tor dance had a spirit. The spirit invoked the stone statue, which related to the anchestors. While music played and people dancing, the stone take part to moved. However, the movements with slow motion. On the other hand, tor – tor dance is one of bataknese ethnic group’s pride in west Sumatra.

Here are the types of Tor-Tor dance:

This dance always held in a big party. Before the party begin, the place must be cleaned. Bataknese would like to put a lime throughout the line to avoid danger. (read also: Indonesian Heritage)

This dance always held in the inauguration of a king. This dance also derived with seven daughters of heaven who bathe in a lake. The lake based on the top of the Pusuk Buhit mountain. (read also: Indonesian People)

This dance usually held when there is disaster strikes the village. The shaman of Tunggal Panaluan will be a guide to resolve the issue.

Literally, Bahasa is the second language as it the unifying language. However, Bahasa is an official language for governmental, magazine, educational, media, and the other institutions. So what is the most common language spoken in Indonesia? Yup, it is Javanese. Because Javanese is the largest ethnic in Indonesia.

In addition, there is so many ethnic language you can used in Indonesia. For example, if you wanna communicate with bandung’s people, you can use sundanese language. Thus, there are many people who still using this language in their common and daily life. As well as if you want to communicate with Bataknese people, you can use their language to blend well with them. It looks more friendly and people assumed that you are a humble and kind person.

Due to pra-colonial, Indonesia contained with many empires. We can see such a Singosari and Majapahit empire. Which known as the biggest empire in entire Indonesia, especially in Java. When it changed into colonial, it needs phase. The phase started from old order – new order – and the last is reformation. Indonesian adopted reformation until now.

Was legitimatized in 1968 – 1998, when Soeharto was a president. In that time, there was a positive and negative value. The positive was economic developed very fast. And the negatives were corruption found everywhere, and the gap between rich and poor people appeared clearly.

New order just over when Soeharto’s fallen. But people in the new order still lead Indonesia while reformation. It made new order wasn’t over clearly. In reformation, governments tried their best to built a democration lifes. Due to their hard work, Indonesia legal to be a democracy country until now. 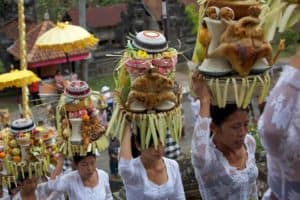 Every cities in Indonesia have their own tradition. The tradition had feature itself. Most likely when its a commemorate of something related to burial. Here is the example of tradition for ethnic in Indonesia: 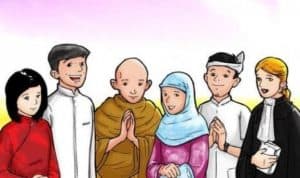 What is the majority of religion in Indonesia? Yup, it is Islam. Around 87.18% of Indonesians identify themselves as a Muslim. The rest about 12.82% is the other religion, such a Protestanism, Catholicism, Buddhism, Hinduism, Confucianism, and other religion. But, Indonesia only admitted six religions.

Although the religion was diverse, “Pancasila” tried to unify them all. Pancasila gave themselves a freedom of religion. You as Indonesian must picked one among six religion existed.

Here is the information about every religions:

Islam is a dominantly religion in areas like Java and Sumatera. You can see, more than 80% of the inhabitants are Muslim. Despite a large percentage of population following Islam, doesn’t mean that Islam can ruled in governmental institutions. Indonesia isn’t an Islamic area too, because you still find another religions here.

This religion more concentrated in the provinces like Papua and North Sulawesi. Nonetheless, you still see people in Java and Sumatera adopted Protestanism. The percentage of Protestanism about 6.96%. This is twice times over the Roman Catholic. (read also: Traditional Market in Indonesia)

This religion more concentrated around Jakarta, or around areas which consist with Chinese ethnic. Such a Java and Sumatera. Because Chinese ethnic had a great role in trades in the world, including Indonesia. That’s why, this religion developed constantly. The percentage is about 0.72%.

This religion more concentrated in province like Bali. Yeah, Balinese following this religion because there’s plenty statue due to Hindu Dharma. In Hindu, we know 4 castes. Which is difficult to moved to the other if you already adopt one. But the caste isn’t applied in the other countries. There’s only available in Indonesia. The percentage of Hinduism is about 1.69%. (read also: Table Manners in Indonesia)

This religion is a new one. Yup, the population not as big as the others. This religion instantly change position of religion in Indonesia. But it doesn’t matter. The percentage ia about 0.05%. Just a little bit, right?

In Europe or other countries, other religion is applicable. Like they really don’t care about it. They adopt it because their beliefs this world created by nature or itself. In some area of Indonesia, you can find the other religion. But, other religion only consumed for people who lived in the rural. Not in the big cities. The percentage is about 0.51%. Many times more if you make a comparism with Confucianism, right?

Indonesia is made up with thirty-three provinces, 5 big islands, and 17,500 tiny islands. That’s mean that the cultural landscape is diverse from one to the other. Especially when its mixing into foreign and indigenous customs. Because Indonesia had ore than 300 ethnic, surely they would live with their own way. Like the way for surviving, hunting, also eating.

Move to rural inhibitants, all of them live their life gathered with the others. Their lifestyle as a hunter. The lifestyle is totally different with an expat city like Jakarta. Do you agree with the argument?

Javanese is the largest ethnic in Indonesia. You can find Javanese all over Indonesia. Yup, they are spread everywhere. Even in your office or school maybe. Beside Indonesia, Javanese also found in Singapore and Malaysia. They speak in two version which are Ngoko and Krama. Ngoko used in daily life. Though, Krama used to people with higher social status, unknown people, or for whom older.

But we know, Indonesia mixed with many cultures, languages, ethnics, religions, traditions, and political. But Indonesia made five principle for nationhood, there are:

Although we are different, it doesn’t mean that we must hate or try to hurt each other. We all human, we all same and unite as the motto “Unity in Diversity”. That’s all about diversity in Indonesia. Wish your knowledge about Indonesia enhance after read this article.