Home » Flora » 15 Popular Flower in Bali That Loved by People

15 Popular Flower in Bali That Loved by People

Bali island is not only famous for having the interesting locations which can hipnotize the people, especially for the people who rarely see them. The stuff like the beaches and the nightlife are two thing of all many things that can be found inside Bali island.

There’s one thing that people can also see in Bali, the flora. The flora in Bali is quite amazing really, so many tropical flowers can be found within this wonderful island. On this list, we only includes some of them inside the popular flower in Bali, many if you’re a flora lover you can see them on the conservations located on this island. 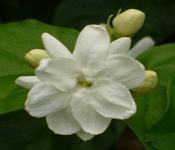 The first beautiful flower in Bali island i Nyctanthes Sambac. This white jasmine is originated in the area of South Asia. It was spreading through Indocina area, and then to Malayan islands, and then entering Indonesia on Bali island. 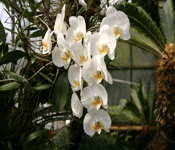 This flowers that also a part of orchid family, and included as Indonesian National Flowers. In Indonesia, this flowers is known better by its other name, the Anggrek Bulan or Moon Orchid, even though it looks more like a butterfly, with the name “Phalaenopsis” that came from the word “Phalaina”, means butterfly.

Becasue of the butterfly name, some countries know this flower with the name of Moth Orchid. It was found in 1825 by the world scientist, Carl Blume in the area of Nusa Kambangan, Central Java. But later, a fact told that this flowes actually found first in 1750, way before Carl Blume’s time. 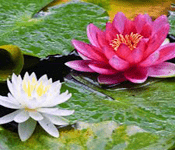 This flower is can be found easily in Bali island. Many people, especially girls like to use this kind of flower to decorate their hair. The flower has many colours like purple, yellow, and also white. Even in some hotels in Bali, this flower can also be exist.

The flower that named Teratai by Indonesians, also mainly used for ceremonial purpose in Bali. That’s why, maybe you can notice that there are some Lotus lying around on the ground near some sacred places around Bali. 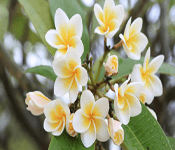 Frangipani, or a flower with the name of Jepun flower is also a flower that can easily be found everywhere around Bali. Balinese use it in some dances, especially for decorating the dancers hair. With so many uses, they planted this flower tree near them

So, if you travelling Bali, you can notice that in the house area or temples, there will be some trees of this flower, commonly known as Kamboja tree. It also has many colours, starting from white, up to the bright yellow colour. 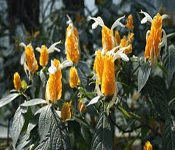 There’s a flower called Pachystachys. Rather hard to pronounce, eh? Indonesians called this flower as the Bunga lilin or Candle Flower. This flower has a long life, that’s why it’s really suitable to becomes a decoration for house.

Shrub of Bunga Lilin can be seen on the road sides, many of them. Beside the road sides, the location where you can find them is in the garden. Even though the number is not that many, this Candle Flower can still be found in Bali island. 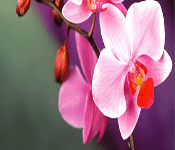 Next flower is Orchid. Not only Java and Sumatra that have the abundant orchid flower, Bali island is also having some of them. Even almost on every spot of Bali island is the perfect place for Orchid to grow, as long as the places is shady enough.

In Bali, you can easily find kinds of Orchid on the people’s garden. The beautiful flowers and varieties are the main points why people really love it. Not only colours, they also differ in size, starting to the smallest one up to the big one that really easy to grow. 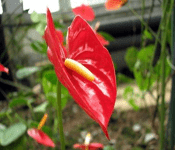 Is this Calla Lilly flower? No it isn’t. It’s actually a flower of Anthurium, or Bunga Gajah, a nickname by Indonesian people. That “Bunga Gajah” is actually means Elephant Flower. Maybe some of you wonder why.

The reason is, there’s a single light thing on the middle of the flower that looks like an elephant’s trunk. Covered with green leaves, the white flower on the middle that completed with the “candle”  really suitable to be planted on some shady spots. 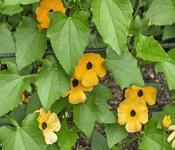 Indonesians really love to name some flora with the name of animals. Beside the elephant flower above, there’s one other flower that has the animal name, Bunga Kelinci or Rabbit flower. This flower actually looks great, and almost looks like a jasmine, but actually it isn’t.

It has two main colours, the white and bluish colour. There’s a trumpet like form around it, covering the center of flower. It can live long enough even on the tropical island like Bali. You can find this flower on balcony or just around the areas of courtyard. 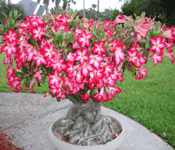 This flower is actually looks like a bonsai tree. The different is, if bonsai tree has the green leaves, this Adenium has the pink flowers that located on top of it. It looks so great and of course there’s only one kind of this flower called Jepun Japang in Indonesia.

This kind of flower lives ina  tropical country like countries in South East Asia, and also Africa. Even though in Africa, the number of Adenium is not that many. From one tree, you can gather so many flowers, like 20 or more of them. 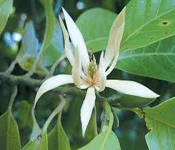 The next flower is Champaca, or Cempaka (Indonesian). This Champaca is actually a flower that has a strong aroma. That’s why, many people around the world use it as a base ingredient for making kinds of perfume, because the smell is really good.

Many Balinese use this flower to develop their perfume business. They can produce so many things from this flower, like lotions, also soaps that are hand made, and incense. Beside those, perfumes and massage oil can be produced by using this flower. 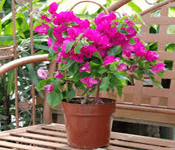 Bougainvillea or the Bougenvile is also a flower that mainly used for decoration by not Balinese people only, or Indonesians in common. The people who have a plan to plant this bougainvillea usually will preserve a container first.

Container is needed to keep the flower in one place neatly. In Bahasa, this flower has another name Kembang Kertas. It basically means paper flower. Why paper? Because the texture of this flower is almost the same like paper. 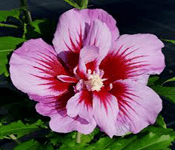 Next is Hibiscus. In Indonesia, the name of this flower is rather weird, “ Kembang Sepatu” or Shoe Flower. The reason of that name is still unkown til now. However, the flower that commpunly found is coloured in red.

But beside the red colour, there’s the other colours like white, gold, or yellow. Balinese people usually use this flower for ritual offerings. They usually use the red one because it’s can be found easily on the road side.

To complete the list of popular flower in Bali, there two more flowers that also included on this list in addition of the 12 flowers above. All of them are beautiful and also worth looking if you’re going to Bali for flora hunting.

So that’s the list of popular flower in Bali that you can see when travelling around this island on this beautiful holiday. Even though the common flower is like jasmina, that used by Balinese people for praying everyday, there are many flowers still that still unknown by people.

The 15 flowers on our list is just a few percent from the total percentage of flowers in Bali island. As you know, in Bali there are some forest that inhabited by some beautiful hidden flora, some of them even unnamed. Maybe if you interested to do some exploring, maybe you can find those hidden endemc flowers. And you can use them as your best decoration for your home, and always taking care of it.

Is It Safe to Living in Indonesia? 13 Answers to Pleased You

17 Indonesian Cultural Norms You Have to Know