20 Indonesian Cultural Practices You Should Not Miss

In 2010, a BPS census stated there are 1.340 tribes in Indonesia. Perhaps there is an increasing number after eight years.  Different tribes means different culture, habits and beliefs. This is a big advantage for Indonesia itself although the risk to have disunity is also quite high. As long as Indonesian can manage it, they will led their country as one of the rich-of-culture country. Here are some unique cultural practices that brings positive  philosophy and has shaped  Indonesia and its people until now. 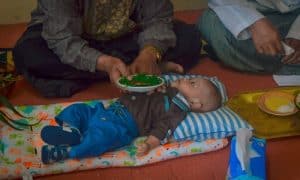 Belongs to people of Aceh, this tradition is held for seven days old baby. In Indonesia, peuciap means let the infant taste variety of flavors, usually honey, zam-zam water, or even yolk by greasing them to infant’s mouth.

The purpose of this tradition is to show the parent’s responsibility for the baby’s growth. Furthermore, the baby is expected to be a righteous child and useful for his surroundings. Due to this aim, peuciap is often accompanied by prayers. 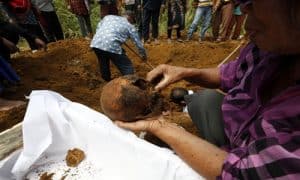 Death is categorized as the important event in life cycle. Near from Aceh, North Sumatra has Mangokkal Holi as its uniqueness. As the opposite of Peuciap, this tradition is arranged for corpses.

The corpse’s bones are moved to the provided monuent, called Tambak as a form of tribute to the ancestors. By doing these, Bataknese hope for blessings, a lot of offsprings, wealth, and happiness. This tradition spends a lot of money, so those who can held this tradition is believed by the society as the sucessfull man. 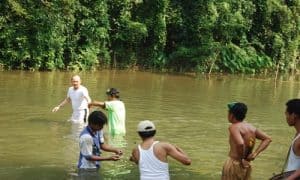 Move to the South of Sumatra, Bekarang Iwak is the annual tradition for preserving fish. On this moment, people catch the fish (just as the meaning, bekarang = catching, and iwak = fish).

Bekarang Iwak is informed as must-do tradition because villager believe if they miss this cermony, they will get punished. They will see crocodiles while doing other tradition practices and in daily life. Read more about Culture in Palembang 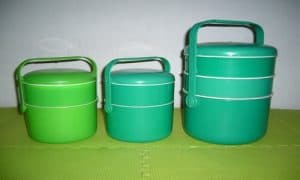 Indonesia culture emphasize kinship very much. This is proved with Maanta Pabukoan in Minangkabau region. Maanta Pabukoan is about the relationship between daughter in-law and parents-in-law.

Hosted on Ramadhan month, daughter in-law will deliver food to her mother in-law. The message by doing this tradition is to get closer with the core family of the husband. Over several years, this tradition is starting to fade. 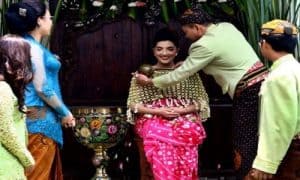 If Pauciep is meant for seven days old baby, Tingkeban is the ceremony, owned by Javanese for seven months old baby.  This ritual has some strict rules and procedures, such as forbidden things for the mother, date and hour selection and type of batik the mother should use.

Due to 8 series of events, Tingkeban allows many family members to participate actively. The core of this tradition is called Siraman, the baby’s parent watered by water from seven source by seven elder family. The holistic goal of this ritual is to have a child with great character. 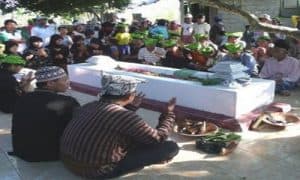 The original world is kunjung, translated as ‘visit’ in English. Take place in cemetery, people in Indramayu, Cirebon and surrounding come to their sacred ancestor’s tomb and religius figures’.  They bring Tumpeng rice, traditional foods, and fruits. There , they pray to ask for welfare and safety. There are also Wayang Cepek show, theatricals along with dance performance during this tradition. 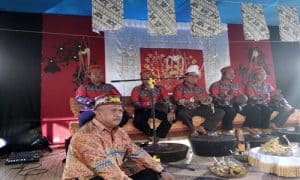 Dayak tribes believe that ghosts live side by side with human and to maintain the stability of the life, Manyanggar is arranged. The action in this ritual is making the limitation so these two creature won’t disturb each other. Manyanggar is usually held when people want to open a new farm land, organize a big even and build a house. The actual intention is to create peace between ghosts and human. 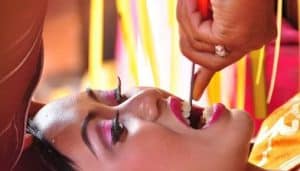 When a girl has had her menarche, and the voice of a boy become heavy, they have to follow this tradition as a sign that they will enter the adulthood. Their 6 teeth will be flatten;  two canines,  and four incisors.  Why 6?  Balinese assure there are 6 enemies in the self,  called Sad Ripu.  After Metatah,  the participant will be given mirror to check his teeth.  If he says all’s good,  then he will get some things that emblem six tastes.  If he is not sure,  their teeth will be flatten again. 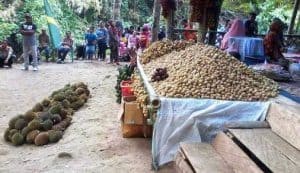 Keeping the subsistance from agriculture, Tolaki society in Southeast Sulawesi values the importance of their harvest by doing this ceremony. Monaha Ndau is an embodiment of their grateful and a prayer for the upcoming planting season.  Lulo Sangia Dance comes in as the beggining presentment to welcome district placeman. Later,  Tolaki people give their harvest to the placeman to be shared again to them. Symbolically,  the purport is on the togetherness. 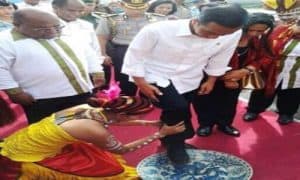 Besides Raja Ampat, Papua can atrract traveller with its unique tradition, such as Mansorandak.  Mansorandak is particularly for family member who has come back from his foreign country.

Nowadays, this tradition is also held to greet important figures who visit Papua. The limelight in this tradition is stepping on the plates, but there are 3 procession. The first one is flower shower and in the end,  family eats together. The other interesting part is food will be hang on the ceiling, so relatives will race to get first. This tradition is both about tighten family bonds,  and self purification.  Find more about  facts about Papua Indonesia

There are some simple lesson that is taught by culture. One of them is appreciating the tribes’ differences and how to live peacefully in heterogeneous environment.

Furthermore, these 20 tradition are only little piece if we compiled the complete Indonesia cultural practices from Sabang to Merauke. Indonesia should be proud of their country. Living in modernization era is definitely challenging to avoid cultural friction. Accordingly,  people need to cooperate to maintain the cultural heritage.