Cooking is the activity of preparing food to be eaten by heating the food ingredients so that the food can be consumed. Cooking consists of a variety of methods, techniques, tools, and combinations of spices to create flavors, food colors, appearance, taste, texture, appearance and nutritional value. There are various of cooking techniques that are grouped based on the ingredients. 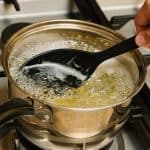 However the requirement to boil something is when the boiled water temperature reaches 100 Celcius degree therefore it is considered as a flaw of this cooking method.

Why? because the nutrients and vitamins that contained by vegetables will be degraded or even disappeared on that heat. 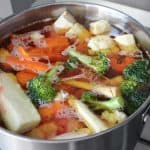 This technique is basically pretty similar with boiling. The difference lies on the time management. Simmering method needs longer time than boiling method. This technique is popular in Indonesia because it has the ability to produce foods with authentic aroma and flavors.

The foods will have good aroma and delicious broth because the ingredients and seasoning are boiled longer. 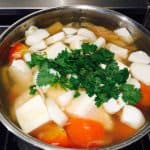 This cooking technique is known as menyetup or menyemur in Indonesian language.

The process to stew the ingredients does not require water, but still, it includes as wet cooking method because it use kaldu, coconut milk, or maybe a thick seasoning liquid which had been cooked before.

The liquid used for the stewing process is not too much.

The Indonesian people use stewing technique to make Typical Meals in Indonesia such as opor ayam, semur ayam, or even one of the most Famous Indonesian Foods which is rendang. 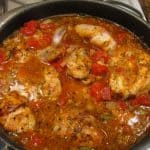 This cooking method is similar with stewing method however the meat that are braised usually get marinated first. The marination process usually last until 12-24 hours, depends on the meat’s kind itself.

The purpose is to make the seasoning absorbed perfectly into the meat. After getting marinated, the meat is will be baked in the oven to make it brown.

Then the meat will be boiled with the remaining ingredients of meat or brown stock until the liquid is slightly dry. Indonesian dish that usually use this cooking method in making beef ribs dish. 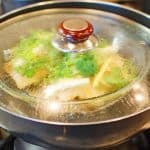 This is one of the most common cooking method among Indonesian people, steaming. The local language for steaming is kukus or mengukus. The step to steam ingredients is by using steaming pot.

The steaming pot is filled  with boiling water underneath, then place a smaller pot or corm to put the steamed food.

Local foods that usually get steamed such as bolu kukus, siomay, dimsum, rice, potato, corn, sweet potato, fish, and many more. This way is more healthy because it does not use oil. 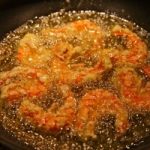 This technique is literally used every time and everywhere. This cooking method requires lots of oil. Deep frying is a process of cooking with lots of oil until the food is immersed entirely into the oil.

This cooking process is able to make a dry and crunchy foods after they are fried perfectly.

Almost all of Indonesian people use this cooking method on daily basis to fry nugget, tempe, fish, and many more. But firstly, it requires a deep pan so that the food can be sunken and submerged to make it fried well. 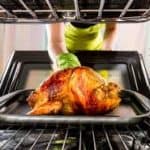 Cooking technique with roasting and baking is about a cooking process which utilize hot, dry temperatures in a closed environment.

This cooking method is the perfect method to cook  food which has large size such as meat, poultry or fish.Roasting is a cooking technique in an oven or toaster using fat or oil.

In this way, the food can be dry and ripe.Meanwhile baking is a food cooking technique using an oven without using oil or water. In order to get an authentic flavor, Indonesian people usually add seasoning to the main ingredients before they get roasted and baked.

Both are flash cooking techniques that are mostly applied to cook meat becomes naturally soft, poultry or fish. Grilling utilize  a simultaneous heat source from below, while the broiling uses heat from above.

This technique used for cooking small pieces of food. Meanwhile broiling is cooking with a heat source on top of the ingredients. Usually electric ovens today are designed so that we can choose a source of heat from the bottom, top, or both, allowing us to do broiling.

That is all the the cooking techniques practiced by Indonesian people, both wet and dry must have its own distinctive flavor.