Indonesia is the world’s largest country consists of 17,508 islands, some 6,000 of which are inhabited and one of the most populous country n the world after China, India and U.S. Its a home to estimate as many as 300,000 animal species, 40,000 species of flowering plants, 5,000 orchids species and the monster flower (Rafflesia arnoldii). Then, Indonesia is also a home to 300 ethnic groups which 95% of them are Native Indonesian ancestry.  Despite of  Indonesian cultures, with so many tribes around, Indonesian people can be anything. Thus their tribes describe them to be or a mix of more than just two ethnic groups.

Indonesian people are generally friendly. If you’re lost or trying to find a specific address, you will easily find someone in the street who is willing to help you—be it a pedicab driver or simply passers-by. Especially if you are a foreigner, Indonesian people will always try to help you even with their limited vocabulary. Indonesian people also tend to always smile to anyone even though they might didn’t know each other, simply to be polite.

When they accidentally bump into someone they don’t know, Indonesian people would throw a smile as a form of apologizing and when their eyes meet with someone they don’t know on a bus, they will throw each other a polite smile before averting their eyes to avoid being rude. When Indonesian people who knew each other and bumped into each other in the street, they’ll ask each other ‘Where are you going?’ as a courtesy even though the answer is obvious. It is a form of polite act that supposed to be responded by a polite answer too.

In another country, it might be counted as rude, but it’s the otherwise in Indonesia—if you know someone and he or she happen to bump into you in the street, it is counted as rude if you didn’t do it and instead pretend not to see them. If you’re not in the mood for small chit chat at all, the least you can do is throw them an acknowledgement smile as you pass them by.

The most significant thing about Indonesian men is that they’re very protective of women around them. They won’t let a friend that happens to be a girl to walk home alone at night, would gladly pick their sister up if they can instead of letting them go home alone and would walk in the outside part of the road when they’re walking together with their girlfriend.

Even to a stranger, Indonesian men tend to always try to be someone who can be relied upon. For example, if a girl and a boy are going to cross the street at the same time—the boy usually will walk to the side where the flow of vehicles come and lead the girl as they cross the street even if they didn’t know each other. The majority of Indonesian men is generally shy and mysterious—they rarely show their feelings and usually always try hard to maintain a calm image. Indonesian men have no sense of hygiene whatsoever when it comes to burping loudly or spitting in the public, they think it is something normal and thus fine to be adopted as one of their daily habit.

Physically, most Indonesian men consider brown skin as manly and a prove that they spent a lot of time working outside to fulfill the need of their family. The majority of Indonesian men rarely taking care of their skin like women usually does because for them the roughness of the skin is manly. Indonesian men are famous for being self-taught when it comes to basic skill that useful in their daily life, such as installing the light bulb or fixing the car.

Here is a list of Indonesian people’s most well-known habits:

Achievement of Indonesian People in Worldwide

Despite often being look down upon, Indonesian people actually have so many worth mentioning International Achievement. Surprisingly, these achievement comes from people who are not well-known in Indonesia. For example, not many Indonesian people know about Rini Sugianto before, until the news of her as an animator from Indonesia that turned out to be part of many American Box Office films project revealed. Rini is part of animator team for “Hobbit 2: The Desolation of Smaug”, “The Advantures of Tintin”, “The Avengers”, “Iron Man 3”, “Hunger Games: Catching Fire”, “Hobbit 1”, and “the Dawn of the Planet of the Apes”.

Here is a list of few International achievement by Indonesian People: 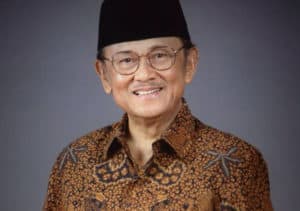 Bacharuddin Jusuf Habibie (known more as B.J Habibie or the Father of Technology and Democracy of Indonesia) was born June 25, 1936 in Pare-Pare (South Sulawesi). He is a genius who enrolled in the Mechanical Engineering Institute of Technology Bandung (ITB) for six month, and continued to Rhenisch Wesfalische Tehnische Hochscule, Germany in 1955 then spent 10 years to complete the study of S-1 to S-3 in Aachen-Germany.

After graduating, B.J Habibie worked at Messerschmitt-Bölkow-Blohm, or MBB Hamburg (1965-1969 as the Head of Research and Development at Analysis Aircraft Structure.

Even, in next years, he served as the Chief of the Division of Methods and Technology in industrial commercial and military aircraft in MBB (1969- 1973).  He become one of the most respected people in Germany and succeed recommend 40 engineers from Indonesia to work at the MBB.

B.J Habibie produces a variety of research and theories to science and technology in the field of Thermodynamics, Construction and Aerodynamics. Some formulation of his theory is known in aircraft such as the “Habibie Factor”, “Habibie Theorem” and “Habibie Method”.

B.J Habibie’s love for his homeland, brought him home to Indonesia in 1974. He was appointed as government advisory on technology directly under the President when still working in MBB until finally decided to retire from MBB and focus on his country, he got appointed as the State Minister for Research and Technology (Technology) who also serves as Chairman of the Agency for the Assessment and Application of Technology (BPPT) before becoming the President of Indonesia in 1998 to 1999.

B.J Habibie was the third President of Indonesia who has 46 patents in the field of aeronautics and the originator of the initial design of the prototype aircraft DO-31, which was later purchased by NASA. His struggle to create a plane for Indonesia is legendary and respected. 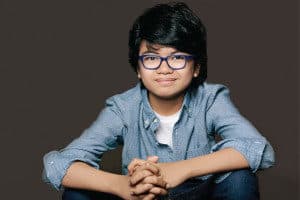 Josiah Alexander Sila (known as Joey Alexander) was born in Denpasar, Bali, Indonesia on June 25, 2003. He is a talented young pianist who learned about jazz by listening to classic albums his father gave him and been in love with it since.

He taught himself to play jazz at age six by using a miniature, electric keyboard his father brought home for him and participated in jam sessions in Bali and Jakarta due to the unavailability of jazz education in his home town. Seeing how Joey love jazz so much, his parent decide to move to Jakarta in order to live near Indonesia’s top jazz musicians.

At the age of eight, he played for Herbie Hancock when Hancock was visiting Jakarta as a UNESCO goodwill ambassador which Joey Alexander later called that time “the day I decided to dedicate my childhood to jazz”.

He won the “Grand Prix 1st International Festival of Jazz Improvisation Skill Contest” held on 5-8 June 2013 in Odessa, Ukraine at the age of nine. Despite being the youngest participant, Joey managed to beat another 43 participants from around the world.

A YouTube video clip of Joey playing compositions by Coltrane, Monk and Chick Corea at the age of ten has impressed Wynton Marsalis, artistic director of Jazz at Lincoln Centerwhich which later invited Joey to appear at his organization’s gala in May 2014 and it marked Joey Alexander’s United States debut.

Finally, at the age of eleven, Joey success in  making his first album and debut album, My Favorite Things, was released on May 12, 2015, on the Harlem-based label Motéma Music and produced by Jason Olaine. 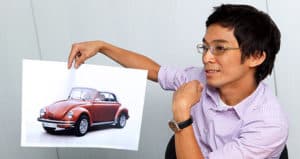 Chris Lesmana is a man from Bandung who grew up in the midst of die-hard fans VW family. Because of his expertise in car, Chris Lesmana was appointed by the boss of Volkswagen, Martin Winterkorn, to build a second-generation design of the Beetle in 2011. In fact, Chris has been involve with the making of VW Beetle since 2007. In 2012, Chris Lesmana was appointed to design the Volkswagen Up! and was awarded the 2012 World Car of the Year. He also designed the VW New Beetle and his design patent is already registered in the United States since 2008. 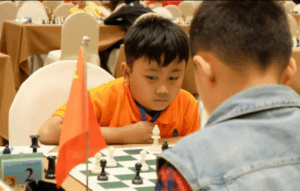 At the age of 4.5 years Aditya was already familiar with the world of chess even though his parents had no background as a chess player. His father claimed that it all start when their family went to their hometown for a holiday, Aditya saw people play chess and immediately spellbound by it then asked his grandfather to taught him how to play it.

Seeing Adit’s potential, without hesitation his father Eka decided to enroll him to Grandmaster Indonesia, a school for chess learning at the age of five.

Eka was very supportive of his son’s talent and strive to get support from various parties so Adit able to continue to carry the name of Indonesia in the international chess tournament. By submitting a proposal, Eka wish he’ll be able to get sponsors in order to finance Adit’s departure to tournaments in other countries.

At the age of eleven, Aditya Good Arfan won a gold medal Asean Chess Championship U-10 category in Thailand in June 2016. He Also Became one of the 5 best chess players International Chess Championship in Malaysia in December 2016. 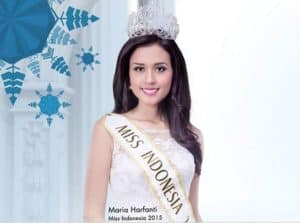 Maria Harfanti was born 20 January 1992 in Yogyakarta. She is famous for being an Indonesian TV Host, social activist, pianist and beauty pageant titleholder who was crowned as Miss Indonesia 2015. She loves singing and playing piano thus has been a choir pianist since she was 16 years old.

While pursuing her bachelor studies at Trisakti University, Maria Harfanti was active in several organizations such as AIESEC and Himpunan Mahasiswa. She also worked as a teaching assistant for regular and international class which is why in 2012, she was sent to teach children in Mainland China as a part of Global Community Development Program.

While in academics field, she was noted as the first student who graduated in her batch and have led her to becoming an Indonesian delegate for International Conference of Business Economics and Accounting in Bangkok, Thailand in 2013.

In 2015, Maria represented Yogyakarta in Miss Indonesia 2015 and success winning the crown as well as Beauty with A Purpose awards.

Maria Harfanti was crowned as 2nd runner-up of Miss World 2015, awarded Miss World Continental Queen of Beauty Asia 2015, and the winner of Beauty with A Purpose challenge event, with her project, bringing clean water source closer to people suffered from water crisis, building community toilets, and giving education about the importance of sanitation in Kamancing Village, Pandeglang, Banten. She has earned the highest points among Asian contestants, reaching the highest place for Indonesia in this pageant so far.

Indonesia, as well as their environment around has already known worldwide as “friendly country”. Many foreign feeling comfortable not only for take a leisure time, but also for take an opportunity to get a work as well as earn money by cooperate with other Indonesian people.