13 Most Famous Musical Instruments in Indonesia

There are so many languages in the world because each country has different language with the others. That is why there are sayings who said that music is a universal language which can touch and unite people no matter where that music comes from.

Have you ever liked a song even though you do not understand its language? that is a concrete example that music is a universal beauty which does not have to be said. Music instrument has a magical touch to make the song sounds beautiful. Here are some Indonesian music instruments from Indonesia which amaze the world. 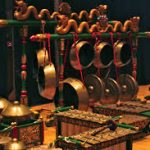 This is an instrumental ensemble from Indonesia and generally it consists of bronze percussion instruments. Each gamelan has different sound and tuning to prevent it being interchanged one to another. Gamelan is played in traditional way but it is very popular in foreign countries, even gamelan is added to the curriculum.

Some countries which added gamelan into their curriculum are New Zealand School of Music (NZSM) in New Zealand, California University, San Jose University, and Lewis and Clark College in United States.

Meanwhile in Singapore gamelan is an obligated subject for the elementary students, and almost all regions in Singapore has gamelan. The most surprising part is that in Japan gamelan becomes a hgh-class music because it has a relaxing vibe and produces a soft sound. Read about  Facts about Gamelan Music Indonesia 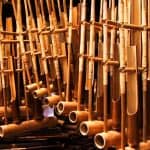 Angklung is a traditional music instrument which often being performed world concert or world music performances. It is made of some bamboo tubes which attached to a bamboo frame. Read more about 4 Things about Indonesian Angklung Facts

Those tubes are carved so that they will have resonant pitch. One hand is to hold the frame meanwhile another hand shakes the instrument. Angklung belongs to Sundanese people and is originated from West Java.

Not only functioned as the traditional instrument, angklung becomes the cultural identity for Sundanese communities. It could promotes several values such as teamwork, mutual respect, and social harmony. UNESCO recognized as a Masterpiece of Oral and Intangible Heritage of Humanity in 2010. In order to celebrate its 5th year anniversary as the UNESCO cultural heritage, an angklung concert was held in United States and it is making 500 audiences echanted. 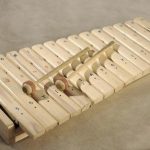 This traditional music instrument comes from Minahasa, North Sulawesi. Kolintang is made of local woods which placed horizontally. The name kolintang itself is taken from local language in Minahasa; Tong (vat), Ting, Tang (pliers).

The local people used to say ‘Let us do TONG TING TANG’ or ‘Mangemo kumolintang’ so that kolintang is the simplification of those sayings. Different technique to bang the stick to the kolintang bar produces different rhythm. Kolintang music can be performed at many ocassions such as social enterntainment as festival, harvest ceremony, parades, wedding ceremony, religious rituals, and even informal events. 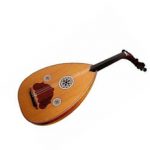 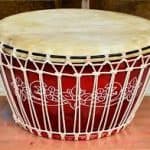 There are no specific way to play gendang, you only have to hit it with your palm therefore each gendang player has his/hr own characteristics in playing this musical instrument.

Gendang nowadays is used as a magic touch in dangdut music. The gendang’s surface itself usually made of animal’s skin such as cow skin. It can be found in many places in Indonesia. 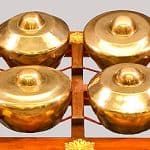 Bonang is a musical instrument which becomes part of gamelan perfrmance. Looking at its visual, it is pretty similar with bende but bonang has smaller size compared to bende. In a gamelan performance, bonang takes an important role in making a good rhythm to the current played song. Bonang is functioned as the tone leader, it starts and ends the song. 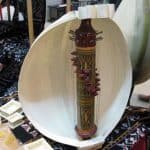 Its artistic appearance is the main attraction, so people are attracted not only towards its melodious voice but also to its unique shape.

On the other hand, The color of sasando is white and it use woods to strap the stretch. This musical instrument is played by plucking way. The sounds of the melody is very good and it is fascinating. 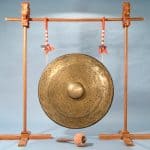 This is one of the most familiar traditional instruments for you, right? Gong is also included as one instrument in gamelan. The shape is rounded big and it has bulge in the middle part. Gong is a traditional musical instrument from Central Java.

Bonang is used as the leader in gamelan but gong is functioned as a guardian of gamelan performances. Now gong is not only used for gamela performance but also as the symbol of inauguration in several ceremony or events.

Here I give you Beautiful,wonderful, as well as live performance of Angklung Music. Check this out.

10 Common Types of Woods in Indonesia