Traditional music of Indonesia develops in every region and passed through generations. It still exists in the community. This music has also been born, grown, and developed in the region since their ancestor lived.

In general, traditional music of Indonesia has the following characteristics: 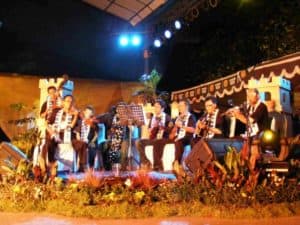 Manwhile, in 1930,  keroncong music is widely used in Indonesia’s movie industry. From time to time, this music is also used by the people to voice their struggle for independence.

One example of the famous keroncong song is Bengawan Solo. This song tells about the river Bengawan Solo which is the longest river in Java.Then, this song became famous all over Indonesia because of its beautiful lyrics and unique melody. 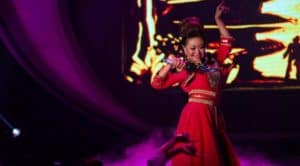 Dangdut is one of the most popular traditional music since 1970 and still popular until today.

Dangdut music was originally one form of dance music. It combines both of local music traditions, Indian, as well as Malaysian film musics.

Meanwhile  the style of dangdut developed in Jakarta since 1960s.  In the begining, Dangdut music was born in the mid-20th century. Thus, there are the desire of Indonesian young musicians to develop both modern and traditional music.

Meanwhile, In 1990, the government analyzed by viewing the music as an important pledge of Indonesia’s development. Moreover, the music had attracted people across socioeconomic classes. Moreover, not only in Indonesia, this music is also famous in Malaysia and is known as the symbol of Malay people. 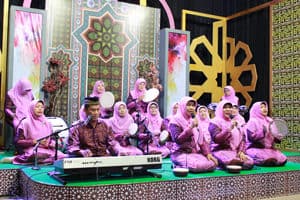 Qasidah is music comes from Arab and has been widely known in Indonesia.

Qasidah songs are usually a poetry which accompanied by chanting and percussion. Modern Qasidah comes from Islamic pop  mixed with local dialect.

Moreover, it lyrics describe the situation of Indonesia at that time.

Campursari is a dangdut music that is influenced by Javanese culture especially in Central Java and East Java. However, there is also a widely known version of Sunda Campursari in Bandung, West Java.

Jaipongan is a complex rhythmic dance music which comes from Sunda, West Java. The Sundanese use this music as a companion of their traditional dance, Jaipong dance. This music has a unique rhythm and makes general people hard to imitate it. The original traditional music instrument of the Sundanese are usually used to accompany this type of music.

Gambus is a traditional Indonesian music mixed with Middle-East-derived Islamic vocals and instrumental music. The characteristic of gambus music is the existence of 12-string pear-shaped guitar which is used as a companion instrument.

Tembang Sunda is a song with lyrics like poetry. It developed in the colonial era in the area of Cianjur, West Java. In this music, the lyrics are sung very distinctively for expressing freedom. The accompanying music used is the kecapi indung, kacapi rincik, suling or bamboo flute, and rebab.

Uses of Traditional Music in Indonesia

In general, music is used as entertainment for humans to relieve their fatigue due to routine daily activities. Likewise with traditional music, local people make traditional music as a recreation and gathering event together with other citizens. On the other hand, in every region, there will usually be a music show at a certain time. Indonesian people are very enthusiastic about every music performances held in their area. If there are live music performances around the area they live, they will flock to come and watch the show happily.

B. Medium for Cultural Ceremony or Ritual

Indonesian society is a society which continuously upholds the traditional ceremony passed on from their ancestors. Usually when performing traditional ceremonies, traditional music will be used as companion when the ceremony takes place. The ceremonies are such as ceremonies of birth, death, marriage, religion, and state. Beside that, in Indonesia there are still some areas that still believe in things that seem magical. Residents in the area believe that the sounds produced by certain musical instruments have magical powers. Therefore, traditional musical instruments are still used as a medium for cultural ceremony or ritual.

However, nowadays dance music is not only using traditional music. There have been many traditional dances which accompanied by modern music such as poco-poco dance, dance, and so on.

See also: Unique Facts About Indonesia – Why is Indonesia Important

Apart from being a medium for self-expression, traditional music can also be a source of income for the artists. They can record their artwork in the form of a tape or compact disk and then sell it to the market. Once the income earned, local artists can meet their living needs. In addition, local musicians also often hold live music performances. With these musical performances, many people who attend and pay the entrance ticket will be a source of income for the musicians. Not only in the local area, the musical performance may also be performed in other parts of Indonesia and even abroad.

We must appreciate this priceless cultural heritage of Indonesia. Hopefully you find this article useful for you. And please still looking forward to our next discussion about the other unique facts of Indonesia.

Get to Know About Gamelan, An Authentic Sound...