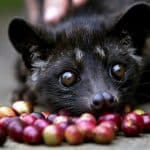 This coffee has climbed and secure its place as one of the most popular coffee in the world. An additional information, its taste has nominated luwak coffee as the most expensive coffee in the world. This coffee kind is unique because it has different producing style which is fermented in Luwak body. Luwak itself is a little mammal lives in trees who eats the ripe coffee cherry or coffee bean.

That little bean undergoes fermentation system when it reaches luwak’s stomach and then the fermented bean will be going through luwak’s digestive system and exits. After that the finished coffee bean is cleaned and roasted. Luwak coffee is known for its soft, mushy, and exotic taste. To enrich your knowledge please read about Indonesian Street food 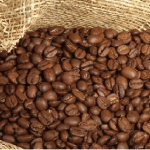 Just like its name this coffee is originated from Javanese province in Indonesia. his coffee is also include as Arabican coffe kind. Surprisingly the world ‘Java’ itself becomes a slang word which refers to coffee. The original coffee farming in Indonesia is started during Dutch colonialism era in Indonesia during 17th century.

However due to its authentic taste coming from good coffee farm in Java, Java still being the world number 1 coffee producer in the world. You may want to read about Traditional Drinks of Indonesia 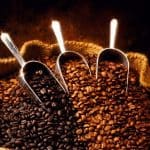 Other Indonesian region which produces good and qualified coffee is Toraja, South Sulawesi. No less authentic than Javanese coffee, this coffee is also popular in the world. The people in Toraja trust coffee as its main commodity, it grows in a quite high place in Toraja soil. The popularity of Toraja Coffee goes to Japan, said that almost 40 percent of coffee consumed by Japanese is toraja coffee and it is considered as a fancy coffee in Japan.

This coffee is also popular in United States, Dutch, and even some Scandinavian counties. You can spot Toraja coffee as the display in many classic and modern cafes there. The taste is quite bitter and it tastes like forest’s soil. See also  Most expensive Coffee in Indonesia 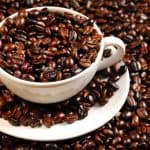 Same like the other coffees mentioned above, Gayo coffee is also included in the list of one of the most expensive coffees in the world. United States and European countries are the main importer of this coffee kind. 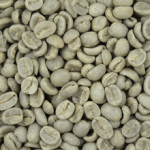 Wamena coffee is one of best organic coffees in the world. Wamena is located in Papua therefore the fertile soil in Wamena supported the coffee farmers to produce a qualified coffee which is good for health. The aroma is very tempting, it has a smooth textures, and a sweet after taste, so that this coffee is clearly different with the rest.

Some coffee lovers are saying that this coffee has the same taste as Premium Jamaican Blue Mountain coffee.  The main importers of Gayo coffee are United States, Singapore, Japan, and Australia. 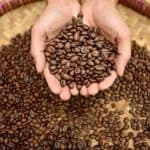 Kintamani plateau is part of Bali, Indonesia. Kintamani coffee is also an organic coffee, originates from the coffee farm which still applies traditional irrigation system. Kintamani coffee has fresh and good quality because it is planted in a cool area in Kintamani. This coffee has a spice-like taste, smooth in textures and taste so it creates smooth taste in your tongue.

The coffee farmers in Kintamani have a great concern when harvesting the coffee bean so that it does not taste to biter and not astingent. And again, Japan is considered as the main importer of this coffee kind. Increase your knowledge by read Herbs in Indonesia 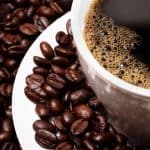 Sidikalang coffee is planted in Bukit Barisan region in Sidikalang. The soil in this hill is rich with minerals and it has a good cool weather therefore Sidikalang can produce a good and qualified coffee.

Sidikalang coffee has a heavy taste compared to the other coffee variety in the world. The characteristic of this coffee bean is shiny, has a balance in acidity, aroma, and complexity. 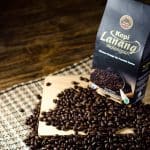 Lanang word is taken from Javanese language which means male or man. It is named after man because it can increase man’s vitality. The main producer as this coffee kind is East Java. This coffee kind contains much caffeine so it is very suitable to get rid of the sleepiness.

This coffee is known as peaberry in trading world, considered as a unique coffee because this coffee kind is the result of post-harvest coffee beans which have anomalies of abnormalities. It has a abnormal coffee bean shape which looks like a broken bean seed. This coffee is popular in United States due to its high caffeine and its abnormal shape. 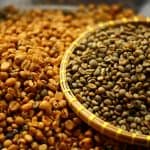 One of Javanese coffees whis is very popular in the world. This coffee existed since Dutch colonialism era in Indonesia and it attracted European’s coffee lovers heart. The European even refers Java as coffee, they said ‘A cup of Java’ instead of ‘A cup of coffee’.

Then, here i give you more information about some people who already taste the most expensive coffee in the world. Check this out.

That is all the explanation of 13 most popular coffees in Indonesia. Most of the coffees on the list are considered as either the world most expensive coffee, the world most qualified coffee, or as one of the world’s best coffees. For those who likes to drink coffee, you may add those 13 coffee kinds to your must drink coffee list.

10 Types of Batik Printing in Indonesia