10 Most Popular Spices in Indonesia (#4 is Common)

Indonesia is a country with so many cultures and traditions. You can find all kinds of unique stuffs to add to your dictionary about traditional knowledge of the world. One of these richness (and my favorites kind of richness) is of course : The food!

You probably have heard of the deliciousness of our food, whether it is from The Fine Bros youtube videos (they provide American reacts to Indonesian food and they love it!), food blogs that you just stumble across accidentally, or even you are one of the people that has taste the deliciousness of Indonesian food for yourself. Regardless of what and where that information come from, I’m sure we all know that Indonesian foods are so full of taste. It contains a lot of spices and therefore, the taste we produce in our food is also rich (Oh-so-rich, in fact).

If you really want to take a look deeper, these delicious meals are not only prepared with mother love. They are also prepared with all kinds of spices that are spreading around the country. Of course, we can’t go through it one by one because there are many – SO MANY – stuffs. But, we can take you to know some of the best stuffs better.

Java tamarind is one of the crucial spices in Indonesian foods. Maybe not all of it using this particular spices, but there definitely a lot of them that does. This spices usually poured into the mixture of the food to give a little sense of sour.

People usually use it by soak it in hot water, and then take just the water to then added to the food. It is extremely healthy for our body and if consumed regularly, this spices could actually helps us maintain our digestive system.

Other than that, you can use this spices to keep your body stable in weight. People also uses this ‘fruit’ as a cure for cough as well.

Moms in Indonesia are often adding java tamarind in their fish before they fry or simply cooks it. This is because this particular spices could do wonder when you want to make those fishy smells of it disappear. 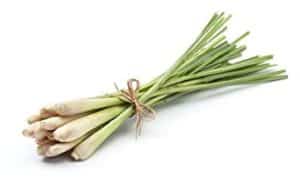 This part-grass spices is actually very useful if you want to add delicious aroma to your cooking. Lemongrass could be added to the food in order to make the food rich of those nice scent.

If you want to add lemongrass to your food, you could do that by crush the lemongrass first, because this way, you could actually make its essence melts away with your food.

Just like java tamarind, lemongrass has many benefits for your body if consumed regularly. It could maintain your blood pressure, make sure your digestive system healthy and happy, cure cancer, and even make your skin beautiful. 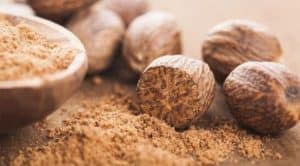 Nowadays, Indonesian nutmeg is one popular spices, practically everywhere. I’m sure you guys have heard of it before. Originated from Maluku city, this spices particularly used for a meal like semur (traditional food of Indonesia, meat with spices).

This spices has rather acute smell, so you can add just a little bit of it to your food and you’re good to go. Just like previous spices, it has so many benefits for your body. It could cure your insomnia, dizziness, pimple, etc. 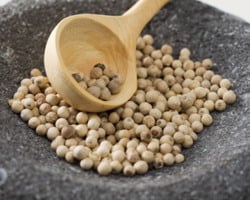 As one of the most popular spices (my mother has to make sure we got this baby each and every day because of its extremely useful part in foods), white pepper is used a lot in our food. This spices give a good spice taste and usually people use it for the food like fried chicken, soup, etc. When you want to use this particular spices, you’re gonna have to grind it first.

Therefore, nowadays there are so much shop that sell grind white pepper. Other than Indonesia, you can actually find white pepper everywhere, even your own country (where ever you live). This is due to the effectiveness of seasoning that this spices is capable on doing. You can do wonder to your food’s taste just by adding little pinch of these tiny babies. 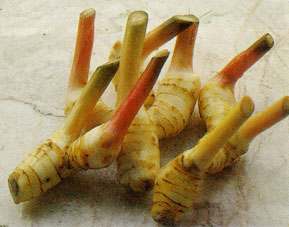 This spices is called ‘Laos’ in Indonesia. You can find it pretty much everywhere in Indonesia because this plant is a strong plant. It is capable to restrain tough environment and as a result, you could find it in the lowland or highland.

On the other hand, This spices give extra ‘hot’ taste in the food and just like nutmeg, in order to use it, you have to crush it first. The meat of this spice has red-ish and white color, and it could feel a little hard when you try to cut it.

Greater galangale is called ‘kencur’ in Indonesian language. In fact, we have so many unique names for this spices alone. In west java, people called it cikur. In Aceh, ceuko. In Madura, ‘kencor’. Cekuh, sukung, asauli, soul, umpa, and even sekir, are several of its other names in several area of Indonesia.

Meanwhile, the texture of this spices is a little bit smoother than galingale and has very particularly special smells, making the food will also have those special aroma when greater galingale is poured in. You can add this spices in all kinds of stuffs; like crisp, tonic herbs medicine, etc. 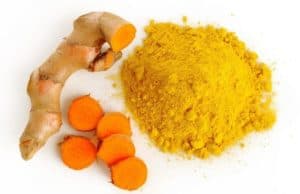 Turmeric is one of the most common – and special – spices in Indonesia. The bright yellow-orange color makes it ideal to make your food looks interesting and tasty. Usually, we use this particular spice for food like yellow-rice, chicken dish with various spices, kare, etc.

Other than food colorant, turmeric could also be used as a tool to dismiss fishy smell from food. If you don’t want to make your hand yellow by crushing it manually, you could actually find many turmeric powder in various shops throughout the country.

8. Cinnamon / Licorice : Cinnamon is a spices that you can find inside the plant of cinnamomum genus. This particular spices is commonly used in food so that the food could taste a little bit sweeter, with its special aroma. If you mix cinnamon/licorice in your food, you could find your food being fresher and even more tasteful. Usually, the taste of cinnamon powder is stronger than cinnamon stick.

9. Candlenut tree : Candlenut trees are often used in Indonesia and Malaysian food. It is useful for making the food taste salty and more deliciously crispy. In Java island, people use candlenut tree as a thick gravy for food. They could eat it with rice (Indonesians loves rice, this is no secret) and sometimes vegetables.

10. Coriander : Coriander originally came from south Europe. These little seeds are usually 1-2 millimeter in size. It looks like pepper if we look at it briefly, but we’re gonna find that it is actually a bit smaller. If you wanna use this particular spices, you can try frying it first before using it.

Those are most popular spices which commonly used for every food served or originally from Indonesia. As we know that spices in Indonesia is so many. However, there are some spices always used for daily foods and make the food more delicious than before.