15 Unusual Traditions in Indonesia (#2 is Extreme)

You must have known that Indonesia is an archipelagic country that has many ethnic, tribal, and faiths. Therefore it is not a new thing to know that Indonesia has very unique Indonesian Traditional Lifestyle varying in each region from Sabang until Merauke. These traditions are still preserved today, so you can still see how these traditions coexist with the community. 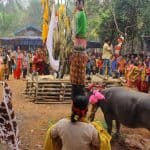 There is a special tradition in  Central Kalimantan. This tradition is about a performance for the died people. Tiwah ceremony is usually done by the Dayak tribe to deliver the bones of the dead to a house called Sandung. This ritual aims to straighten the journey of the soul to Lewu Tatau or heaven.

In addition, this unique ritual also aims to release misfortune for families who have been left. Tiwah ritual made as tourist attraction because of its uniqueness so that foreign tourists put so much interest to this ceremony 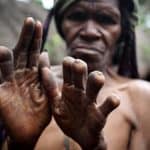 For Dani tribes fingers have a deeper meaning. The fingers symbolize the  form of harmony, unity, and strength in human beings or a family. 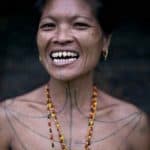 First, she must have long ears. Second, her body should be  decorated with titi or tattoo. Third is the most essential one which is pointed teeth.

On the other hand, the tradition of sharpening teeth is believed can increase the local woman’s beauty. 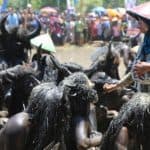 This ritual originates from Javanese region especially Banyuwangi. This unique tradition is an annual tradition, it is always held every time the calendar reaches the 10th day of Suro or 10th Muharram.

This ceremony requires some men to dress up like a buffalo and make sacrifices to plow the fields.  After plowing the rice fields there are Kebo Keboan parade  around the village accompanied by folk art carnival. This kebo-keboan ritual aims to ask for rain during the dry season. 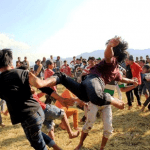 South Sulawesi also has a unque tradition which is the tradition of fighting calves. In Indonesia, most of the people are farmers therefore Indonesia has so many traditions to show gratefulness to the harvest season.

One of them is in Dusun Paroto, Sanaeko Village, Barebbo, Bone, South Sulawesi that performs tradition of calf fighting.

Unique, isnt’t it? This tradition is done through the game called Malanca. the essence of this game is to push the youngsters’ spirits to participate in this enjoyable event. 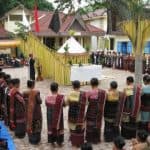 The Minahasa tribe has a unique funeral ritual which is different from other traditions. The Minahasa people positioned a dead body sitting while hugging his legs instead of lying his body in a sleeping position.

According to the local belief, this funeral tradition  symbolizes the holy state and it brings goodness. Not only positioned to sit, the dead body also  should be facing to the North direction. This is due to stories passed down from the ancestors of the Minahasa people. 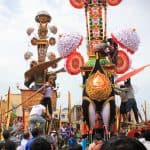 The word tabuik is taken from Arabic language which means the word ark or parade.  This tradition is done by people on the West Coast, West Sumatra as a heritage from the ancestors.

Meanwhile, Tabuik ceremony is held during Asyura day which falls on the 10th day of  Muharram.

This traditional ceremony becomes a symbol and a form of expression of deep sorrow and respect of Muslims in Pariaman towards the grandson of Prophet Muhammad SAW. 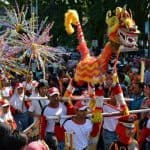 Semarang region has its own way to welcome Ramadhan month, the city usually holds an event called dugderan. This tradition marks and tells the people that the holy Ramadhan month is coming soon. One of the hallmarks of this event is the arab warak ngendok.

Warak ngendok this is a fictional star of a goat, which has dragon-head and has a golden scales. Warak Ngendok is shown to resemble an animal figure with its mouth wide open and tongue sticking out. This creature also as a symbol of harmony between religions and tribes contained in Semarang. 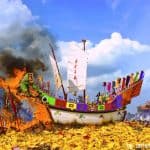 The Chinese ethnic  who live in Bagansiapiapi, Riau always hold a tiger-burning ritual held every July. This ritual is a cultural heritage from the ancestors for the local people.

According to the local people beliefs, the objective of this ritual is done by the ancestors so that they will not be back to their origins.

The other meanings are  the ceremonial memorials of the gods Ki Ong Ya and Tai Su Ong who are described as two-sided gods. 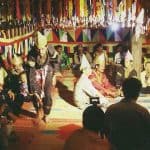 Speaking of Indonesian characteristic, we cannot forget about pantun.  In West Sumatra there is a berpantun tradition. Originally  batombe is a tradition that is usually done when the local people build a gadang house.

The essence of this tradition, the local people want to entertain people who work there. Not only that, this tradition also requires the people to dance together following the music sound.

Finally, those are some unusual traditions in Indonesia that still exist until now.

10 Unusual Sports in Indonesia (#6 is Unique)

15 Street Food in Kuta You Can’t Forget to Try