Globalization in Indonesia has been happening for several decades. It is a part of Indonesian Economy Growth that every Indonesian face.

Moreover, The globalization means Indonesia is opening up for foreign companies, investors and workers. it is a process in which enable people from all over the world to interact, depend on and influence each other across national boundaries.

Disadvantages of globalization in Indonesia 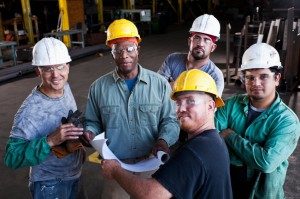 A developing country like Indonesia will compete with foreign workers that come and work in Indonesia. Before the Globalization, Indonesia has always faced major unemployment issues. The Globalization just makes it worse.

The overall idea to have Indonesia to be more skillful and motivated to compete with foreign worker cause more problematic problems. It makes an opportunity for people to work in Indonesia.

Companies select their employee differently. Nowadays, people work with a minimum of a year working contract. There is almost no guarantee that any employee can make a certain to dedicate their skills and knowledge in a company over than a year.

This also creates economic social problems lead to health deficiency quality. people will overwork and show sign of stress due to anxiety at a workplace.

Indonesia before globalization can decide their economic growth in their own pace. However, due to the economic changes in regulation where the world needs to move together, Indonesia is rushed to transform their entire industry just to be able to catch up with other.

Moreover, Indonesia doesn’t have a strong environment rule which benefits the country wellfares in favors. So, many companies can get away with boosting their productivity neglecting the environmental problems that can come with it.

Environment and sustainability is a very common thing in developing countries, supported by government strict regulations and public liking.

Indonesia sadly hasn’t reached to that level of awareness. Therefore, globalization indirectly affects the environmental issues due to water, air, land pollution from small and big companies. It still takes another decade before any regulation can force companies to put more funds into providing a cleaner waster management.

Increase in industry productivity also means the increase in limited energy source, such as natural gas, oil, etc. Indonesia is already out of breath to support global demands. Although, Indonesia natural resources are rich and vary it has a poor management.

Develop counties will manage their natural source by dividing, limiting and researching for any optional resources. Some country will even prefer to import from other country and avoid to use up their own stocks of resources.

In addition to the massive usage in the past years, we may be looking up the lack of natural resources. Indonesia with their rich natural resources focuses on exporting in low prices to other countries.

However, if we look at the industry change, Indonesia ended up importing from other countries the product from their own resources.

In this rate, Indonesia will surplus their energy source faster than anyone anticipated. If there is anyone that pays any attention. 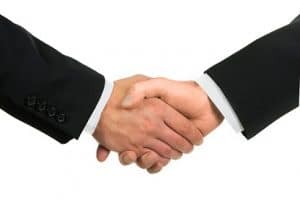 Indonesia simply acted as the supplier and consumer. Any money going in between benefits foreign investor and their country more than it affects Indonesia.

Prices of imports become high and money is increasingly out of balance with real goods and services. Also, this condition remains, interest rates will rise, greatly raising the cost to governments, corporations, and individual citizens.

6. Dependence on other countries

Goods can often be obtained cheaply from elsewhere. A country may come to believe that there is no point in producing its own food, clothes, and other basic needs. Indonesia already exceeds their import of rice and fail to consume their own rice products. It sadly affects Indonesia small business and other small industries. 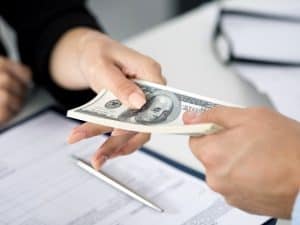 Indonesia already has a long list of International loans from other countries. These loans burdened the next governmental which taken lightly by the current government. Therefore, with globalization happening, it is easier for the government, companies and personal to take loans to support their productivity.

It has a long run influence that burden the country in the next 10 to 20 years. Indonesia with its rich resources, natural and personal is more than able to manage their country resources and welfare by themselves, without any loans. This fact seems unrealistic with the constant comparison with the global world.

Many foreigners come and work in Indonesia taking their habit and culture with them. In addition, the global era also supported by endless streams of media and information.

Indonesia will feel more western than before. Foreign food, clothing, brands are considered more trendy compares to the Indonesian ones. This creates a lack of interest for anything Indonesian by Indonesian people themselves. Youngsters are the more visible group that shows more interest in foreign culture and gradually disliking their own habit and traditions.

There are many reasons why Indonesia good for business. Companies, factories, Manufactures can open their business in Indonesia.

However, it also affects Indonesian companies, manufacturer and small businesses. Globalization cause Indonesia companies to have an International standard to compete with other global companies in Indonesia.

This surely influences their trading ability in Indonesia. For some company, it very hard to go Internationally, when in their own country their product loses value compared to other product from other countries.

A direct result of globalization serves the rich better than the poor. Indonesia is flooded with foreign products which serves more the rich citizens. The less fortunate are trap between low income, hard to compete with large companies and even foreign ones. Even if anyone tries to start a small business more likely it crumble before it started.

Free trade world is the result of globalization. Indonesia product also has the opportunity to enter other countries.

This is a very positive influence from globalization for Indonesia. This will gives benefit domestic companies to promote Indonesian to other countries. However, the government has poor management in supporting these sectors.

Product coming into Indonesia is more massive compared to the product going out. Promotion to another country can be seen from exhibitions and fairs that have more opportunities to try. Sadly, this often overlooks and remain a small contribution to Indonesia.

All the above disadvantages influence Indonesia economic growth. Indonesia is more likely to have an unhealthy economy condition that lies heavily in foreign investors, workers, and loans. Moreover, globalization enhances domestic use for cheap foreign products.

Overall, globalization has an adverse effect on Indonesia prosperity. It may have positives impact in the country growth, however, the disadvantages of globalization may not be overlooked. Moreover, it requires serious attention to develop more suitable economical decision from the governmental level to personal choices.

25 Tips for Traveling in Indonesia