In general, Indonesian nation from ancient times is very famous for its abundant natural resources. This fact has been recognized by various countries throughout the world. Thus, of course as good citizens, they should be able to preserve their natural resources and avoid the practices of natural destruction.

In fact, Indonesia is also known for exporting several world-famous products or natural resources. Here are the lists of to Indonesia Commodity export you must know. 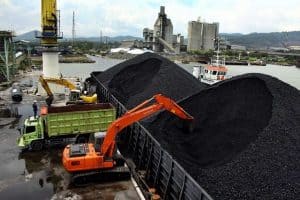 Now Indonesia occupies a country that has the largest coal reserves and has the best quality in the world. There are very many coal mining companies or industries in Indonesia, both privately owned and owned by Indonesian SOEs. The coal mining sector has now stretched and flapped its wings abroad.

This is evidenced by the success of Indonesia in exporting coal to India, Vietnam, China, Taiwan and other countries. The majority of coal mining companies in Indonesia have exported their mining products to various countries with a variety of various Gross Calories GCV / GAR or Net Calories. The majority of mining companies are located on the islands of Kalimantan, Sulawesi and Sumatra. The value of coal export transactions also shot up to 12.9 billion US dollars, equivalent to more than 165 trillion rupiah per 2016-2.

Indonesia is known as the leading producer of the world’s largest cinnamon and has excellent quality compared to other countries. Until now, this country is still the main exporter of this one commodity with a market share of 35% or 64.7 million US dollars. In Indonesia, there are more than 150 thousand square hectares of land for cinnamon trees. The biggest planting of cinnamon in Indonesia is in the province of West Sumatra and Jambi, which is around 80% of Indonesian cinnamon producers.

Did you know that the import requirement for world cinnamon is 100,000 metric tons per year on average? Amazing isn’t it? The countries that import cinnamon from Indonesia are the United States, Singapore, Dubai and Malaysia. Thus, we must increase the market share for this excellent Indonesian commodity. 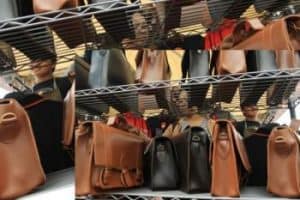 Indonesia is now starting to export leather products. The cultivation of various leather-based products turned out to be able to contribute very well to the country’s economy.

Manufacture of leather products that are of high quality and have more economical selling values such as sling bags, leather jackets and other products are now in demand by European markets such as Italy, Switzerland, Germany, the Netherlands and the United States, and Singapore. The transaction value from the sale of leather products has shot nearly 25 million US dollars per year.

Indonesia has long earned the title of the largest producer and exporter of coffee in the world by exporting coffee that has the best quality in the universe. Most of the products are super quality and low quality Arabica and Robusta varieties.

In addition, Indonesia is also famous for having a number of specialty coffees such as ‘civet coffee’ (known as the most expensive coffee in the world). At present, Indonesia’s coffee plantations cover a total area of approximately 1.4 million hectares, of which 873 thousand hectares are robusta plantations and the rest are Arabica plantations and Luwak breeding as in the Gayo highlands. Thus, as for the destination countries that often imports coffee originating from Indonesia, such as Malaysia, Singapore, Al-Jazair, Dubai, Qatar, Germany, the Netherlands, and other countries.

Indonesia from 10 years ago to the present is still the largest exporter of shrimp products in ASEAN and has the best quality in the world. Then it was followed by neighboring countries such as Thailand and Vietnam which became heavy competitors in the problem of exporting these products.

While for the largest shrimp export destination countries from Indonesia are Japan and the United States. so far the shrimp products produced from Cilacap are not fish-based shrimp, but come from the sea so they do not contain antibiotics.

Indonesia’s next leading export commodity is forestry products, where the Indonesian forestry industry is one of the contributors to government revenues. The natural product of this one is gross domestic product and foreign exchange earnings.

The diversity of Indonesian furniture and craft products has a comparative advantage both in terms of their unique design and legality because they are equipped with environmental-friendly certification and trade sustainability. One of the important certificates that need to be owned by exporters of wood products is a certificate of Timber Legality Verification System (SVLK) or V-legal timber.

Did you know, Indonesia is the number one producer of palm oil and its number one derivative product in the world? The world production of palm oil (CPO) is dominated by Indonesia and Malaysia. These two countries produce a total of around 85-90% of the world’s total palm oil production. At present, Indonesia is the largest producer and exporter of palm oil in the world. The world demand for palm oil shows a demand trend that has a tendency to increase in line with the increase in the world population which will therefore have an impact on increasing consumption of products with palm oil raw materials.

Nearly 70% of oil palm plantations are located in Sumatra and also on the island of Borneo. Export destinations for palm oil products and their derivatives are: Russia, Japan, China, Bangladesh, India, Pakistan, Singapore and others. 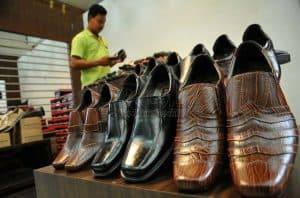 The matter of Indonesian creativity is also good, one of them in the field of footwear. Dominated also by small and medium industries, this commodity is able to become one of the 10 mainstays of Indonesian exports whose value is increasing.

Ministry of Industry noted, the distribution of Small and Medium Industries in the field of footwear in Indonesia reached 32,562 business units which absorbed 113,907 people. Its own export value has reached USD 4.9 billion, equivalent to 2.9% of total exports and is expected to grow.

Rubber is a commodity product that is used in many equipment throughout the world, ranging from industrial equipment to household appliances. There are two types of rubber that are widely known, namely natural rubber made from rubber tree sap, and synthetic rubber made from crude oil. 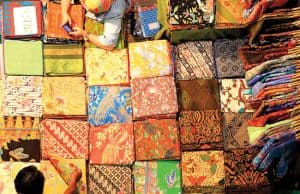 Cocoa Beans are the basic ingredients for making chocolate and other food ingredients. The cocoa sector contributes greatly to the economy in Indonesia. The Indonesian state also succeeded in becoming the third largest cocoa producer in the world. The mainly cocoa-producing areas in Indonesia are Salatiga, Central Java. The value of cocoa exports even reached USD 1,224.5 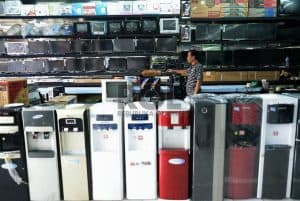 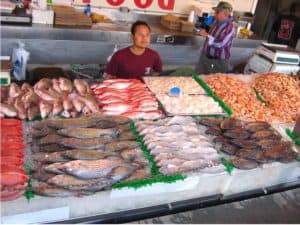 Indonesia is known as the largest fish producer and exporter of fishery products in the world, it turns out Indonesia has never had a scarcity of fish. Indonesia has the best quality fish in the world both from marine catches such as yellow fin tuna and blue fins, red fish, sea carp, etc., and Indonesia also has aquaculture fish such as catfish (cat fish) ), tilapia, and much more.

The good news is that Indonesia can export canned fish products such as sardines, canned tuna and shredded fish. Thus, of course the fisheries sector has a very large contribution to employment and contributors to the country’s foreign exchange.

Those up above are the giant export commodity in Indonesia. Some of them could even help Indonesia economy growth in the late year. It seems that Indonesia becomes the stronger country day by day.

The Must Try Foods in Surabaya East Java

10 Modern Jobs You can Do in Indonesia

10 Facts about Cost of Living in Indonesia...