30 Incredible Facts about Rice in Indonesia 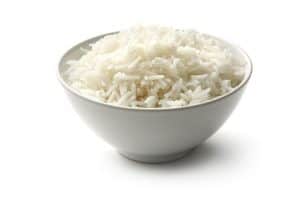 You may be wondering, what makes rice so popular in Indonesia? When you visit the country, it’s not uncommon to see rice served in various ways with all kinds of side dishes.

It almost seems as if rice is the main star. The truth is that rice has become so ingrained into the Indonesian culture.

As you read these 30 Incredible Facts about Rice in Indonesia, you will see how crucial rice is to everyone in the country.

Rice is a staple food in the country as people routinely eats it in their daily lives. The average Indonesian can eat rice 3 times a day. In fact, some Indonesians don’t consider it eating if there is no rice included in the meal. Rice is the main dish for every meal.

Indonesia is the third leading producer of rice in the world. The first is India which is followed by China. Many forests area in the country are reduced in order to provide land for more paddy fields. The demand for rice production is high since there are millions of people in the country.

3. A Part of Cultural Cuisine

Rice is a part of many cultural cuisine in Indonesia. There are plenty of famous food of Indonesia that relies on rice as the main ingredient. The most popular one is Nasi Goreng which is fried rice. It is so loved by many because it’s easy to modify and readily available anywhere.

What helps in keeping the economy in Indonesia to grow is rice. Without it, the economy will suffer a great loss. The economy stability of the nation heavily relies on rice. A shortage of rice will cause an inflation. People will be affected too as many won’t be able to afford basic food.

Although Indonesia produces many rice, it is still not enough. Indonesia still imports rice from other countries to prevent any shortage. The imported rice is also kept as a back-up plan to fulfil the customers demands for it. The demand is far too high than the country’s ability to produce locally. Through this, you can truly see the importance of rice in Indonesia.

The rice mafia in Indonesia often hide a large supply of rice from any recent harvests. The rice is only supplied to markets when the country has to increase the price due to shortage. During this kind of crisis, there can sometimes be an oddly huge amounts of rice that suddenly appear in the markets.

In Indonesia, rice is the main food that feeds more than 100 million people every year. It feeds those who buy it for their daily consumption. Rice also feeds the people who rely on it as a source of income such as the farmers. Indonesians basically depend on rice so they can survive.

Rice can be grown successfully in Indonesia because the condition is suitable. It needs a constant supply of water in order to grow properly. Go ahead and read all the facts about the climate in Indonesia. You will see that the heavy rainfall Indonesia receives every year makes growing rice easier.

9. White Rice is the Most Popular

Indonesians prefer white rice over any other varieties. Red, brown and black rice are not so popular. People like white rice because of the taste and the texture. It’s also relatively cheap. As for the other kinds, they are often consumed by people for health reasons.

The average price of rice is around Rp. 12.000 for every kilogram. That would be around $0.90. However, the price can often drops or may even rise. Once the price of rise is raised, a kilogram may reach Rp. 15.000. Many people in Indonesia find that price quite expensive.

Indonesia is very prone to fake rice. There have been many cases where fake rice is sold to the consumers. The rice often comes from China and made with plastic. People should be wary if the rice grain is too white, has unusual strong smell and rough in texture.

Rice is still distributed unevenly in Indonesia. Some regions receive adequate amount of rice. On the other hand, some regions receive very little than what they are supposed to. These regions include the province of Maluku, Riau and East Nusa Tenggara.

14. Small Farmers Give the Most Contribution

Small farmers are highly important in the production of rice in Indonesia. Without them, the country may have to import a large amount of rice for the people. Around 90% of rice production in Indonesia is done by the farmers. They are the foundation for the nation’s staple food. The small farmers work day and night for months to grow rice for millions of people.

15. Rice Production is a Long Process

It takes many steps for rice to be sold to the markets. The main cause of that is mainly the many processes of rice production in Indonesia. The rice has to go through a lot of people before being distributed to markets for consumers. Also within those processes, rice is vulnerable to being mishandled or misused by the rice mafia.

Indonesians are indeed heavy consumers of rice. Every person consumes around 150 kg of rice each day. Multiply that number by the 261 million people currently living in Indonesia. There are plenty of mouths to feed and the demand for rice continues to soar. For that reason, rice cultivation in Indonesia is always improved to create better quality and higher number of yields.

17. Regions that Grow the Most Rice

Some regions in Indonesia are able to grow rice more than others. They include South Sumatra, South Sulawesi, North Java, Central Java and West Java. These regions have high frequency of rainfall. However, too much rainfall may also cause a failure in harvesting because the crops would be underwater.

Here are more facts to fulfil your curiosity.

Rice affects everything and everyone in Indonesia. It’s a matter of life and death for this particular food. The country would crumble without it.

25 Surprising Facts About Drugs in Indonesia