Home » Food and Beverage » 17 Importance of Rice in Indonesia (#4 is Important!)

17 Importance of Rice in Indonesia (#4 is Important!) 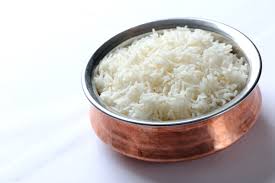 There are 5 main provinces where rice is most produced: East Java, Central Java, West Java, South Sulawesi, and South Sumatra.

Moreoever, beautiful green rice fields are a common view when you visit Indonesia. Rice or as Indonesians call it Nasi is probably the most common staple food you will find in Indonesia. It holds an important part in the life of Indonesians. You may think Why? When there are tons of other food. Read 17 Importance of Rice in Indonesia and you may find the answer to that question:

Carbohydrate is one of the main types of nutrients needed by living organisms, especially humans. They are the main source of energy for the body. Carbohydrates come from sugars, starches, and fibers found in vegetables, fruits, grains, and of course rice.

Rice is considered as the main food for Indonesians. As a common saying goes in the local areas if you haven’t eaten rice, you haven’t really eaten at all. It is the base of local meals. Rice can be eaten with numerous variations of side dishes.

Rice contains important nutrition for the body. Not only carbohydrate, but rice contains protein, fat, fiber, and vitamin. Other than the main nutrients, rice also contains minerals such as calcium, magnesium, sodium, etc. Those nutrients are essential to the body especially for growth and development.

Antioxidants are subtances that protect the body cells against free radicals. The free radicals are molecules that may damage the body cells. Rice contains an antioxidant compound. Some studies suggested that chronic diseases are relatively low in rice-consuming regions because of that.

Millions of Indonesians work as rice farmers. Some have their own field and plantation, but some are only workers. The high demand for rice requires high number of rice farmers as well.

Especially with the fact that Indonesia’s population is rapidly increasing each year, the demand is increasing too as there are more people needed to be fed. Therefore, millions of people are needed to produce more rice. Read about Rice Cultivation in Indonesia

Rice farmers are commonly considered as the people who are in the lower part of the economical hierarchy. It is so because the income of the farmers are relatively low and unstable, not balancing with how much work they put into. But even when rice farmers are labeled like so, it is an inavitable fact that these people holds an important role in providing food to every family in the country.

Indonesia is an archipelago with thousands of islands. With over 300 ethnic tribes across its land, Indonesia has a wide variety of culture; each different from the other. The culture includes clothing, art, and of course culinary. Rice as the basic staple food of Indonesia, became one of the main component of those traditional cuisines. Not only in savory dishes, but rice is also an important component to some sweet dishes. See also Sundanese Cuisine and Delicious Things to Eat in Bali

As it has been said before how rice is the basic staple food, the demand for rice is always high in Indonesia. That is why, when there is a significant change to the rice condition (price, supply) there can be a huge riot that can jeopardize the national security. Cases of riots have happened almost every year.

With Indonesians depend on rice as their main food and employment, rice becomes one of factor of economical stability. With the high demand of rice, some time the number of supply cannot fulfill. That is why in some cases, the government may import rice from neighboring countries. That can cause economical shift that could have an impact to the economical stability of the country.

Rice has an important value in Indonesia. That is why a lot of politicians use this as a political strategy to attract people. With visions and missions to improve the nation rice economical management, it has been one of the common political weapon in Indonesia.

Poverty is one of the biggest problem anywhere in the world, including Indonesia. Rice is one of the solutions for this problem, because as it was said in #4, the high demand for this food provides high number of employment.

Culture is an important aspect in the life of Indonesians. It holds an important value as something that has been passed down from previous generations to the next. In some areas, rice is a part of that culture. Especially when in a family, the parents are rice farmers, in many cases, it is a part of their culture to make sure their children follow their footsteps.

It is a known fact that Indonesia is one of the greatest tourism destination. Other than the beautiful mountains and exotic beaches of Indonesia, there are beautiful green paddy or rice fields across the nation that has been an interesting view for tourists. These paddy fields can be found in Bali and Central Java.

Rice is the main ingredient for making rice flour. Rice flour is used in the production of other products such as traditional deserts and cosmetics.

Beside what I explained above, here the information about how to harvest rice in Indonesia. Check this out.

If you visit Indonesia, don’t forget to try this very popular food. We are sure that rice or as the locals call Nasi won’t be so hard to find.

17 Restricted Things to Avoid in Lombok