13 Terrifying Facts of Poverty in Indonesia 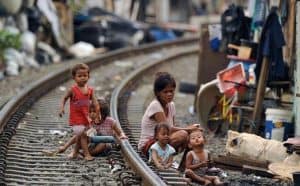 Poverty is one of the problems that arise in development together with the problem of unemployment and inequality. All three are interrelated. In the context of development in Indonesia, the problem of poverty has increasingly become a hot topic since the economic crisis hit Indonesia in mid-1997.

Poverty in Indonesia is indeed a difficult problem to overcome. One of the important factors causing poverty is the erratic nature and geographical conditions of the Indonesian archipelago. This has caused the government difficulty in implementing equitable economic growth in Indonesia. Here are the facts about poverty in Indonesia that you must know.

Various institutions such as Oxfam Indonesia and the International NGO Forum on Indonesia Development (INFID) made several efforts with the slogan ‘towards a more equal Indonesia’. Their efforts are to launch reports on inequality that occurred in Indonesia.

One of the goals is to encourage the government to reduce existing inequality. In the report he made, Oxfam and INFID noted that Indonesia was ranked the bottom 6 in terms of inequality. Just imagine, the wealth of the 4 richest people in the country turned out to be equivalent to the combined wealth of 100 million poor people in Indonesia.

Interesting data released by WHO in 2015 was quite surprising. This is related to the relationship between smoking and poverty. The world health agency notes that most smokers throughout the world, including Indonesia, come from poor and developing countries. Sure enough, because in Indonesia alone, cigarettes have become the ‘main’ need of the poor besides rice. In fact, cigarettes are the number two commodity contributing to poverty after rice.

The determination of the poverty line is used to set the population group into the category of poor and not poor. Those who are classified as poor are those whose average expenditure is Rp. 374,478 per capita per month. The data obtained by BPS stated that the amount of Rp. 274,544 was used to consume food. While the rest is spent on non-food needs.

Because there are still many underdeveloped regions in Indonesia, poverty in villages in Indonesia is still greater than what is happening in the city. Based on data from March 2017, the city’s poor population has a percentage of 7.72%. Whereas, in rural areas it is almost two times bigger in the city, it is 13.93%. This figure is certainly so surprising, for this reason the government continues to strive to provide health insurance and education to remote areas in Indonesia.

BPS also explained that the inequality between the rich and poor population was reduced. The level of inequality in population expenditure is measured by the ratio of this ratio.

In Bali and Nusa Tenggara, 17.77% of the villagers are in the poor category. The regions with the lowest percentage of poor people are in Kalimantan, 7.6% (in the city of 4.33%). This is because the government equalization efforts through village funds have not worked optimally because the bureaucracy disbursing village funds is still slow.

BPS said that the reduction in poverty rates as of March 2018 was due to several factors, such as general inflation in the period September 2017-March 2018 amounting to 1.92%, the average per capita / month expenditure for households that were in the bottom 40% during that period grew 3,06%. Furthermore, social assistance from the government grew 87.6% in the first quarter of 2018, then the Rastra Rice program and non-cash food aid distributed according to schedule.

The average poverty line in March 2018 is IDR 401,220 per capita per month. BPS explains poverty as the inability to meet basic needs, measured by expenditure.

That is, people who spend below the average poverty line include the poor. BPS data shows that this figure is higher than in 2017, which in the first semester (March) amounted to IDR 361,496 and IDR 370,910 in the second semester of 2017. In March 2017, the province with the highest poverty line average was Bangka Belitung with IDR 602,942 and the lowest is South Sulawesi with IDR 274,434.

BPS defines the poverty line as the rupiah value one must spend in a month in order to meet the basic needs of calorie intake of 2,100 kcalories / day per capita (food poverty line) plus the minimum non-food needs which are a person’s basic needs, namely board, clothing, school, and transportation and other basic individual and household needs (non-food poverty line).

Although it is the second largest commodity that has an effect on the poverty line, Bambang emphasized that it does not mean that the government must keep the price of cigarettes from rising. The government continues to make people more aware that their consumption patterns must be more productive, such as choosing nutritious foods rather than cigarettes.

Indonesia has around 74 thousand villages. Of the number, it is estimated 18% or 18,126 villages are included in the underdeveloped village category. The most are in the eastern Indonesia region. It is said to be left behind because the village is less developed in economic aspects, human resources, infrastructure, accessibility, and regional characteristics. These disadvantages make the poverty rate in these areas high. According to Bappenas, in general the number of poor people in rural areas is higher than urban areas from 2007 to 2018.

After reading those facts of poverty in Indonesia, you might think that Indonesia still has a bunch problem that is difficult to solve. However, the government has done the good work to keep making Indonesia in a good condition.

15 Famous Cities in Indonesia You Must Visit

15 Things To Do In Jakarta With Boyfriend