Indonesia is located in Asia continent and being part of Southeast Asia nations. Indonesia has a strategic location which is crossed by the equator line because it lies between two continents (Asia and Australia) and two oceans (Pacific and Indian).

The largest archipelago country belongs to Indonesia which consists of 13.487 islands therefore i is called as Nusantara. Indonesia has many outstanding view and places such as Most Beautiful Lakes in Indonesia, Most Beautiful Temples in Indonesia, and rivers. River is not only functioned as the source of life but it functioned as tourist attraction, transportation media, electricity generator, water tourism, and other activities related to water. Here are some rivers which flows in Indonesian islands from Sabang until Merauke. 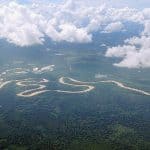 Kapuas river is located in East Kalimantan, recorded as the longest river in Indonesia compared to the rest which has 1.178 km length. This river is functioned as a source of water for the local people. It has been utilized as a transportation mean so the local people can go anywhere including to deliver goods.

This legendary river is also known as Lawai River, the inhabitants of this river are Dayak and Malay tribes who live alongside this river. There are more than 300 kinds of fish live in this river, Kapuas River has the highest level of freshwater fauna diversity in Indonesia. 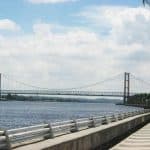 Mahakam river is the second longest river in Indonesia after Kapuas River. This river is located in Borneo island, approximately in East Kalimantan. The length of this river is 920 km and is functioned as irrigation, a place for crops or animal cultivations, and as a transportation mean as well as delivering the goods.

The riverside of Mahakam River is utilized by the people who come from other regions or even tourists to be a place to relax especially in the afternoon. The visitors can also enjoy another attraction spot near Mahakam River which is Pesut Mahakam, there are freshwater dolphins (Irrawady Dolphin) which are rarely found in any other places. Meanwhile in the middle of the river there is small island that offers natural beauty for the visitors named Kumala Island Park. 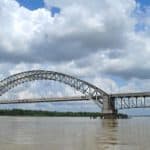 Batanghari River is located in Sumatera island and the length of this river is 800 km. This long river has upstream in Rasan Mount and its estuary is connected into the South China Sea. This river also stretches across West Sumatera and Jambi provinces.

Batanghari was the witness of Sriwijaya Kingdom glorious time in the past. This longest river in Sumatera is believed to save the treasure which stored in the depth of Batanghari.

It will be such a waste if you visited Jambi but you do not see the river, the local government of Jambi is diligently trying to make Batanghari River as the icon of Jambi. This river serves several attractions for the tourists; 1) the downstream for water sport activities, 2) there are pedestrian bridge which is officially opened in 2015, and 3) there are so many cafes alongside the river for the visitors to rest and relax while seeing the view in Batanghari River. 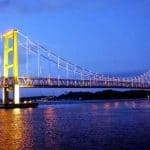 Just like Kapuas and Mahakam River, this river is located in Kalimantan island exactly in Central Kalimantan. Barito River is very popular especially for trading activity, it even has another name called Chinese River because there were a lot of Chinese traders in this area. This river has been being the place for a unique activity which is floating market.

The floating market is a place where the selling and purchasing activities are taken place however those activities are done on the boat. Barito River has many river branches so it is confirmed that this river is a result of several rivers that are previously existed and those rivers are combined together. It has mud inside so the appearance of this river has brownish color. 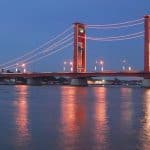 Musi River is the icon of Palembang, especially South Sumatera. It has another name which is Batanghari Sembilan River means nine big rivers. The length of this river is about 750 km, the upstream is in Kapahiang meanwhile it estuary is in Bangka Straits. This river is functioned as transportation media for the Kingdom and the local people in the past.

Alongside the Musi River you can find several tourist sites such as Kemaro island and the tomb of Bagus Kuning Queen. The most iconic site near Musi River is Ampera Bridge, you can enjoy the night view of Ampera bridge by sitting around Musi River in the evening. 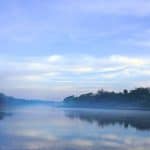 Bengawan Solo is another popular river in Indonesia which is located in Java island and becomes the longest river in Java.

Moreover, the length is about 548 km, the warer is originated from Kidul Mountain in Wonogiri meanhile its estuary in is in Gresik, East Java.

This river is across several regions in Java which is Wonogiri, Sukoharjo, Klaten, Pacitan, Sragen, Ngawi, Blora, Magetan, Bojonegoo, Tuban, Lamongan, and Gresik. A local artist even made a song of Bengawan Solo with keroncong genre and the song has great popularity. 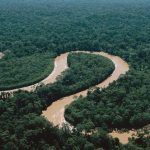 Meanwhile, this river is considered as an important river which has potential for electricity generator in Indonesia, to produce bio ethanol, and there are a lot of excavation materials inside the river.

Therefore this river is called as Amazon River in Indonesia. Some of the excavated materials are gold, bauxite, copper, and nickel. 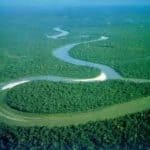 Digul river length is about 562 km and this river is also located in Papua. The upstream is coming from Maoke Mountain meanwhile its estuary is in Arufuru sea.

On the other hand, this river is flowing through several provinces in Papua which is Asmat, Jayawijaya, Lanny Jaya, Boven, Digeol, Mappi, K Merauke, Nduga, and Yahukimo.

The shape of this river is wavy and resembles the movement of snake. The area surrounding this river is fertile and green so there are many people residents near the river. 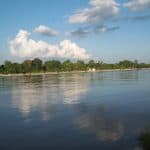 Located in Riau provimce in Sumatra island, this river has length for 500 km. The water in Indragiri River is sourced from two other rivers named Sinamar River and Ombilin River, and the last those water estuary is located in Malacca Strait.

Indragiri River has a very clean river water so this river is utilized for irrigation source. There are many green trees which add the beauty to this river. 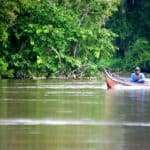 Seruyan River is located in Bengkulu, Central Kalimantan. The length is about 350 km, the upstream is coming from Java Sea and it has depth for about 6 meters. This water river is utilized for transportation media and other circumstances.

Kalimantan is a paradise for spices which is popular globally, enrich your knowledge by reading it here Famous Spices in Indonesia , Famous Plants in Indonesia as well as Famous Festivals in Indonesia.

Beside what I explained above, here the view of mahakam river that you may want to know. Check this out.

The existence of river is very important for human, it can be utilized for irrigation, transportation media, and even tourist attraction. Some rivers are even considered as the witness for many histrorical events in the past. Therefore unfortunately the rivers nowadays are lack of cleanliness.

17 Importance of Rice in Indonesia (#4 is Important!)