Home » Place » City » Is It Safe To Live In Jakarta Indonesia? 13 Answers For You 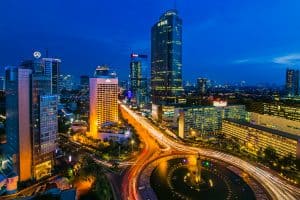 It can be said that Jakarta is the largest city in Indonesia.

As a business center, politics and culture, Jakarta is home to the headquarters of state-owned enterprises, private companies and foreign companies.

The city is also the seat of government institutions and the ASEAN secretariat office.

Jakarta is served by two airports, namely Soekarno-Hatta Airport and Halim Perdanakusuma Airport, and three seaports in Tanjung Priok, Sunda Kelapa and Ancol. Here are some reason that living in Jakarta is safe fo foreigners.

1. Many Destinations to Visit

Jakarta is one of the good tourist destinations in Indonesia. To increase the number of tourists visiting Jakarta, the government held the program “Enjoy Jakarta”.

Besides, Jakarta also has many historical sights, namely in the form of museums and monuments. Among them are the Elephant Museum, Fatahillah Museum, and the National Monument.

As one of the world’s metropolitan cities, Jakarta already has supporting infrastructure such as roads, electricity, telecommunications, clean water, gas, fiber optics, airports and ports.

The government also plans to build a second phase of Outer Toll Road that surrounds Jakarta from Soekarno Hatta Airport-Tangerang-Serpong-Cinere-Cimanggis-Cibitung-Tanjung Priok. This is why Jakarta is one of the most well-equipped cities.

3. Cost of living is cheap

When compared to other cities in Indonesia, maybe Jakarta is a city that has high living costs. But try to compare with other cities outside Indonesia, Jakarta has a standard cost of living is cheap.

Not only because of the low rupiah exchange rate, but also because of the large number of traders in Jakarta that provide low price competition. If only for the necessities of life, your salary can be used for other things more.

Jakarta could be the window of the Indonesian world to the world. Since Jakarta is the largest city in Indonesia, the fastest information conveyed is the city of Jakarta. In addition, all major government offices are located in Jakarta. So no doubt that by living in Jakarta, you will get a lot of information.

Staying in Jakarta keeps you safe in communicating. You do not have to worry about losing signals and so on. You can use any provider for your phone. Thus, your communication with relatives smoothly

6. Easy to get transportation

To serve the mobility of Jakarta residents, the government provides PPD bus facilities. In addition there are also city buses run by private parties, such as Mayasari Bhakti, Metro Mini, Kopaja, and Bianglala. For environmental transport, there are urban transport such as Mikrolet and KWK.

In addition there are also ojek, bajaj, and bemo for short haul. DKI Jakarta Provincial Government has started construction of subway and MRT Jakarta in 2013.

For railway track, the central government is preparing a double track on the track lane of Manggarai Cikarang railway. In addition, now has been built railway line from Manggarai to Soekarno-Hatta Airport in Cengkareng. This line is ready to operate and open to the public.

7. From Jakarta, easy to travel anywhere

To go to Sumatra Island, available Jakarta-Merak Toll Road section which then continued with the service crossing from Merak to Bakauheni Port. For out of the island and abroad, Jakarta has one seaport in Tanjung Priok and the airport:

Jakarta is a city with a fairly rapid rate of economic growth. Currently, more than 70% of state money circulates in Jakarta. Jakarta’s economy is mainly supported by the trade, services, property, creative industries and finance sectors.

Many companies have been established in Jakarta. As a person living in Jakarta, you will easily get a job. Especially if it is a university graduate and has certain skills. Foreign workers working in Indonesia typically have important positions with salaries adjusting their country.

You can find many places to eat that provide typical Indonesian food. Western food, china, arab, europe are also widely available in Jakarta. So if you miss your country cuisine, you can directly eat it at Jakarta restaurant.

You may also read : Best Coffee Shop in Jakarta

10. Easy to get entertainment

Entertainment for foreigners usually goes to nightclubs. Especially for westerners. Jakarta provides many places of entertainment like this but maybe with more rules. Because the basic culture that developed in Indonesia is the eastern culture.

Jakarta also provides many family entertainment venues such as Trans Studio, and others. You can also visit the available cinema in almost all the malls that spread in every corner of Jakarta.

Since Jakarta is the largest city, Jakarta’s security is the best among others. Every corner of the city began to be installed CCTV to oversee everyone’s activities.

In addition you can find many police patrolling in this city. So this good Jakarta security is one of the reasons that living in Jakarta is safe.

12. Have a variety of cultures

Jakarta is the capital city of Indonesia. Many Indonesians from all over the region are living in this largest city. So the other advantage of living in Jakarta is that you can learn about the different cultures that everyone has around you.

These different cultures keep you from always appreciating the differences. This is also applied every Jakarta people. They will not discriminate other people, because the differences must always exist.

Indonesians are friendly, helpful, and caring about others. You will be safe living with people like this. They know when other people are in trouble.

You will easily get help if you’re having trouble. For example, take care of a fairly complicated bureaucracy. Ask the Indonesian natives, then they will help you well.

8 Cities With Hottest Temperature In Indonesia