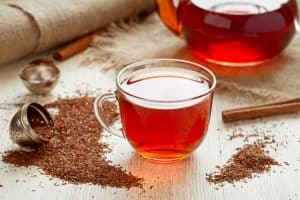 Tea is one of the world’s most consumed beverages. It is thought to have come from China where tea has been consumed for thousands of years. Around the 16th century, when the Portuguese expanded their power, this beverage was imported into Europe and soon became popular so the Portuguese and the Dutch later decided to set up large-scale tea plantations in their tropical colonies.

Indonesia becomes one of the biggest tea producers in the word. Indonesian tea even becomes more popular in the world. Here are the 15 Facts of Indonesian Tea.

The most expensive tea in the world is white tea. Indonesian white tea has also been exported to Japan. White tea prices many times compared to other teas. The price is expensive because the process is difficult and only use the tip of the tip. Although the demand for this white tea is not much (just about 1,000 tons), it is considered as the best seller white tea in the world.

Almost half of Indonesia’s tea production is exported abroad. Its main export markets are Russia, Britain and Pakistan. Indonesia’s exported tea comes primarily from state-owned and private plantations (typically high-quality or premium tea), while the majority of small farmers are more oriented to the domestic market (because the resulting tea is of lower quality and hence have a cheaper sale price).

Compared to other major tea-producing countries, Indonesia’s production (per hectare) is low. It is because most of small tea farmers lack financial ability and expertise to optimize production, while most of Indonesian tea is grown from seed rather than from tea leaf.

The largest tea plantation in the world is found in Indonesia, which is in Kayu Aro, Kayu Aro Subdistrict, Kerinci Regency, Jambi Province, about 452 km west of Jambi City. The location is precisely at the south of Mount Kerinci, the highest mountain in Sumatra (3,805 meters above sea level). Kajoe Aro tea plantation was opened since 1925 AD.

All types of Kajoe Aro are recognized by its connoisseurs, as tea with the finest flavors in the world. That’s why the British Queen Elizabeth II is still faithfully enjoying Kajoe Aro Tea every day. In fact, 80 percent of the nearly six million kilograms of dry tea production per year produced by PTPN VI, is exported to the UK. The rest, exported to a number of countries in Europe, the Middle East, and within the country.

Indonesia is the 7th largest tea producing country in the world, but unfortunately, Indonesian tea consumption is quite low which is ranked 40th in the world. It was revealed by Tea Connoisseur or tea expert. This fact is very unfortunate considering the tea has been in the country since 200 years ago. Indonesia itself also has the best variety of tea in the world, one of which is jasmine tea.

Tea is the second most popular type of drink consumed by the world’s population. The first popular drink is water. It even beats coffee for popularity affairs. Although in Indonesia tea consumption is still low, but tea is still known in the world.

The tea plant first entered Indonesia in 1684, in the form of tea seed from Japan brought by a German named Andreas Cleyer, and planted as an ornamental plant in Jakarta. In 1694, a minister named F. Valentijn said that he had seen a young Chinese tea shrub growing up in the Governor-General’s Garden Camphuys Palace in Jakarta.

Although Indonesia is the largest producer of tea, tea is not native to Indonesia. The tea plant was first introduced in Indonesia in 1686 by Dr. Andreas Cleyer as an ornamental plant. In 1728 the Dutch East Indies government brought tea seeds in the form of grains in large numbers because interested to cultivate it on the island of Java. Unfortunately, the attempt was unsuccessful.

Tea Indonesia is known for having the highest levels of catechins (natural antioxidants) in the world. Most Indonesian tea production is black tea, followed by green tea. Similar to other commodities, Indonesia relies on export of primary (upstream) tea products. The underdevelopment of Indonesia’s downstream tea industry reduces the competitiveness of Indonesia’s tea industry in the international market. Exports of downstream tea products contribute only to about 6% of total tea exports.