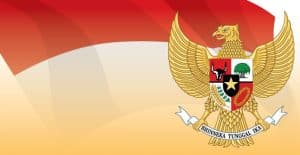 Indonesian people has been living under a believe that’s established by their founding fathers, Pancasila. Pancasila consists of five fundamental points that Indonesian people must follow. It is an ideology that shapes Indonesia as a country, a nation, a community.

Pancasila comes from Sanskrit language that means five fundamental points, panca means five and sila means point. It makes Indonesia a unique country that doesn’t follow a popular ideology in the world, such as communism, socialism, liberalism, etc. But that doesn’t necessary mean that those ideology can’t run in this multicultural country. They do, but under circumstance that they have to be suitable with Pancasila’s point.

Pancasila’s points include the belief in God no matter what religious practices, humanity, unity, democracy, and justice. Those points is still very large in general, there are many things that we can learn from Indonesian national ideology, Pancasila.

Indonesia consists of hundred of languages, thousand of archipelagos and culture, and million of habitats. The difference between one practice and others could lead into conflicts. Recently, Indonesia suffers form some conflicts that’s caused by misunderstanding between two different culture.

Tolerance is one thing that can solve this problem. An act of understanding the difference between one and others can make us be an open-minded person. Tolerance plays big role in multicultural society in Indonesia in order to avoid conflicts in the future. Do you want to know more about what causes conflicts in Indonesia? Check this article: Causes of Indonesian conflict

It’s not easy for someone to build this behavior. Sometimes people still give another person judgement based on what they believe is true. But they usually don’t realize that other people does something because they believe that it is a right thing to do based on their believe. With a little effort of understanding, we can see things from a wide perspective and ideas, then the tolerance between society is established.

This means when Indonesian society face a problem, they gather people in one place, talking about it and how they will solve it until they agree two the solution proposed. It might take longer time to decide to solve a problem, but using this method, everyone will be pleased because every voice is heard in the discussion.

3. Believing in God no matter what religion

Indonesia is one of the religious country in the world. It has high amount of Muslim population between other Muslim majority country. It also has other religions that’s very well acknowledged and respected as well. Indonesia even manages to have six formal religion which are Islam, Protestant, Catholic, Hindu, Buddha, and Konghucu. But that doesn’t mean that other religious believe is ignored.

Indonesia is actually built from a believe that God is a nature itself, a long time ago before religion from foreign country comes here, people has different way to worship their own God. Those people still exist until nowadays because it’s descended from generation to generation. But Indonesian government let them to believe what they want to believe as a majority of Indonesian people worship God. To know more about Indonesian beliefs, you can check on Beliefs in Indonesia You Should Know.

This is what the 5th point of Pancasila wants Indonesian to hold. Always prioritize public interest before your own interest. Because from those behavior, we can be open-minded people, tolerance to minority, and always think about helping others in need. This is the idea of justice that Pancasila want Indonesian people to hold.

Being kind to other is also one of many ways to develop the country. Take example of entrepreneur. They open work field to other people and give them chance to grow. At the same time, production goes along and national economy rotates. At the end of the day, the profit that the company gain will be owned by entrepreneur. This proves that prioritizing public interest, rather than self interest, will be beneficial at the end, both for country and the self.

National unity is a precious treasure that a country should hold. Because if not, the nation will be split and there will be conflict here and there. This would bring a country crisis and it will bring everyone suffering. That’s why national unity is very important to be kept stable and positive.

When Indonesia was colonized, youth from every region comes together, declaring that they’re one and take their local identity aside. This event is called Sumpah Pemuda (Youth Vow). It’s when they found the same spirit to fight against colonizer after every tactics they did before gave nothing. That’s the example about how strong national unity is. More about colonization era in Indonesia: The Chronological History of the Dutch in Bali

Therefore, everyone in Indonesia needs to keep their national unity alive in order to keep the conducive society without conflict

Indonesia has been independent for 74 years from its colonizer. It has been a democratic country since then from now and people have freedom to express their idea and point of view. But the idea of freedom is already far from what Pancasila defines.

Pancasila defines freedom as expressing your idea in a polite way by respecting the dignity of someone whom you criticize. But now, in the age of internet, people type whatever they want without considering the impact of what they do. This is very sad considering they way Indonesian people criticize before internet era was very different and still respected the Pancasila value.

The point is that Pancasila gives a guide on how Indonesian people use their freedom in doing anything, that’s respecting other people position and keep using supportive manner.

7. Chase your dream as high as possible

Pancasila was born because the dream that has been achieved by Indonesia’s founding fathers. It’s a crystalisation from sweat and tears after hundreds years of colonization. It’s a hope that future generation still holds its values in their daily live no matter where they are.

It’s a proof to never stop chasing your dream just like Indonesia’s founding fathers did in the past. Pancasila is a responsibility of every generation that needs to preserve its value by applying it in daily life. Years pass and every phenomena in the world challenge the existence of Pancasila, but it proves its durability until now. It’s the reason why Indonesian people love Indonesia. But there are more reason that you can check on Reasons Why We Love Indonesia

Pancasila is a legacy that every Indonesian people need to keep in their heart as their truest ideology and practice it in everyday life.

Those are the seven things that we can learn from Pancasila. Now it’s time for every Indonesian to look back to ourselves, do we still hold those values in our daily life? Or do we just pronounce those sacred points in certain ocations and then forget that after the ocation ends?

10 Extreme Foods in Indonesia You Should know