Traveling can be stated that many people love this activity. We can find a lot of tourist locations spreading in many places. Moreover, if we talk about tourist attractions in Indonesia, we almost will never run out of the topics. There are many tourist locations which are still kept its magnificence and uniqueness neatly.

Central Java is one of the famous tourist destinations in Indonesia. There are so many tourists attractions Central Java that its names have been sounded familiar in the travelers’ ears. Tourist attractions in Grobogan is one of many tourists locations which we can visit. Although, those tourist locations have been sounded familiar, they show beautiful scenery in each locations. Here, some tourist locations such as

This tourist attraction in Grobogan probably differs from other tourist locations. If we hear the mountain word maybe, we will think a few of the most beautiful mountains in Indonesia. Nevertheless, this mountain can be called different from the others because Bledug Kuwu is a mud volcano. This Bledug Kuwu really has been famous in Indonesia.

Moreover, this tourist area of Bledug Kuwu is often visited in Dutch colonialism period. Even though it is classified as one of the extreme tourist attractions in Indonesia, there are still many people want to go to look at this area. Bledug name can be defined as a crater whereas, Kuwu is the name of a region where this tourist attraction exists.

If you want to see tourist attraction with its distinct uniqueness and miracle from the others so, there is no harm that you try to visit Bledug Kuwu. This tourist attraction is located on Jl Wirosari-kuwu, Area Sawah, Kuwu, Kradenan, Grobogan District, Central Java. 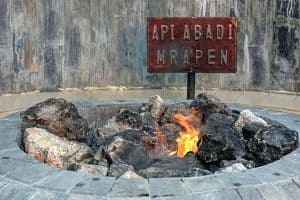 This tourist location has been built and becomes a cozy and fun tourist attraction. Mrapen Eternal Flame is not only ordinary eternal flame. This matter because the eternal flame in that location has a lot of things related to the various big events which had been happened in Indonesia.

This eternal flame ever had been used as the location of torch ignition from Ganefo international sports event on November 1st, 1963. On the other hand, this eternal flame also is often used for lighting the torch on Vesak day ceremony. The eternal flame in Mrapi, Manggarmas, Godong sub-district, Grobogan district, Central Java. This location will always be crowded when the holiday arrives or at the weekend.

Goa Lawa is very suitable for those who love tourist attractions near from natural atmosphere and even, this tourist location brings us into the existence of the earth. Goa Lawa is one of tourist attraction which is quite popular. Perhaps, some people are not too interested in visiting because Its location is quite far from downtown.

However, do not get it wrong first even though this location is far. When you visit this location, you will get valuable experience. As one of the cave tourism destinations in Indonesia, the tourist area of Goa Lawa can be stated that those contents of the cave are organized neatly. The area in the cave has been quite light because the various lights are set inside.

In addition, the track of road for walking in the cave has been built orderly. This goa Lawa is located at Watusong, Ngajaran, Sedayu, Grobogan sub-district, Grobogan district, Central Java. There is no harm if we put Goa Lawa in a list as a tourist destination which we can visit in Grobogan. 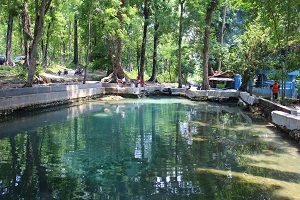 The activity of water tourism is one kind of tourist to be liked by everyone. We can find many locations of water tourism in Indonesia. Mostly, those tourist locations are swimming pool that is created to be a waterpark. Nevertheless, tourist attractions in Grobogan are different from the others. Sendang Coyo is the location of a natural swimming pool that has a great atmosphere.

The scenery of Sendang Coyo is still very beautiful with the various trees surrounding its tourist area. Furthermore, the pool water which is very clear and fresh makes the atmosphere more comfortable. If we want to enjoy the beautiful Scenery and fresh pool water at Sendang Coyo, we do not need to pay too much. Luckily, we only pay the parking fee.

This Sendang Coyo is located at Gn. Mlowokarangtalun, Pulokulon, Grobogan district, Central Java. Sendang Coyo can be the right location to relax for a while because its atmosphere is not too crowded, cool, also lovely. 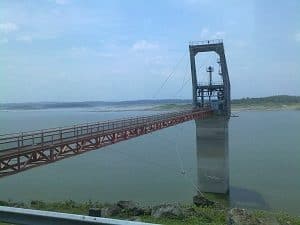 This Kedung Ombo in Grobogan is the tourist location in the form of a reservoir that has been very famous. This reservoir not only has the main function for agriculture but also, as an interesting tourist location for families. To complete this location as a tourist destination, the reservoir of Kedung Ombo has the various support amenities adequately.

Besides, we can find some kinds of small restaurant provide a grilled fish menu and this fish actually is fished from this reservoir. Moreover, we can discover other vehicles of water tourism which definitely is exciting. This the reservoir area of Kedung ombo is located on Jalan Solo-Purwodadi, Rambat, Geyer, Ngawen, Grobogan district, Central Java.

There still some other tourist attractions besides the examples above, such as:

After all, those a few destinations of tourist attractions in Grobogan that we can visit. All the tourist locations above surely are going to make our holiday more attractive. Hopefully, this information is helpful.

A girl who often thinks different for creating new innovation.