13 Mountains To Climb in Indonesia for Professional Hikers

Who does not like the hobby of hiking, one of the challenging sports and also testing adrenaline. There are some people who really love hiking until they have to look for several mountain locations even though the mountain is categorized as dangerous. The monitored Mountains of how many volcanoes in Indonesia are active.

Well, here are some examples and an explanation of the mountains to climb in Indonesia, which can be chosen as a fun and enjoyable hiking location. Know before climbing basic things like mental and physical preparation, and also some important things about the current weather conditions that cannot be predicted properly. Check out a few examples below: 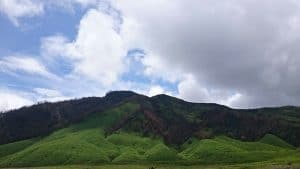 Wurung Crater is a hilly area that has a green expanse of Savannah with an overdraft shaped like a mountain crater. The hills are surrounded by a giant hole like the shape of a caldera. To start climbing up the hill, you can follow the path between the grass weeds. It only takes about 15 minutes you can reach the top of the hill with a not too steep hiking trail. Wurung Crater does not always appear with green charm. Whereas if you come during the dry season, the scenery of the savanna field turns brown. Hence the best mountain view in Indonesia you must see. 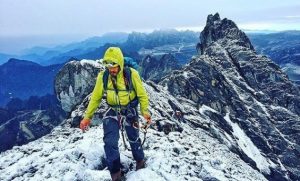 The mountain height reaches 4,884m. Puncak Jaya or also known as Gunung Carstensz Pyramid is one of the Seven Summits, which is the highest mountain in the world, and is very popular among foreign climbers. Carstensz is included in the Lorentz National Park area, which is accepted as a world heritage site. This national park has high biodiversity and is supported by an amazing variety of cultures. Around Puncak Jaya, there are very strange sights in Indonesia, namely snowy mountains. Given the extreme terrain through rivers and steep lanes, we only recommend that those of you who have mountain climbing experience need to try this challenge. Because the climbing route to Puncak Jaya was one of the most difficult of the Seven Summits, and just going to base camp took at least four days.

Kelimutu is a tourist spot in the design behind it. The mountain which is at its peak there is three different colored lakes offering unique and unforgettable hiking trails. Despite having three cones that are the same as many other volcanoes in the world, Kelimutu does not spit out fire and sulfur. Instead, this place is filled with beautiful colored lakes that change from blue to green to brown to black red depending on the volcanic action that occurs below it. Another route that is longer but can be traced on foot, which is a route as far as 20 kilometers from the village of Moni with a travel time to the peak of about 4 hours. The following are the best mountain biking in Indonesia for pumping your adrenaline!.

As one of the most popular mountains to climb in Indonesia, Mount Rinjani is famous for its beautiful scenery, although the terrain is quite challenging. The time needed to climb this mountain is approximately four days and three nights and must go through various types of ecosystems, from rain forests, lakes, hot springs, to savannahs. Once reaching the top, climbers can see clearly the beauty of the volcanic lake Segara Anak. Even if the sky is bright, the entire area of the island of Lombok to Bali is clearly visible in the distance. 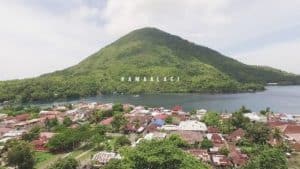 The most satisfying thing after being tired of climbing is to see the charming panorama that appears from the top of this mountain. That is what you can get on Gunung Api Banda Island. An uninhabited island whose entire land is a volcanic volcano that has a height of about 656 meters above sea level with a fairly challenging terrain. To get to the summit there are two routes that can be chosen, the shorter first route facing Banda Neira. Other routes are longer, but have terrain that is easier to pass. Even though you don’t need to use a guide to get here, it’s a good idea to ask questions first so you don’t get lost. The list of mountains in Bali Indonesia you can visit.

The next mountains to climb in Indonesia is Mount Merbabu. With an altitude of 3,145 meters above sea level, the summit of Mount Merbabu offers its own uniqueness and beauty. Because from this place climbers can see clearly seven other mountain peaks, namely: Mount Sumbing, Mount Sindoro, Dieng Plateau, Mount Telomoyo, Mount Ungaran, Mount Merapi and Mount Lawu. Mount Merbabu also has the uniqueness of five remaining crater eruptions in 1560 and 1797, namely Condrodimuko Crater, Sambernyowo Crater, Kombang Crater, Kendang Crater, and Rebab Crater. Climbing to the top of Mount Merbabu takes around 14 hours commuting, and the recommended time to start the journey is midnight so that it can arrive at the peak to coincide with the sunrise. 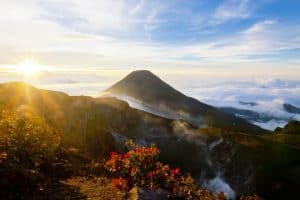 Located 85 km from Bandung, Mount Gede Pangrango National Park is an ideal place to escape from the hustle of the city. This national park consists of two twin mountains (Gede and Pangrango), enchanting Telaga Biru, swamps, and waterfalls. From Cibodas post, visitors can walk uphill to get to the Cibeurum waterfall and Telaga Biru waterfall. If you still need a challenge, you can continue climbing to the summit of Mount Pangrango around 3,015 meters. For the rehabilitation and recovery of the natural ecosystem of the Gunung Gede Pangrango rainforest, climbing activities are closed between January 1 and March 31 and August. Sample the highest mountain in East Java you must know.

The next mountains to climb in Indonesia are challenging, namely Mount Bromo. To enjoy the beauty of the majestic mountain is best when viewed from Mount Penanjakan. At its peak, visitors can simultaneously see Mount Bromo and Mount Semeru which stand proudly while spitting smoke from its crater. The best time to start climbing on Mount Penanjakan is around 4 o’clock in the morning so you can arrive at the top just as the sun goes out. Most visitors choose to rent a vehicle to take to the summit, but the two-hour walk through Cemoro Lawang. You will be presented with an amazing mountain panorama. 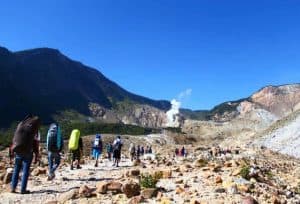 Mountains to climb in Indonesia, namely those in Central Java. Mount Prau is not an active volcano but stands in a large volcanic complex, the Dieng Plateau. Therefore geothermal activities still occur around it. In addition, there are several acid lakes which are also in the Dieng Plateau. Prau or Prahu means boats that come from forms. It only requires a short climb to reach the top. That’s why this mountain is very popular for camping. However, the view from the Peak of Prau is so amazing. From its peak clearly visible two volcanoes in the distance. They are Mount Sindoro and Mount Sumbing, which stand proud and charming.

Well to know about the mountains to climb in Indonesia, you can find out like some of the examples below:

Such is the example and explanation of the mountains to climb in Indonesia. Hopefully, it can be used as a recommendation when you want to climb mountains. Good luck.

14 Tips To Held a Party in Bali