10 Types Of Turtles In Indonesia

Turtle is quite popular among pet lovers. Turtles are scaly, four-legged and reptile. The cavity consists of 2 parts, first the upper part that covers the back is called carapace and the lower part is called the plastron. Each part consists of 2 layers.

Turtles lives in various places, from rivers, seas, deserts, grasslands, forests and swamps. For their nature there are turtles that are plant eaters, meat eaters or mixed.

We know that turtles do not have teeth, but the pavement of bones in the snout of a turtle is able to cut everything into its food. Read also rare animals in Indonesia

The body size of these turtles is diverse, some are small and there are also very large ones. For the largest type of tortoise, the leatherback turtle, carapace can reach a length of 300 cm. and the biggest labi is irian labi, about 52 inches long.

Whereas for the smallest turtles are mini turtles from South Africa, and the length of the carapace does not exceed 8 cm. Here are 10 Types Of Turtles In Indonesia : 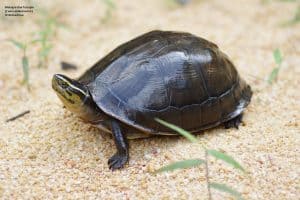 Who doesn’t know Ambon turtles? These turtles are so much sold on the market. Almost all levels of society can actually buy these turtles because they are affordable.

Ambonese turtles turned out to have other names, namely rice turtles and shell turtles.

Not only that, this turtle also has a scientific name, Cuora amboinensis. The turtle, which has 25 cm in length, spreads from Java, Sulawesi, to Sumatra.

Ambon turtles include semi-aquatic turtles, where these reptiles are sometimes in the water but can also be on the surface for sunbathing. 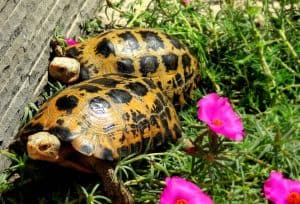 Then the next one is the Forsteni turtle. Indeed, not all hobbyists have this turtle because the price is quite tempting.

Yes, the actual habitat of these turtles is only on the island of Sulawesi. Forsteni tortoises can grow to a length of 18 to 25 cm.

Not only is it big enough, but these turtles include turtles that have a very strong immune system and tend to like moist places. 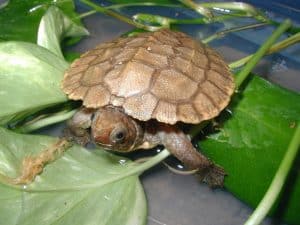 Now the next one is the Sulawesi Forest turtle or commonly called the Yuwonoi tortoise. This fighting animal has the Latin name Leucocephalon yuwonoi.

Feeling something unique about the figure of the Yuwonoi tortoise?

Yep, the upper part of the top is really piercing down so it looks like a bird. And the shape of its pointed mouth is similar to the beak of the Bethet, making it a special attraction. 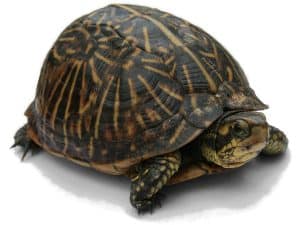 Some have called Pork Muzzle Turtles. The important thing is that both refer to Carettochelys insculpta.

Because it is seen from the structure also this turtle is a bit similar to the characteristics of the turtle.

Pig Snout Turtles have characteristics like legs that resemble a turtle’s paddle. Then the nose is very similar to a pig’s nose.

This familiar reptile called ‘Monbi’ spreads quite widely. Based on data cited from several sources, these turtles have habitats ranging from rivers in southern Papua to some places in northern Queensland (propagating to Australia). 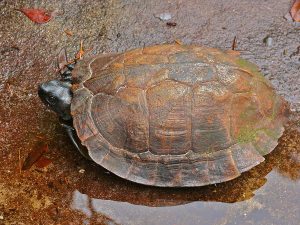 Sun tortoises are also commonly referred to as thorn turtles, because the edges of the shell are sharp spikes. This turtle has the scientific name Heosemys spinosa.

The Sun Turtle has the spread in Kalimantan, Sumatra, and other surrounding islands such as the Riau Islands, Bangka Belitung, Natuna Islands, and several islands in Nias.

The size that can be reached by the Sun tortoise is also quite large, ranging from 18-22 cm with a weight range of 1-2 kg.

Habitat of the tortoise Sun is a shallow small rivers found in tropical rain forests, precisely in the lowlands with an altitude of 900 meters above sea level. For additional information, these turtles include semi-aquatic turtles. 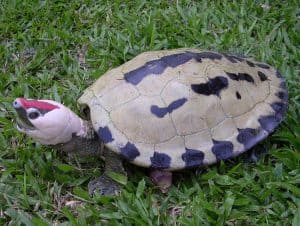 Turtles that have the scientific name Batagur borneoensis are turtles that live more in brackish water. Usually often found in mangrove forests.

Its habitat is mangrove forests, creeks, and several other places that are still affected by the ebb and flow of sea water. You may see also animals in Borneo

Tuntung Laut Turtles include very large turtles, the size of the shell can reach a length of 60 cm. Then the characteristics of the Tuntung Laut tortoise are white and red. 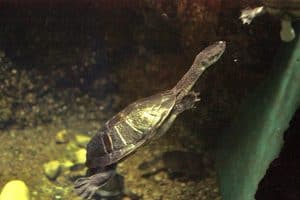 This turtle has the scientific name Chelodina mccordi. This turtle is also quite well known and quite dangerous.

This animal is indeed endemic from Rote Island.

Unlike other turtles, this tortoise has a very long snake-like neck. And also this turtle is unable to pull its head into the shell because of its long neck.

This flat-shaped tortoise comes from Kalimantan. This animal has yellowish plastro leaves. That is why people often mistakenly think that this aquatic turtle is a leaf turtle. These turtles that live in water have the Latin name Notochelys platynota-semi aquatic. Read also native animals in Indonesia

This turtle has the Latin name Manouria emys, apparently this turtle originated from Indonesia. This turtle is also called the elephant leg tortoise. Like some other turtles, emys turtles come from Sulawesi Island in Indonesia. These turtles have a size that is large enough when they are old. The life of emys turtles is on land.

As the name implies, this turtle has cute white cheeks. Besides the cute cheeks, the size of the turtle is also mini. White cheek turtles have the Latin name Siebenrockiella crassicollis-full aquatic and come from several islands in Indonesia.

Namely Sumatra Island, Kalimantan Island, Java Island. White cheek turtle habitat is in calm fresh water. Like a slow-flowing river, swamp water, and the like. Although it was declared a carnivore, this turtle turned out to be able to eat fruits and leaves.

10 Types Of Bananas In Indonesia