Home » Governance » 12 Reasons Why Indonesia is Important to India

12 Reasons Why Indonesia is Important to India 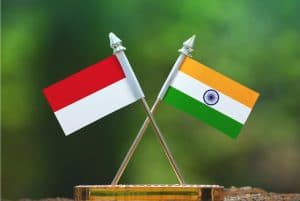 The relationship between India and Indonesia has been in existence since ancient, for nearly two thousand years. In 1950, Indonesia’s first President – Soekarno called on the people of Indonesia and India to “improve good relations” that have existed between the two countries “for over 1000 years” before being temporarily “cut off” by the European colonial powers.

Both Indonesia and India have had a close relationship since the old colonial period. Precisely when Indonesia fought to seize independence from the hands of the invaders, India provided its aid supplies like medicine to Indonesia. Since then both of countries have a good relationship. President Soekarno often visited India to meet a minister Jawaharlal Nehru to discuss things. Till today the relation between these countries are still good.

Both Mahabharata and Ramayana stories, all of them are from India. Then the story experiences cultural acculturation with the one in Indonesia. The born a story of Ramayana and Mahabharata combined with elements of Java and Islam. In addition, Hindu culture in Bali was also brought from India. And Indonesian music of Dangdut, it is also a mixture of culture in India. The drum blast typical of India, became the forerunner to the formation of new music with the characteristic of the archipelago. Cultural issues, both Indonesia and India can not be separated.

In addition to cultural and tradition similarities, India and Indonesia are also united in maritime terms as Indonesia is the closest maritime neighbor to India. Therefore, Indonesia and India need to develop more efficient infrastructure to connect the maritime bases of the two countries. One of them is the port development plan on Sabang Island, Aceh Indonesia.

Indonesia is India’s largest trading partner in ASEAN with a total trade value of US $ 18 billion (Rp 251.9 trillion) last year. Indonesia is also the largest exporter of palm oil with a contribution of 25% of total consumption of palm oil India, so that Indonesia’s palm oil becomes an important commodity there

The currency of India and Indonesia turned out to have proximity as well. Indeed, if pronounced Rupe and Rupiah it seems to have the same pronunciation. In facts, both words of Rupee and Rupiah are both derived from Sanskrit. Whether the word Rupee or rupiah, it is equally meaningful as silver money in Sanskrit. It is good, right?

Many Indian professionals have outstanding talents that are not inferior to professionals from other countries. Their success in Indonesia is because of their spirit to work hard, their diligent habit, and great willingness to learn. Therefore, many Indian workers work in Indonesia. It is also a good investment of human resources to make Indians more popular in the world.

The Government of Indonesia is committed to invest US $ 15.12 billion from Indian businessmen. In India, the companies are mostly working on electricity infrastructure, transportation, and urban infrastructure. This investment in Indonesia can boost Indian revenues. Therefore, as an investment destination of India, Indonesia is very important.

India and Indonesia are neighboring countries, whereas Andaman and Nicobar in India borders the Andaman sea of Indonesia. The maritime cooperation between the two countries has also increased. Both countries usually conduct maritime relationships at the venue. And usually Indians anchored to Aceh, the most Islamic city in Indonesia located on the tip of the island of Sumatra.

The nature of Indonesians and Indians is almost the same despite the country’s different. The characters are almost similar to the Mahabarata and Ramayana stories. In terms of natural beauty, in India Indonesia is known as an attractive tourist destination, among which are Jakarta, Krakatau, Bali, and Kalimantan.

Bali is the most famous place for its unique beaches, surfing spots and unique Hindu culture. Bali is a very popular tourist destination among Indians. One interesting thing is that many Indonesians are the same as the Indian language. Some of them are healthy, wine, and language.

Those are the reasons why Indonesia is important for India. Hopefully, the relationship between two countries will runs well so they can work together to develop the country.

10 Best Temple in Lombok You Must Visit

10 Reasons Why is Indonesia Important to the US

8 Crucial Things Not to Bring in Indonesia