Education is not something that should be played around with. It’s important to choose the right step as you are investing your money, skill, time and energy. Picking out a good university that suits your needs is a serious matter.

Indonesia has private universities with excellent quality that students can look into. You may want to consider these 13 Best Private Universities in Indonesia. These universities are among the favourites of Indonesian students. 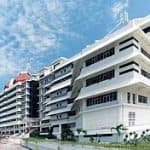 One of the best private universities in Indonesia is Petra Christian University. It’s located in Surabaya, East Java, the second biggest city in Indonesia.

Petra Christian University aims to create students who strive for excellence and expertise in their respective fields. Established since 1961, the university offers several faculties for undergraduate degree.

They include Literature, Engineering, Economy, Arts and Design and Communication. Besides all that, there are also Master’s and Doctorate degree. There are also teacher education programs. The prestigious university is equipped with facilities that support students in their education. 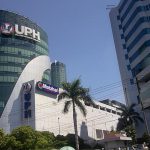 Pelita Harapan University is similar to Petra Christian University as they are both private Christian educational institutions. Founded 1994, the university has made its name by opening up education opportunity in 3 cities already.

They can be found in Tangerang, Surabaya and Medan. The university has both Undergraduate and Graduate programs for students. Besides that, there is also an international program where students can have more experience. They are given the chance to aim for a dual degree, studying abroad and exchange students program. 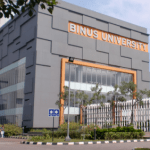 Bina Nusantara University is often called as ‘Binus’ in Indonesia. The university was first established in the capital city of Indonesia, Jakarta. Now it can also be found in Malang and Bandung. Founded in 1974, it has since produced many successful students.

They offer bachelor degree for Computing, Engineering, Business, Humanities, Communication, Accounting & Finance, and Art & Design Programs. There are also Graduate and Master’s degree. What’s unique about Bina Nusantara University is that they offer a double degree in some of their selected programs. 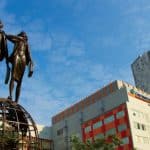 Ciputra University lies in Surabaya. Founded in 1990, the university claims to be an educational institution that focuses on entrepreneurship. Students are expected to have the entrepreurial qualities and the spirit that shape their character once they graduate.

Ciputra University is quite known for its high cost. However, it’s all worth it because of all the facilities and the quality that they give to students. There are laboratoriums, studios, lounges, a library and so many more that students are free to use. Undergraduate and Master’s degrees are offered here. 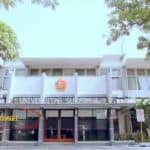 This university is also located in Surabaya. Often shortened simply as ‘UBAYA’, it was founded 1968 with various faculties including Psychology, Pharmacy, Engineering, Technobiology and Creative Industry.

Surabaya University offers Undergraduate and Master’s degree for students. Diploma programs are also available for selected courses. The university is divided into 3 campuses, two of them are found in different areas in Surabaya while one is in Mojokerto.

The campuses are used for the rectorate building, diploma program, undergraduate and postgraduate studies. A campus is specially set for activities that must be done outdoors. 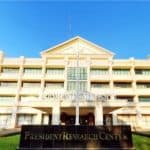 President University is also one of the best private universities in Indonesia. It’s located in West Java, specifically in Cikarang.

The university is strategically placed alongside large companies from all around the world such as Samsung, Mattel, L’oreal and Unilever. The university claims to use English as the only language to teach students. 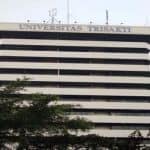 Not only is Trisakti University one of the best in Indonesia, it is also the largest one. The university is founded in 1965 and ever since then, it has become a popular university in Jakarta.

As of now, they have created more than 100, 000 graduates. There are 9 faculties with more than 20 programs that students can get into. The university offers diploma, undergraduate, graduate and doctorate degree. Trisakti also works with international universities to give more opportunities for their students. 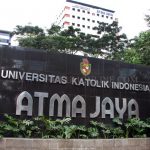 Atma Jaya Catholic University of Indonesia was established in 1960. The campus of the university is divided into two places. One lies in South Jakarta while the other one is in North Jakarta. An interesting fact about this university is that it was once visited by Pope John Paul II in 19889.

Atma Jaya Catholic University offers undergraduate, graduate and doctorate degree. The university also opens an international program for students who are eager to learn more about Indonesia’s culture and language. 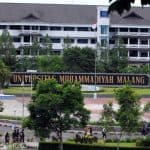 This university is located in the city of Malang, East Java of Indonesia. Founded in 1964, it’s one of the best private universities in Indonesia.

Due to it’s famous white walls, the university is also often called as the ‘white campus’. Muhammadiyah University of Malang has diploma, undergraduate, graduate and doctorate degrees.

People from all over Indonesia study here. There are also international students who come from countries such as Ukraine, Poland, Australia and Japan. 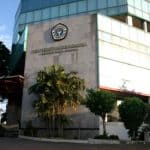 The Gunadarma University has one of the best reputations of private universities in Indonesia. Established in 1981, the university was built in Depok, West Java.

The university has diploma, undergraduate and graduate programs for students in various fields of study.

Students may also aim for the international program known as the SarMag Program. They can study in France, specifically in Universite de Bourgogne, for a dual degree. When the students graduate, then they would also be graduating from two universities. 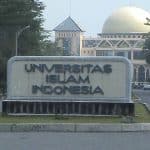 Islamic University of Indonesia is also one of the best private universities in Indonesia and it happens to be the oldest. It was established in 1945, the same year Indonesia gained its independence.

The Islamic University of Indonesia lies in Yogyakarta. The university has many scholarship programs that students can sign up for. Foreign students are also welcomed here to study.

Yogyakarta is the perfect city for any student to enrich their experience while studying what they love. Various facilities are given to the students as a privilege which include the Jogja International Hospital, radio station and a student convention center. 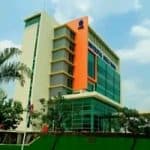 Mercu Buana University is a private university located in Jakarta and it was established in 1985. Students are expected to display loyalty, honesty and disciplined.

There are around 6 faculties which open many fields of study for students depending on what they want to specialise in. Mercu Buana University accepts foreign students but they have to fulfil some requirements for the application. There are also some interesting Summer Programs that students can join. In the end of the programs, students will gain experience, additional credits, certificates and many more. 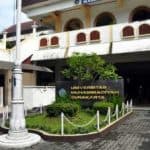 Muhammadiyah University of Surakarta can be found in the Surakarta. It’s a city located in Central Java.

Founded in 1958, the university has since opened vocational, undergraduate, graduate and doctorate degree. There is an international class where students can either learn in English or Arabic alongside Bahasa Indonesia.

Furthermore, there is also the Double Degree program where the university works with international ones that are located in Korea, Thailand, Malaysia and many more.

13 Reasons Why Indonesia is Good for Investment