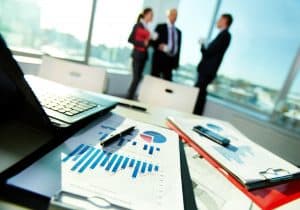 A business activity that stands with the status of a trading company or trading business (shop) that has grown in quality and quantity of business is it mandatory to change its business status? What is the legal relationship with the workforce employed in the place of business when the relationship between the employer and the worker is not based on an agreement. To see more about business entity, youl could read below.

Perseroan terbatas (PT) or also known as Limited Liability Company is a legal entity to run a business that consists of capital shares, which is a part owner of shares owned. Because the capital consists of stocks that can be traded, changes in company ownership can be done without the need to dissolve the company.

Limited company is a business entity and the amount of capital of the company is stated in the articles of association. Company wealth is separate from the personal wealth of the owner of the company so that they have their own assets. Everyone can have more than one share which is evidence of ownership of the company. Shareholders have limited responsibilities, namely as many shares as they own.

Public Company or Indonesia famous as Perum is one type of State-Owned Enterprise (BUMN) whose capital is owned by the government. Public companies (perum) are indeed owned by the state, but the main objective is 2, namely to serve the people and also seek as much profit as possible. This public company (Perum) is engaged in production, service providers or other economic fields that can fulfill both of its main objectives.

The wealth of Perum is separated from the state’s wealth because it has a status as a legal entity. The regulation on this general company is regulated in Government Regulation number 13 of 1998 concerning Public Companies. An example of a public company is the Indonesian Credit Guarantee Corporation.

The state agency company or Indonesia known as Perjan is a state-owned company that is shown to serve the interests of the community by paying attention to its efficiency. The amount of capital of the service company is determined through the National Budget. The service company is an SOE whose entire capital is included in the state budget which is the right of the department concerned.

The purpose of the meeting is to serve and serve the interests of the community aimed at public welfare, without neglecting the requirements of efficiency, effectiveness, and economics and satisfying service.

Persero is a Business Entity managed by the State or Region. Unlike Perum or Perjan, the purpose of establishing the first company is to seek profit and the second to provide services to the public.

The founding capital comes in part or in whole from the separated state assets in the form of shares. The company is headed by the board of directors. Meanwhile the employee is categorized as private employee. The examples of companies that included as Persero are PT Bank Rakyat Indonesia (Persero) Tbk and PT Bank Mandiri (Persero) Tbk.

Individual companies are the simplest form of business, because their ownership is owned by one person. Everyone is free to make personal business without any restrictions to set it up. Usually individual companies are made by a small-scale businessman with available resources, limited quantity of production, as well as the use of simple technology production equipment.

In a civil partnership, you have a new business partner who usually has the same profession and wants to meet by using a common name. According to the definition of the Civil Code article 1618, civil partnership is an agreement in which two people or more are bound to enter something into the partnership with the intention of dividing the profits that occur because of it.

From the definition of article the conditions of the civil partnership are the sharing of the profit sharing that is caused by activities carried out together. The civil partnership is made according to the agreement made by the parties that founded it. In the agreement contains the distribution of the amount of capital issued by several parties, the distribution of the proceeds from the business carried out (profit), then divided into several parties according to the agreement or contract at the beginning.

The firm fellowship has almost the same meaning as a civil partnership, but it is in a more specific form, namely the form of a partnership established to run a company, between two or more people using a common name and the responsibilities of the firm’s owners who are commonly called allies of a range nature. .

The purpose of the range here is if the debt made by one of the allies will bind another ally and vice versa. The responsibility of the form of the firm’s partnership is not only limited to the capital deposited into the firm, but also covers all the personal assets of the allies.

Private Owned Enterprises or BUMS are business entities that are established and capitalized by a person or group of people. Based on Article 33 of the 1945 Constitution, the business sectors that are given to the private sector are managing economic resources that are not vital and strategic or that do not control the livelihoods of the people.

Cooperation is a type of business entity consisting of people or legal entities of cooperation by basing their activities on the basis of cooperative principles as well as the people’s economic movement based on the principle of family.

According to the ILO (International Labor Organization), cooperation have 6 elements or traits that must be possessed, namely Cooperatives are associations of people, Merger of people based on volunteerism, there are economic objectives to be achieved, There is a fair contribution to the capital needed, Cooperative members receive benefits and risks in a balanced manner.

The Foundation is a legal entity that has a social, religious and humanitarian purpose and objective, established by taking into account the formal requirements specified in the law.

Foreign Private Enterprise is a business entity whose capital is owned by foreign parties. The factors of the emergence of foreign private-owned enterprises include factors of availability of natural resources (raw materials), large market potential, labor wages that tend to be cheaper.

This foreign private entity can provide benefits to the country because it supplies capital and implements advanced technology that is important for economic growth. But on the other hand, this can lead to dependence on foreign-owned private business entities because it actually reduces economic independence.

13 Most Common Insects in Bali