13 Most Common Insects in Bali

Have you ever since the flying cockroach at the hotel where you stay for a vacation? Or maybe you have ever heard the tourist was hospitalized due to the bite of small spider? Actually, you don’t need to worry about that in Bali. Bali is typically close to nature, however you would rarely see the strange insects in your hotel room. Some dangerous insects would only nest in a jungle, untouched beach, or perhaps in unclean bathroom. Here is the list of common insects in Bali you will find in several place.

Butterfly metamorphosis is the same as mosquitoes, namely through 4 stages. The eggs then larvae then become cocooned and mature. The life span of a butterfly can be a week or even a year. If you want to know more about the type of butterfly more fully, you can visit Bali Butterfly Park in Tabanan, Bali. 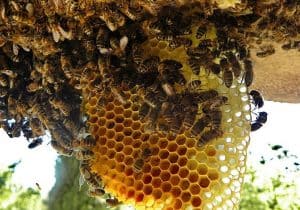 This honey-producing insect has four stages of the breeding process. Starting from the egg, the larvae turn into pupae and become mature. Inside the honeycomb is only led by one queen of bees and has members of nurse bees, search bees and gathering bees. And this is done almost all by female bees.

Meanwhile male bees only play a role in fertilizing the queen bee. After that, the male bee dies. Another interesting fact is that collecting bees will only collect nectar from the type of flower of the same species in one round. In forest areas in Bali, there are still many kingdoms of bees. Even some people deliberately make honey bee breeding to bee bees. 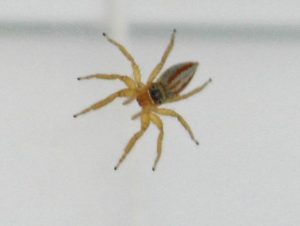 Spiders are predatory animals (carnivores), even sometimes cannibals. The main prey is insects. Almost all types of spiders, with the exception of about 150 species of the Uloboridae and Holarchaeidae tribes, and the Mesothelae suborder, are able to inject through their fangs to their enemies or prey. However, of the tens of thousands of species that exist, only about 200 species whose bites can harm humans.

Not all spiders make nets to catch prey, but all of them are capable of producing silk threads – strands of thin but strong protein fibers – from glands (called spinnerets) located on the back of the body. This silk fiber is very useful to help the movement of spiders, swinging from place to place, trapping prey, making egg bags, protecting nest holes, and so on. In Bali, spiders can live anywhere they like. Home-based spiders may be found in some places that are poorly maintained. 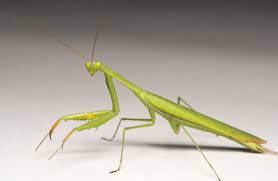 Praying Mantis lives in tropical to sub-tropical regions. Most are green, but some are brown and yellow. The praying mantis is also known as belalang sentadu, congcorang, walang kekek, kadung walang, and mentadak in Indonesia. There are many species of mantises. The most abundant species in Indonesia is Hierodula vitrea.

Now began to appear grasshopper breeders who specifically breed various types of mantis. In addition to its funny movements, mantis also has a variety of beautiful color variations with variations in body shape which are also no less unique. In this world, there are thousands of mantis species. However, only a few species have been preserved by exotic insect hobbyists, both as kelangenan animals and bred to meet increasing market demand. Just like dogs, cats, birds and reptiles, mantis is now also a unique pet.

Flies can be regularly found in homes and places throughout Indonesia. Some species are more common than others and are attracted to different environments according to their natural habits and life cycle. Knowing the size, habits, seasonal, and life cycle of different fly species can help identify the most effective fly control methods.

Even though flies are small and seem harmless, these small flies can carry many bacteria and germs that are harmful to human health. Often found resting on roofs and walls of buildings, the proliferation of female flies is known to be very fast. Therefore, it’s certainly not a good idea if you allow flies to fly freely inside your home or place of business.

Ants are family members of arthropods. The spread of ants is very wide. Almost all of the earth’s surface is this tiny specimen.

Ants live in colonies. Each colony will find worker ants, guard ants, male ants and are led by ant queens. The insects that enter the Formicidae tribe are the strongest in the world. Just imagine, a male ant can lift about 50 times its body weight. Amazing isn’t it? The body shape of the ant is divided into three parts, namely head, chest (mesosoma) and stomach (metasoma).

Insects that have two noisy wings, a slender body and six feet long, belong to the Dipetra order. The length of this species is not more than 15 mm. And basically mosquitoes suck the protein in the blood only for egg formation. This is only done by female mosquitoes. Whereas male mosquitoes only suck honey or nectric flowers

An interesting fact of a female mosquito is to have receptors. This means that every single female mosquito has a temperature and humidity sensor found on the lower part of its stomach. This is what functions to incubate the eggs. Besides that, mosquitoes that are attached to the surface of the water are actually not to drink the water. But it is only used as a foundation for its maiden flight. 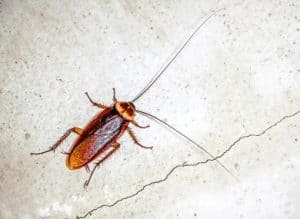 Cockroaches are insects that belong to the Blattodea order. Almost all parts of the world except the small poles can be found. Physically cockroaches have a length that varies depending on the area. 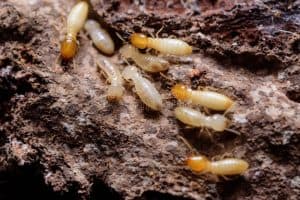 Termites are included in the infraordo Isoptera. This small animal has a typical behavior that can build a palace in the ground to a certain depth. In Bali, this kind of insect would probably stay in under of wooden furniture. So, be careful with your wooden souvenir that you buy in Bali. Make sure to safe it from termite.

One termite colony can reach hundreds of thousands to millions and is led by one termite that is protected by thousands of termites. Generally these termites appear at the beginning of the rainy season and come in droves. This is a signal of a new season.

Wasps are known for animals that make noise and sting. This animal entered the order Hymenoptera. Anatomically this animal is very easy to recognize than other insects.

This animal consists of 3 main parts, namely the head, throax and abdomen. Another characteristic of wasps with other insects is the waist that is fused with the chest and abdomen. As explained above, wasps like to sting. Only female wasps have stings. If it is stung it will be able to paralyze the opponent. But this is not harmful to humans. Wasp nests have the same shape as bees, they are hexagons. Here he will store food and where his child grows. 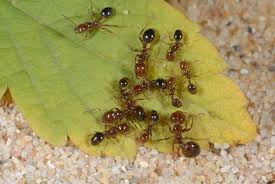 As the name implies, these ants have painful bites and can attack humans and animals. This ant has a length of 3 mm – 6 mm. It lives in colonies with up to one hundred thousand members. Each colony will be led by a queen of ant which spawns up to 200 eggs per day.

Physical characteristics of the waist and chest are clearly visible and the two antennas each have ten segments and the fire ant has no teeth. Fire ants are commonly found in the Ubud area of Bali where the climate there is still very conducive to this ant breeding place 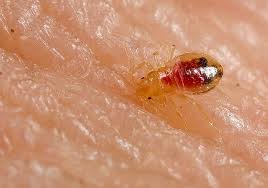 Mites are a group of animals that have eight limbs. Many people call mites like fleas. This is a false statement. Invertebrate type mites and their spread are very easy because they can adapt to various environments. Mites can be found in water and land freely.

Some types of mites that live their lives (parasites) and there is also a source of diseases that can cause allergies. Physically the size is very small and this is the mite factor can adapt to its environment. Because mites are found in tropical climates, mites are found in Bali. He hid a lot in a mattress or pillow that was rarely cleaned. When you want to find lodging, you should pay attention to the cleanliness of hotels or inns.

Orong-orong is carnivorous insects. These insects can run fast and can also fly as far as 9 km in mating season. Orong-orong is still in the Grylloalpidae family. Orong or dog land has thick, brownish skin and with a pair of legs shaped like a hoe, which serves to dig the soil and swim.

This animal will be easy to find at night while in winter hibernate. These insects can be found in holes, when we disturb them, they will make loud noises like crickets. You will still find many of these animals in rural areas in Bali.

Those are the common insects in Bali. However, you don’t need to worry since some of insects would just attack in a certain condition. You need to call the hotelier if you find some strange insects in your room.

10 Most Comon Snakes in Bali