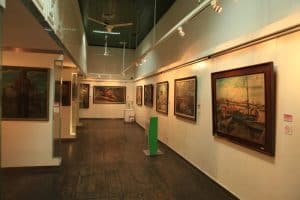 What’s in your mind about the museum in Indonesia? Perhaps the museum is identical with a dull and old building, dark lighting, limited collection, and so on. One of the benefits of museums that play a strategic role in introducing culture, in Indonesia is still far from expectations.

A proof of it is about the number of museums in Indonesia, which in quantity is still low. It is shown that Indonesia still needs to improve more the museums. Here are the facts of Indonesian museum you should know.

The Fatahillah Museum, also known as the Jakarta History Museum or Batavia Museum is a museum located on Jalan Taman Fatahillah no. 1, West Jakarta with an area of more than 1,300 square meters. The building was once a Batavia City Hall (Dutch: Stadhuis van Batavia) built in 1707-1710 at the behest of Governor-General Johan van Hoorn.

The National Museum or the Gajah Museum is one of the museum’s alternative tourism. Standing in the center of Jakarta, the Gajah Museum offers cultural and educational history. Until now, Gajah Museum has 141,899 objects, consisting of 7 types of collections of prehistory, archeology, ceramics, history, ethnography, and geography. Interestingly, the first and largest mThuseum in Southeast Asia has a collection of relics from various eras. Through the relics, you can get to know the civilization of other nations.

Indonesia has a total of 428 museums. 100 museums will be standardized. DKI Jakarta is the province that has the most museums, 64 museums. Next, Central Java, then DI Yogyakarta also has many museums. There are 19 Provinces which have less than 5 museums even have no museum at all. East Kalimantan has only 6 museums. Central, North, and South Kalimantan each have only two museums.

6. Angkot Museum has the largest collection of transportation

The building that used to be a stage building is owned by the largest cigarette manufacturer in Indonesia, Sampoerna. In it, you will find a collection of cigarettes from the first time made to modern day cigarettes. From the second floor, you can see the process of how cigarettes are made from the Sampoerna factory located next to it. Not only museums, but this place also provides cafes for you who are tired of traveling around.

Aceh Tsunami Museum is the greatest in Indonesia. This museum is futuristic and very far from ancient and haunted. Started one year after the 2004 tsunami and inaugurated in 2009, the museum was built at a cost of sixty billion. This museum is located on Sultan Iskandar Muda Street, just beside the Dutch graveyard (kherkhof) and across the road of Blang Padang Square.

This is the first and only toy museum in Indonesia. Built on February 2, 2008 by Rudi Corens, Kolong Tangga Children’s Museum is a ‘concern’ for children and adolescents who tend to forget about their culture and traditions today. Most of the toys collected by this museum are from the 90’s era. More than 16 thousand collections of toys, story books, pictures, both from within the country and various other countries are here. It is suitable for those who want to memorize your childhood.

The National Museum is the most comprehensive museum in Indonesia that stores no less than 141 thousand objects of historical value consisting of prehistoric, archeological, numismatic, heraldic, ceramic, ethnographic, and historical collections. Almost all the inscriptions and statues you know from school textbooks are stored here. The National Museum is west of the National Monument complex. In front of the museum there is Transjakarta bus stop corridor 1.

Danar Hadi Batik Museum is located in the city of Solo, Indonesia. Here you can enjoy a complete collection of batik art from the time before and after the Dutch colonialism. You need to know that batik exhibited high artistic value such as Batik Kraton, Dutch Batik, Chinese Batik, Batik Hokokai, Batik Indonesia, until Batik Sudagaran.

In addition to looking at batik collection you can also watch the process of making batik in the workshop in the museum. The admission price is only Rp 25,000 for public and Rp 10.00 for students.

Those are the facts of the museum in Indonesia. Museums in Indonesia are typically unique and various. You can enjoy many themes in every gallery and display that are available there. Besides, you could also get more knowledge on history.

Popular Coffe in Bali to Enjoy for All Coffee Lovers