Indonesia is categorized as the fourth most populated country in the world. Indonesia is an archipelagic country composed of approximately 17 thousand islands from Sabang until Merauke therefore Indonesia is well-know for its cultural heritages. Indonesia has many historical relics which are getting acknowledged by the global world. Those heritage sites are perfect for the local or foreign travelers. Here are several famous historical relics that you should know in Indonesia. 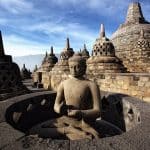 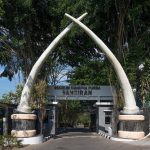 This place is a perfect place to study about human’s fossils. Half of the world’s Hominid fossils are discovered here in Sangiran, Indonesia. Therefore this place is utilized as a place to learn about the human’s evolution. It is believed that Sangiran is inhabited for over than one and half million years.

Even though Sangiran is not as good as Borobudur for vacation, this place has a powerful aura which will amaze you. The latest Sangiran Museum was opened in 2011, the visitors can see fossils and other insights. 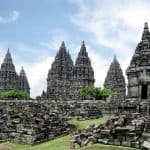 This temple is also located in Central Java and it is as impressive as Borobudur Temple. Prambanan Temple is categorized as one of biggest temples in Southeast Asia which was built in the 9th century. this compound holds several towering structures dedicated to the three great Hindu divinities, Shiva, Vishnu and Brahma.

These temple is decorated with stone carvings which reflects the Hindu religion in Indonesiaespecially the epic of Ramayana. For more information about poular temples in Magelang Central Java you can check this link Famous Temples in Magelang 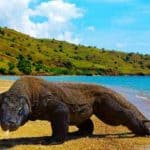 Komodo National Park is located in Komodo Island. This beautiful island consists of 29 smaller islands and it has various flora and fauna. The main attraction in Komodo Island is Komodo Dragon which is considered as the largest lizard species in the world. This island is inhabited by around 5.700 giant lizards (Komodo Dragons). Read more about The Komodo Dragon Island in Indonesia

They are only exist in this place therefore Komodo Dragons attract many scientists who want to do research on evolution. This island is located in the shatter belt within the Wallacea Biogeographical Region, between the Australian and Sunda ecosystems. 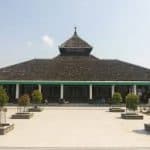 As we know that mosque is a place for Moslem to pray. Apparently there is one the oldest mosque in Demak, Central Java. This mosque reflects another amazing story in Indonesian history. It is believed that Demak Mosque is built during 15th century.

This mosque is made of aesthetic structures; it has wooden materials and tiered rof that replaces the iconic Islamic mosque domes.  Enrich your knowledge by read about The Largest Mosque in Indonesia 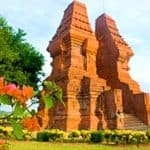 Trowulan Archaeological site is nominated as the only city site of the Hindu-Buddha classical age in Indonesia that can still be found by UNESCO.

The researchers and even the local people have found thousands artifacts in the Trowulan site and most of them are being preserved. Those artifacts such as artifacts which is made of clay, ceramics, metal, and stone. 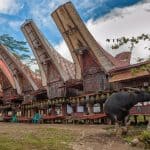 Tana Toraja is a historical place located in South Sulawesi, this place is utilized for a place to do funeral rituals which can be done in several days.

On the other hand, the cultural tradition is this place is very thick. The travelers who visit this place will be amazed at the tongkonan- it is a traditional house which has boat-like roof shape. Read more about Tana Toraja Death Rituals 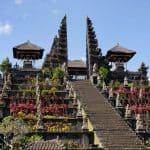 Pura Besakih is located in Bali, this historical place is also known as Mother Temple of Besakih. Pura Besakih consist of a huge complex of Hindu temples in Bali.

Furthermore, the temple is still being used today, Pura Besakih becomes a place to celebrate several festivals for both local people and the tourists throughout the year.

Pura Besakih is believed as the most sacred Hindu monuments compared the the other places in Bali. It is a place of the sanctuary of Pura Penataran Agung also resides within the temple complex. 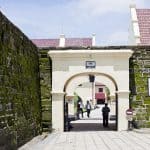 Rotterdam Fortress or Ujung Pandang Fortress is a heritage of Gowa Tallo Kingdom, this fortress is located in Makassar, South Sulawesi.

On the other hand, this fortress is built in 1545 by the 9th Gowa King. It is shaped like a turtle who want to crawl down into the ocean.

This turtle shape is significant with Gowa philosophy. Turtle can live in water and land so that means Gowa Kingdom can be prosperous in both water and land as well. 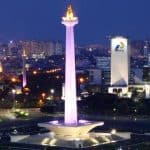 National Monument is located in the Capital City of Indonesia, Jakarta. This is an important place symbolizes the struggle of Indonesian people struggle during colonialism era to achieve independence. The monument is topped by a gold-coated artificial flame that symbolizes such burning spirit.

Visitors to this monument can observe the dioramas depicting the historical journey of Indonesians since the colonial era until they achieved their independence at the base of the monument. Read more about Top 15 Indonesian Landmarks 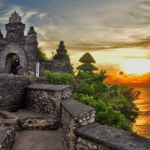 This temple is located in Bali and was built in 8th century. Uluwatu Temple place on the top of the cliff on the the south-western tip of the Bukit Peninsula in Bali.  This is an important Hindu temple for Balinese people.

The people considered that this temple is unique, why? most of Balinese Hindu temple face eastward or northward meanwhile this temple is the only one that faces towards southwest direction.

Read more about  Types of Tourism in Bali,  Fun Activities to Do in Bali Indonesia, and  Delicious Things to Eat in Bali.

Those are only a brief information about historical relics in Indonesia. Indonesia is still thick with cultural heritage that needs to be preserved well. Those places can be the alternative places to visit during holiday.

35 Incredible Things Not to Miss in Indonesia