The Amazing History of Soekarno 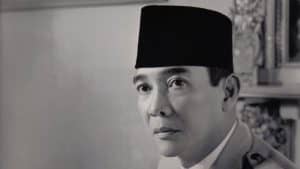 Until now the father of Indonesia. proclaimer became one of the most admired figures in Indonesia. He is a celebrity in Indonesia with the contents of a speech that inspired and burned the spirit of young people in his time.

Even to this day the contents of speech bung karno still favored and used as a burning spirit of the next generation afterwards. As president, Sukarno was highly respected by the leaders of the country in the world at that time. Soekarno was born in Surabaya on June 6, 1901 with the real name of Koesno Sosrodihardjo. He is a child who excel since childhood even Soekarno able to master so many languages so known by his intelligence in the eyes of the world. Here’s the soekarno biodata for you.

Bung Karno is a popular name of Soekarno. He was born on June 6, 1901 in Blitar, East Java. When Soekarno was a kid, he did not live with his parents in Blitar. He lived with his grandfather Raden Hardjokromo in Tulung Agung, East Java. Soekarno even had to go to school there though not until finished, because he had to come along with his parents who at that time moved to Mojokerto.

Soekarno’s childhood with his parents in Blitar was not spent for long. His father is Raden Soekemi Sosrodihardjo who is a teacher in Java, precisely in Surabaya. Then his mother is Ida Ayu Nyoman Rai who was originally from Buleleng, Bali. Next he lived with his grandfather named Raden Hardjoko in Tulung Agung, East Java. He had attended school there though not until finished due to return to join his parents to Mojokerto.

In Mojokerto, Soekarno then schooled at Eerste Inlandse School where his father also works there as a teacher. But then he was transferred in 1911 to an elementary school level ELS to be prepared for entry at HBS in Surabaya. After graduating and attending HBS in 1915, Soekarno then lived in Haji Oemar Said Tjokroaminoto or HOS Cokroaminoto house which is a friend of Soekarno’s father. That is why Soekarno familiar with the world of struggle that made it a true warrior.

While in Mojokerto, Ir Soekarno’s father sent Soekarno a small school in his father’s place to become a teacher. But in 1911 his father transferred Soekarno to an ELS school or Europeesche Lagere School which aims to get Soekarno later easily into HBS or Hogere Burger School in Surabaya.

After graduating from Hogere Burger School in 1915, Soekarno went on to live with Haji Oemar Said Tjokroaminoto or now more familiar with the name H.O.S Cokroaminoto where he is a friend of Soekarno’s father who is also known as the founder of Islamic Union.

Soekarno’s biography of education still continued where at Cokroaminoto’s home, young Soekarno began to study in politics. Young Soekarno also studied for speech by doing it alone in his room in front of the mirror. In his school, Hogere Burger School, Soekarno also gained a lot of knowledge related to many things.

After completing his education at Hogere Burger School in 1921, Sukarno then moved to Bandung and then lived with Haji Sanusi who then went to school to THS or Technische Hooge School in civil engineering department which is now ITB and then graduated on 25 May 1926 so get an Engineer or Ir.

Soekarno entered the period of national movement where in 1926 young Soekarno founded Algemene Studie Club in Bandung. It turned out that this organization became the beginning of the establishment of the National Party of Indonesia which was established in 1927. Furthermore, Soekarno’s activities in the National Party of Indonesia also led to him captured by Shopping in December 1929 then led to a phenomenal pledoi at that time that is “Indonesia Menggugat”. He was later released on 31 December 1931.

Subsequently Sukarno joined the Indonesian Party or Partindo in July 1932 where the party was a fraction of the Indonesian National Party. Because of this activity, Sukarno was re-arrested in August 1933 and exiled to Flores. In this condition, Soekarno was almost forgotten the national figures because of its remote location and alienation. Even so, Soekarno’s spirit never collapsed even in isolation that could be implied from every letter to Ahmad Hassan who is a Guru of Islamic Unity.

In the early period of Indonesian occupation by Japan around 1942 to 1945, Kepang government still has not paid attention to figures from the Indonesian movement. This can be seen from the 3A Movement whose characters are Shimizu and Mr. Syamsuddin where they are both less popular.

But in the end during the Japanese government, the figure of Indonesia is then began to be considered and then also used from Soekarno, Moh Hatta and many more along with the organization, so cultivated can attract the attention of the Indonesian population.

Finally, these national figures then worked together with the Japanese government in achieving Indonesian independence. Even so, there is still a movement that is underground Amir Sjarifuddin and Sutan Syahrir, considering they assume if Japan is a dangerous fascist.

Subsequently on August 18, 1945, PPKI then appointed the first President and Vice President of Indonesia, Soekarno and Moh Hatta. This appointment was then confirmed on 29 August 1945 by KNIP. Just a moment to be President, Soekarno on September 19, 1945 was able to solve the problem without any bloodshed in Ikada Square where there are 200 thousand more people of Jakarta who planned to clash with the Japanese troops with weapons that are still complete.

When the allies came with the leadership then was the Lieutenant General. Sir Phillip Christison, they finally acknowledge the de facto sovereignty of Indonesia after the meeting with President Sukarno.

Despite the many services of President Soekarno, he also experienced a falling period starting from the time he parted with Vice President Moh Hatta in 1956 due to Moh Hatta’s resignation from Indonesian politics. Not to mention the many rebellions of separatists and occurred in the territory of Indonesia. The peak of this rebellion also occurred with the G 30 S PKI which made President Soekarno unable to fulfill his dream to make Indonesia prosperous and prosperous.

After that Soekarno experiencing ostracism made by substitute President Soeharto. Sukarno who was old was often sick and finally died on June 21, 1970 in Jakarta precisely at Wisma Yaso. His body was buried in Blitar and until now Blitar icon. Each year, millions of tourists are often visited by tourists both from within and outside the country, especially when there Bung Karno haul.

Those are the long history of Soekarno. This firs president of Indonesia was famous as the though men, although some people judged him very badly. No matter what, Mr. Soekarne had given his best for Indonesia. And you?