Independence Day celebration of the Republic of Indonesia is celebrated on 17th August 2016 and commemorated to remember the day Indonesia become a self-ruling country away from colonialism. This anniversary made the month of August more special for all Indonesians. On that day, you not only commemorate the day our nation’s independence that is proclaimed, but you can also enjoy the feel of celebration that you can only meet in the days leading up to August 17th. Every year people celebrate this historic day with various things. From young to old people even following these events.

Then, Here some information about Indonesian Independence Day Celebrations, as follows:

1. Indonesian Flag Raises Across the Archipelago 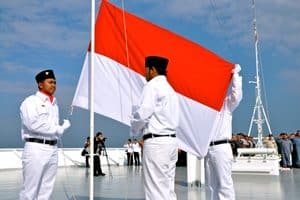 Generally, people are encouraged to install flags for 5 days, from 14 to 18 August. Surely the flag you put must be in a decent condition flag, meaning there is no part that is damaged, torn, faded, tangled, or dull.

Meanwhile, if you found to be flying the flag that is damaged, you can be sanctioned by the authority. So do not forget to check the condition of the flag in your house. If you have to change to a newer one, you can get it from a row of flag traders who sprang up on the street leading up to independence day.

From the time leading up to the independence day, your own home environment must be enlivened with red or white flag poles or colorful ones. This rule has also been enacted in a governance that stated installing a red and white flag in every home or other location and has been regulated in Article 7 of Law No. 24 of 2009

2. A Show of  Tradition from Each Region 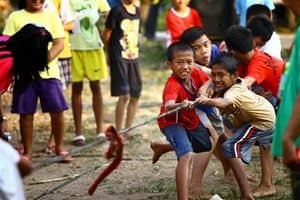 Diversity in Indonesia is beautiful. In addition to the holding of flag ceremonies, various traditional competitions will also adorn the moment of the anniversary of Indonesia’s independence day. The beauty is also displayed in different traditions in the celebration of Independence Day.

For example, in Aceh, there is a tradition of Tepat Kude Goya or horse race. In addition, the Festival Telok Abang in Palembang which is a festival of red eggs plugged in boats, airplanes, and cars from wood or cork.

Then, there is also a sailboat race in Batam and a rowing race from Banjarmasin. All these competitions require teamwork and also the spirit of struggle that reminds us of the struggle of the heroes of the past.

Indonesia is a country that consists of different cultures but still one language. Because of the difference, each region can have its own way to celebrate Independence Day. For example, in the city of Semarang, local residents routinely perform a torch relay with a torch being passed every year as a symbol of the spirit of heroes who have fought for independence.

This race is not only held to commemorate the independence of our country, but also to strengthen relationships with local residents. You can follow or watch this exciting and fun contest around your residence.

3. Flag Ceremony as a Red and White Flag 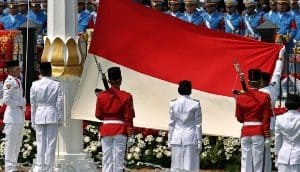 The thing that must be done and become the symbol of Independence Day is certainly the flag raising ceremony of our beloved country. The raising ceremony of The Great flag of Merah Putih in the state palace becomes a sure thing to do and are looked forward to by the people of Indonesia.

Actually, not everyone can attend and be involved directly in the process of raising ceremony at the state palace. But, you can still see the live broadcast of the process on TV because it will be broadcast live.

On that date, most of the Indonesian people will watch the ceremony broadcast from before the hoisting, the execution of the raising, to the lowering down of Sang Saka Merah Putih.

In addition to the state palace, schools, universities, and several the company will also always held a flag-raising ceremony. The flag ceremony is mandatory to commemorate the Independence Day of the Republic of Indonesia. However, careful preparation before the event will make the ceremony better performed. For those who are still in school must follow the flag ceremony.

4. The excitement of Competition 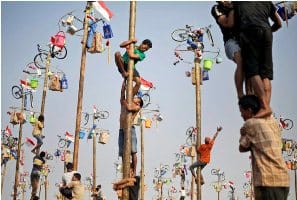 Surely in your neighborhood compound will be held many competitions to commemorate the 17th of August. This activity certainly requires the involvement of society. Starting from preparation until the day of the celebration. With the enormous efforts, and also togetherness with residents in the housing complex will make the celebration even more fun.

Youths in the neighborhood are also usually the committee of the 17’s and determine the theme and type of race to be held. The usual race is held every year such as climbing areca nut, sack racing, and hitting each other with a pillow on the water.

Then, all these competitions require teamwork and also the spirit of struggle that reminds us of the struggle of the heroes of the past during independence. 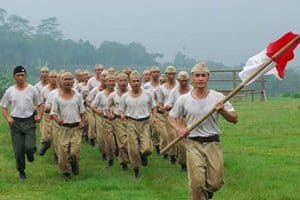 For you who vacationed on the holiday from the daily activities on August 17, then you would want to enjoy it by relaxing on your couch at home. Well, television programs related to the 17s will be aired on the tv screen. Not only the original program from television stations, but also many films with the theme of Indonesian nationality pride.

Many famous film producer will release their new Independence theme movies and you can watch them in your nearby theater so as to enliven the moods of struggle that our forefathers have experienced during the occupation from the foreign entity.

6. Working Together for the Independence Day Celebration 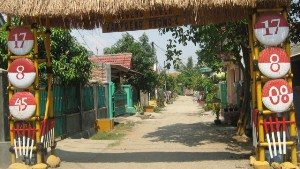 This one thing is usually only found on the eve of Independence Day on August 17th. Not only getting involved when participating in the climbing arena only, in August, the local residents will hold a gathering to clean up the environment around them, installing red and white flags on the street, and also paint or repair the gate in their house to beautify their surrounding.

Moreover, they will also erect a big ornamental gateway to their villages with the numbers date of the Independence and the most creative one will win the prizes set up by their local administration offices. The moods of togetherness will simply enhance people’s perception towards the meaning of Independence.

7. Celebrate Independence with the Parade 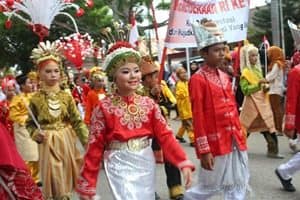 Often also referred to as a carnival around town, this is mandatory. Participants also come from various ages, children to adulthood. In addition, government agencies or communities also usually took part in the parade. Ornamental bicycles, customs parade to barongsai will fill the parade event to entertain the crowd.

Many custom dresses from the various region will also enliven the moods of diversity and added with the sound of marching bands playing the song of the national anthem that will surely attract many people attentions from the crowd gathering there in the streets.

As the times progressed, more and more new music genres became trending and turned to favorites of the younger generation, for example, Hip Hop and K-pop. If young people are asked about the national anthem, maybe they only know Indonesia Raya song. This could also be due to an education system that introduces less national songs to its students.

However, it was on this independence month that the younger generation will be introduced to the national songs. The songs are again be broadcasted on TV, radio, and on public places. Also do not be surprised if you hear any national songs that are remixed into Dangdut or Pop songs that turned into catchy tunes.

If you often walk in the shopping center mall during RI anniversary, then you must often see a clothing store full of red and white clothes. Not only that, usually the stores also provide special discounts in accordance with the Indonesian independence figures, such as discounts 8, 17 to 45 percent. This will make people want to spend money more on such low-cost item and the discount will be enjoyed by much Indonesian so make sure to grab the discount while it lasted.

Some big E-Commerce company as well as start up company which still want to grow up their stores and products will do this kind of marketing to gain up more buyers while this big moment came. They usually do sale, event, share coupons, etc.