Do you know that UNESCO has set Indonesian batik as a humanitarian legacy for oral and non-cultural culture since October 2, 2009? Therefore, every October 2 finally becomes a memorial moment for the national batik day in Indonesia.

In its development there are various types of batik scattered in Indonesia. Diverse motives usually depend on the characteristics or beliefs in each region. Batik is increasingly being used as formal clothing. Not only made into clothing, batik cloth or batik motifs have now also begun to be applied to various home decorations, such as sofas, wooden furniture, carpets, pillows, and so on. Here are 12 of the most famous types of Batik in Indonesia. 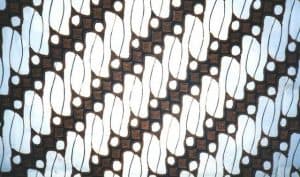 Parang comes from the word pereng or italics. The shape of the motif is shaped like the letter “S” with a long, wavy tilt. The motif of Parang is spread throughout Java, starting from Central Java, Yogyakarta and West Java. Usually, the difference lies only in the accent of the machete batik motif. For example, in Yogyakarta there is a Parang Rusak and Parang Barong motif, in Central Java there is Parang Slobog, and in West Java there are Klisik Parang.

The Sogan batik motif has been around since the days of Javanese ancestors a few centuries ago. This batik is dominated by light brown color and has a unique motif like, flowers with accent point-point or line arches. Previously, this batik was used by kings in Java, especially the Sultanate of Solo. However, it can now be used by anyone, both citizens of the palace and ordinary people.

Sogan Batik is indeed a type of batik that is identical to the Javanese palace area, namely Yogyakarta and Solo, the motif also usually follows the standard motif of the palace. Yogya and Solo Sogan can also be distinguished from the color. Usually the dominant Yogya sogan is dark brown and black and white, while Solo Sogan is brown-orange and brown. This classic Sogan batik is indeed always a lot of devotees and lasting without knowing the season, there are always lovers of this type of batik. 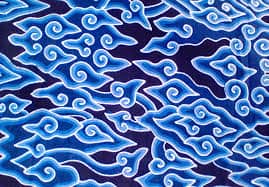 Megamendung batik is an identical batik artwork and even becomes a batik icon in Cirebon and other parts of Indonesia. This batik motif has a peculiarity that is not found in other batik producing regions. Even because it is only in Cirebon and is a masterpiece, the Indonesian Ministry of Culture and Tourism will register the megamendung motif to UNESCO to get recognition as one of the world heritage. ‘ 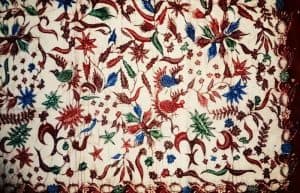 Gentongan motif is different from other batik. This batik from Madura uses simple abstract motifs, plants or a combination of both. Gentongan batik colors usually take bright colors like red, yellow, green, or purple. Batik Gentongan itself is taken from a barrel, which is pottery which is used as a container for dyeing batik cloth on color fluids.

The uniqueness of Madura Batik which is not found in other areas is batik gentongan. Batik is called gentongan because the manufacturing process uses barrel as a tool for soaking cloth. The barrel technique is only done for one type of color, namely indigo. The Gentong technique for dyeing batik is only found in two places located in Tanjung Bumi sub-district, Bangkalan district. It is not known exactly when this technique began in Madura. Usually the barrel is passed down from generation to generation. The results of indigo dyes carried out on the barrel are intact, durable, and evenly concentrated.

Pring Sedapur batik motif has a simple but elegant characteristic. The motif used is a bamboo motif, so it is often also referred to as Pring batik. This batik is not only beautiful in its simplicity, but also has a simple philosophy. Pring Sedapur can be interpreted as a family of bamboo trees. This motif depicts shady rural nature and is often tinged with the friction of bamboo trees.

Bamboo gives a sense of peace, shade and harmony. Besides that, bamboo / pring also has a deep philosophy for Javanese people, that is, anything within us must provide benefits for others, from birth to death.

Kawung Batik is an old motif originating from the Javanese land which is shaped like a girdle arranged on four square corners. This motif, according to the records of research, has been around since the 9th century.

However, it is said that Kawung batik only began to develop in the era of Ngayogyakarta Hadiningrat Sultanate, namely in 1755 in the 18th century. This batik is inspired by the shape of the kolang kaling fruit. The oblong shape of the kolang kaling is arranged four sides in a circle. This motif originated and developed in Central Java and Jogjakarta. Usually the motif is the same, only the difference is the decoration or accent. This batik also includes the most widely used Indonesian batik motifs. 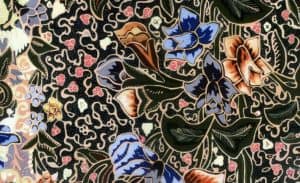 This seven-way batik motif from Pekalongan is very thick with natural nuances. In general, Pekalongan batik displays the motif of an animal or plant. The motives are taken from various mixes of local and ethnic Chinese culture.

Because, in the past Pekalongan was a transit point for traders from various countries. So, that acculturation of culture makes Pekalongan batik very unique to nature, especially jlamprang motifs, buketan motifs, bright moon motifs, cement motifs, pisan bali motifs and lung-lungan. 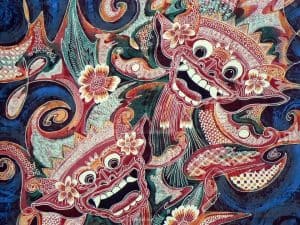 What is the first thing that comes to your mind after hearing the word Bali? It’s definitely tourism. Do you agree? Do you know if in the city of Bali also has batik cloth with a motif that is quite famous. Batik cloth from Bali is often used for activities that smell of traditional ceremonies and religious rituals of the Balinese people.

The distinctive features possessed in this batik cloth are in the traditional motifs and mixed with modern motifs such as deer emblems, storks, turtles to dragons. If you visit or have a plan to vacation in Bali, there is no harm in buying regional batik to be used as souvenirs for your beloved family at home.

This cuwiri batik motif is dominant using elements of gurda and meru. The word Cuwiri has small meanings, and is expected to be appropriate for the wearer, harmonious and respected in accordance with the view of life of the Javanese people, namely prosperity and kindness. 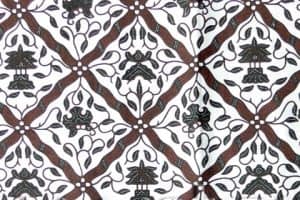 Those are the motifs of Batik that are popular in Indonesia. If you visit Indonesia, you may buy one of them as a souvenir. It would be the epic souvenir ever!

The Must Eat Places in Bandung West Java