Home » Socio Cultural » 10 Social Cultures in Bali You Can Experience

10 Social Cultures in Bali You Can Experience

Bali province lies in the Eastern part of Java island. This province is included in the Nusa Tenggara archipelago. The archipelago was once called as the Little Sundanese. The Balinese people inhabit Bali Island which is now a province with eight districts and one city.

The Balinese live in a neighborhood called Pawongan, Pawongan itself is divided into two types which is customary village (desa adat) and the official village (desa dinas). 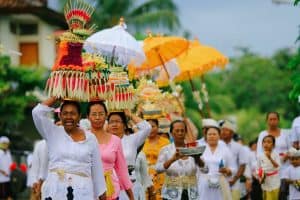 Nowadays, the Balinese language is learned by the foreigners as well because Bali gets so many visitors from outside the country. 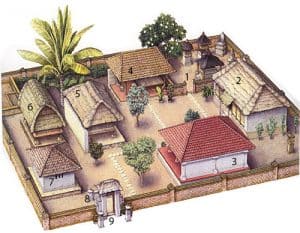 Triangga is a Balinese social culture especially in the architecture matter, the concept of this architect consists of upstream, body, and legs.

Triangga is seen as  a miniature of the universe that becomes a place of all human activities. This building symbolizes the force that comes from eight directions of  time arrangement called astawara.

Balinese people have a precise consideration when they want to build home, they believe that the direction where the home is facing to has a meaning.

The house that faces the mountain is considered as a direction to virtual nature, sea means the realm of hell, west refers to death or crime and east refers to birth and goodness. 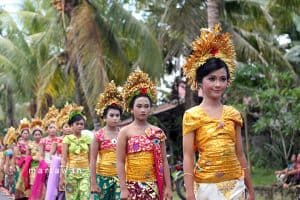 In the daily life, Balinese boys are required to wear a headdress called Destar or Udeng while girls wear  tengkuluk or kancrik.

A priest is obliged to wear an attire called Wastra or a White or Yellow. Some of the Balinese wear flowers on their hair or on the earlobes called sumpang. 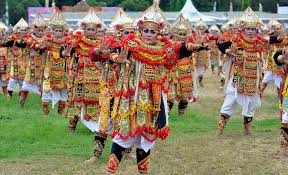 Art is something crucial for the Balinese religious life. Religious ceremonies use various elements of art such as art, music, dance, and literary arts as sacred art.

Therefore there are many traditional dances in Bali such as tari topeng which is based on the legend of life with wayang kulit as one of the traditional media.

Another traditional dance such as tari baris which is a traditional war dance that worships the mighty warrior of Bali who wins war.

The dancers wore gigantic masks or creepy masks by taking stories from the legends of Ramayana and Mahabharata. Some of the Balinese traditional dances are even popular in the international world such as tari pendet, tari barong, or tari kecak. 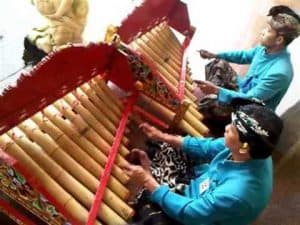 This instrument is used in marriage ceremonies and show events known as “Joget Bumbung”. Joget Bumbung dance is usually accompanied by ten or twenty gamelan players.

Kendang is an important musical instrument in Balinese gamelan. In Bali there are two types of kendang, namely kendang wadon and kendang lanang.

Gender is the most traditional instrument in Bali that is usually played by four persons to accompany wayang kulit. 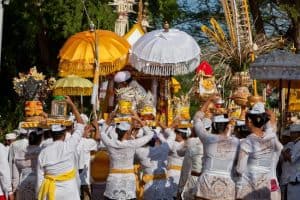 The example such as birth ceremony which is divided into three classes namely the common folk, the nobility, and the Bali Aga.

Wedding ceremony which is divided into two parts namely kawin lari and kawin ngindih. As for funeral ceremony, Bali is well known with ngaben ritual which requires a huge amount of money. 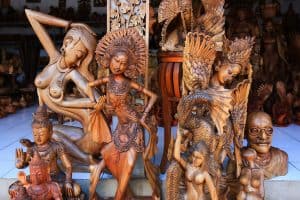 Bali province is considered as a region which is rich in culture. One of them is the various handicrafts produced by each district in Bali province. 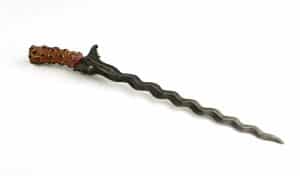 Keris is a Balinese traditional weapon. In addition to self-defense kris may represent a person in a marriage invitation.

According to the belief of some residents of Bali, keris can heal people who are bitten by venomous animals when drinking water that is soaked in keris.

Another weapon is called as wedhung, wedhung is a made of metal forged and wooden handles that have been carved.

The third one is tiuk, tiuk is pretty similar with wedhung however tiuk does not use as a weapon for self-protection but tiuk is used to cook or making sesajen.

Despite Bali is now a modernize region, the social culture still develops well in the region. It is good so that the visitors can know and love the local culture.