A house is simply a place where people can live. It’s a shelter for families to gather, to work or to rest. The houses in Java, Indonesia, have undergone so many transformations throughout the years to look more modern. But they didn’t used to look the way they do now. Java also has their own traditional houses that date way back to the past and are still used by some villagers to live.

By learning about these 13 Traditional Houses in Java Indonesia, you can also learn about the Javanese culture. There are some symbolisms and meanings that are instilled into the structure of these traditional houses. 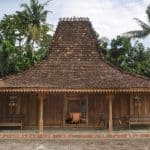 The Joglo house is a traditional house that can be found scattered all around Java. However, it originally came from Central Java.

The main component of the house is teak wood. What’s interesting about this house is the roof.

The shape resembles a pyramid, like the peak of a mountain. This symbolism is important to Javanese because they consider mountains as sacred things.

The house has 4 main poles which hold a special meaning. They represent the four wind directions, North, East, South and West which are thought to have supernatural power. 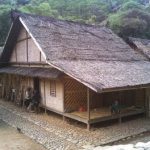 The Badui traditional house is mostly located in Banten, the western province of Java. The entire house is build with natural materials.

Bamboo is the most important component for this house along with some woods and stones. River stones are the foundation of this house.

They are buried deep under the earth to make the house strong. It ensures that the poles of the house won’t easily rot. The walls of this house are made with bamboo weave to keep the house cool. 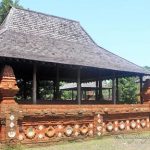 The West Java also has Kasepuh traditional house. It has existed ever since they year of 1529. A prince named Cakrabuana made it and that’s why the house is considered as a royalty home as well.

This house is huge and the yard is filled with many other small structures with no walls that have their own purpose. Some used to be the place meant to watch the army train while another is still used to play the gamelan twice each year. 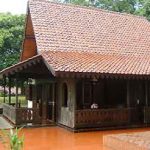 Apparently, when you look at the roof of the house from the side, it resembles the folds of the blouse. This specific traditional house has an exceptionally large terrace.

The area is useful to receive a large amount of guests or to simply enjoy some quality time with the family. The walls of the house consist many panels that you can slide to make the living area spacious. 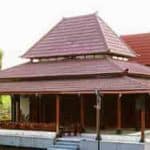 The next traditional house is the Panggang-Pe which is located in the Central Java. The word panggang means ‘roasted’ while the word Pe comes from epe which means ‘drying in the sun’ in Javanese.

The reason why the house is named as such is because it used to be the place where people would dry up their tea leaves, yams and all other farm produce. This traditional house is a simple one with one of the roof sloping at a longer length than the other one. 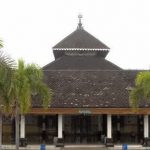 Tajug house is a special traditional house in Java. It has one specialty as a house.

The place is only allowed to be used by people for worshipping purposes. Ordinary people are not allowed to build this traditional house.

Only chosen people have the permission to build it because this house is considered as a very sacred building. This traditional house has its distinct feature which is its sharp, triangular roof. 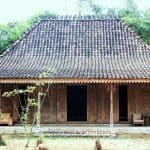 The word limas means ‘pyramid’ so this traditional house is named after the shape of its roof. The roof has four sides and cover the whole house.

Unlike the Tajug house mentioned before, this particular traditional house is for alright for the common people. In fact, it is the house that a lot of Javanese villagers own. What’s interesting about this house is that, apparently, you can take apart each component without ruining the entire house. 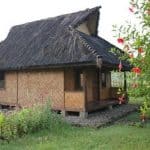 Kampung traditional house is similar to the the Panggang-Pe house. It has two big terraces, one in the front and one in the back.

The main materials used to build the Kampung house is wood and the foundation is made with stones. The poles of this house consist of 4 or multiplication from the number 4. So, a Kampung house can have 8 poles, 12 poles or even 16 poles. 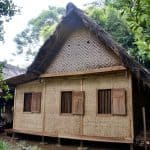 Parahu Kumureb house is a traditional West Javanese house. The name of this house can be loosely translated to mean a ‘capsized boat’.

It can be seen from the shape of its roof. The back and the front roofs are trapezium in shape. Meanwhile, the side roof are triangular. This traditional house has its flaw that may annoy some people.

It’s very easy for the ceiling to experience leaking, especially during the rainy season. But still, this traditional house is still common and many villagers are living in it. 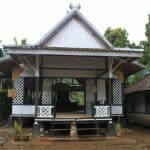 For this traditional house, the meaning would be ‘a bird flapping its wings’. The side roofs of the house do have a wide area that cover the house.

If a person were to see it from the front, it would resemble a bird with its wings opened. The materials for the roof could be made from the sago palm or blady grass.

Villagers still own this house and this design is still used by some of university buildings, particularly Bandung Institute of Techonology. 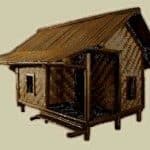 This next traditional Javanese house is related to an animal, specifically rhino. The name itself would mean ‘a yawning rhino’ because of the roof.

The house has two roofs, one is small while one is big. The larger roof is for the back of the house while the small one is for the front of the house. The front roof is compliments the terrace more where people would usually takin in their guests. 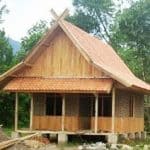 The name of this traditional house reflects the unique wood structures that are placed on the peak of the front and the back roof. They look like the blades on scissors.

This design used to be very popular in the olden days and it still is now used by people in numerous villages. The house has a foundation that is higher than the soil it is standing on. There is a small stair right in front of the door of the house. 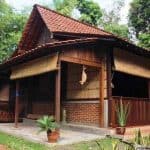 The traditional Jolopong house used to be everyone’s favourite because of the design. It’s simplicity has its own charm.

There’s no complicated designs for the roof or the walls for the house. Other than that, it saves a lot of money because the materials are not that expensive.

The layout of the house is similar to other houses. It has its terrace, family room, bedrooms and the back area which is used as the kitchen.

When you come to a region in Java, you may stumble upon one of these houses along the way. Some of them are more common in the villages while some are preserved as historical buildings.