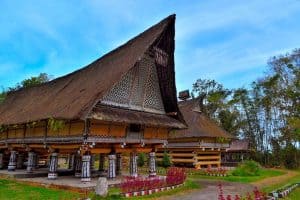 Indonesia is the most beautiful country. From Sabang to Merauke, there’s an interesting thing to see. Look around, maybe you’ll see the beautiful things. The culture, the architecture, the people, all of it are amazing. But hey, let’s talk about the traditional architecture in Indonesia. From Sabang to Merauke, there are 33 province instead. Every province have their own uniqueness and much thing to see. 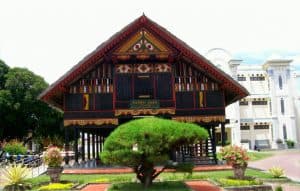 First one is Krong Bade or “Rumoh Aceh” from Nanggroe Aceh Darussalam in Sumatera Island. This large house look like a stage house with a stairs in front of. Krong Bade has a rectangle shape and made up from West to East.

Meanwhile, the whole wall inside the house made of a wood with frame of picture as a decoration. The rooftop made of Rumbia leaf and the floor of bamboo. These days, Krong Bade is rare because people tent to build a modern house.

Then, as additional, Bataknese language also different one to another. It means every tribe have their uniqueness shape, but the shape almost the same each other. “Rumah Bolon” has a rectangle shape, which has pole as a buffers. 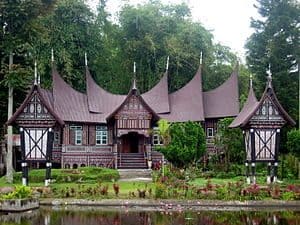 In West Sumatera, there is Gadang traditional house. This is the large house which have a rooftop look like a horn with the sharp tip. The rooftop made of fibers. There are many function of Gadang house, such a place for living, place for taking care people illness, and place to celebrate a ceremony. Gadang house is a combination between rectangle and triangle shape. Although we live in modern era, Gadang traditional house can find easily. Its because Padangnese (the indigeous tribe) make this house as a heritage. Even people who want to build a house tend to build Gadang house because its marvelous shape. 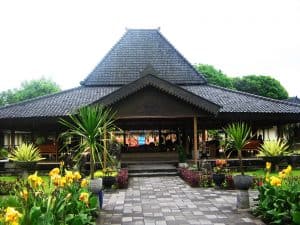 However, people who come will welcome in the second living room first before come inside. The uniqueness come from every side of the house. All the “Keraton Pedigree” tend to build Joglo as a place for living. 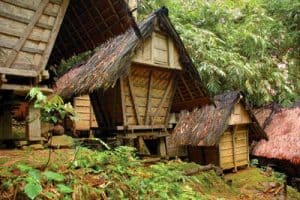 Look how simple the house is! The house not as large as the previous house but it’s quite unique. The house find easily in Banten. Basically this small house look like a stage inside which made up of fibers. The whole material to build the house made of bamboo. Badui traditional house become popular because it’s simple. There’s only few room or maybe none. Also the number of people who live inside just a little. This Badui house suitable for two until four family members. 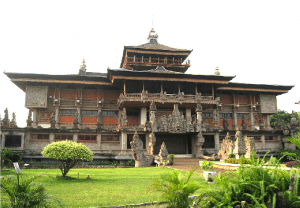 Beside a beautiful beaches and the Balinese Wedding Traditions, Bali also popular because the tradition and the culture. People in Bali also friendly. One of the heritage in Bali is the house called Gapura Candi Bentar.

Meanwhile, this house find very easy in Bali because Balinese get a behest from their ancestor to maintain the house as a heritage. The shape look like a temple but not as a huge temple as well. If you see rigorously, the house look like a historycal architecture in Bali. Most of rich people own this house. 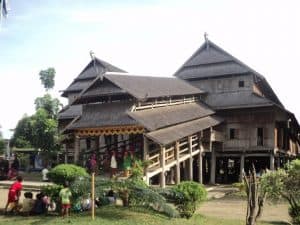 This local house from West Nusa Tenggara in Sulawesi Island. This house belong to many tribe in Sulawesi. The Indonesian Tribes are Sumbawa, Sasak, Dongu, and Dompu tribe. It called Istana Sultan because its belong to a King or a traditional chairman as a place for living in the past. It means, only people who has high standard of living can own Istana Sultan house. But these days, Istana Sultan House can own by all inhabitants, start from lower class to upper class. The rectangle shape with decrease form make this house unique. 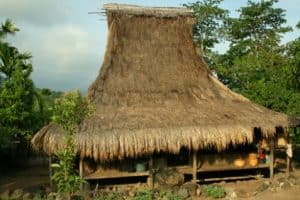 The Musalaki House still come from Nusa Tenggara but in East. The way it looks more unique instead Istana Sultan house. The huge rooftop and the cone shape makes ‘em unique. From the picture, we can see the rooftop take the biggest part from the whole house, right? This house dominated with brown colour.

In addition, the rooftop made of fibers, and the rest made of bamboo. The house built as a place for living for regular people. Most people in East Nusa Tenggara maintain this house as a heritage. 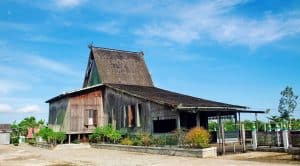 In South Kalimantan, there is a Banjar house. This house build by Dayak Tribe which known as the indigenous tribe in South Kalimantan. The house look like a huge stage with stairs. The triangle shape use as a  rooftop. This house isn’t built like a regular house because we can see an empty space underneath.

On the other hand, the house made from high quality of wood to make the building look sturdy. The main important thing is the sturdiness not the number of people who live in the house. 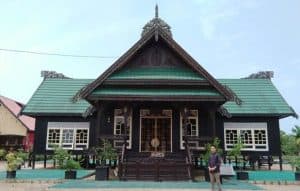 Basically, the building inspired by Tidung tribe in North Kalimantan. The house has a stair in the middle of the whole building. Because the unique shape itself, most people make this house as an attraction to get visitor’s attention. 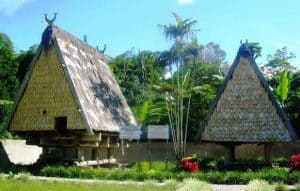 The house coming from Central Sulawesi in Sulawesi Island. The house look clasic. The unique fact is the house can build facing North or South only. People can’t build the house facing West, East, etc because it’s ancestor’s behest.

In case, we can say the construction cannot turn back the sun. Tambi House distinguish into two types with a different stairs. First, for chairman with an even number of stairs. Second, for regular people with an odd number of stairs. 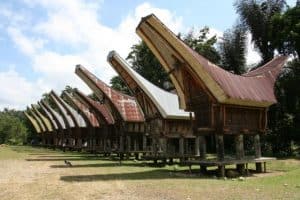 This Tongkonan house from South Sulawesi. The shape is very unique with a long horn on the front and back. The horn has an arch shape. In fact, this house not a huge one. This house suits for new born family members. This house not only use by local inhabitant for living but also use as a body stash instead. The uniqueness make unlocal people who visit South Sulawesi want to come inside and take a look of Tongkonan house. It made local people can earn money by selling entrance ticket. 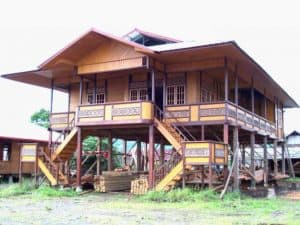 This house from Gorontalo province in Indonesia. The house has a rectangle shape and look like a stage house. The house look very modern, classy, and elegance because the colour combination. To build this massive house, take a long time. Especially to paint the colour.

Meanwhile, the whole house made up of the indigeous wood. And it makes this house very expensive if you want to build one. Underneath, there are an empty space that looks like a room which has a pole. People using the empty space as a place to do their activities. 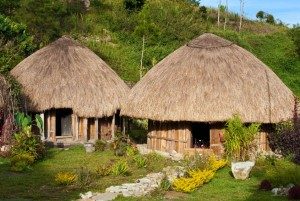 Move to Papua. The rural area in Indonesia but not these days because the Papua under construction right now. At glance, Honai house look like Musalaki house from East Nusa Tenggara just because the material of itself almost the same. But, the house more minimalist and small. In Papua Culture, the traditional house just have a door and have no windows. Purposely to keep the house warmth because the weather outside is very cold. 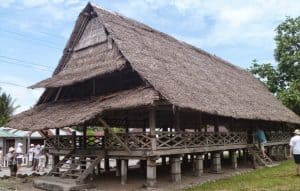 The next house coming from Maluku. It called Baileo House. The huge shape make it unique. The huge triangle shape can covered the house nicely. Beside place for living, the house also use as a place for discussion or place to hold an event. The stair can find easily to ease people who want to come to the house. Inside the house, there is a special room to save sacred Indonesian Heritage. The special room cannot be enter by strange people.

As an Indonesian People, we must know the basic thing about our heritage, especially the traditional house. That’s all the information. Thank you for stopping by and read this article.

Those are complete explanation about most popular traditional house in Indonesia.