10 Unusual Laws in Indonesia (#1 is Extreme)

Indonesia is a state of law but beside state law, customary law also exists in Indonesia. Justice is very expensive therefore some law suits are nominated as unusual and unfair. Also, The amount of Indonesian tribes from Sabang until Merauke is countless and most of them still retain their customs and traditions which differ from each other.

Just like state law,  customary law is also made to regulate the people. Among those customary laws there are rules and punishment that can be considered as strange or unusual laws. Some of these customary laws are still applicable in the society meanwhile the rest are not implemented anymore. More details about the unusual laws in Indonesia will be explained below. 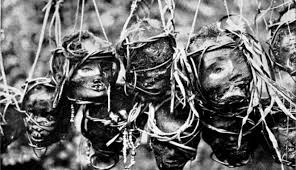 The Naulu tribe is people who live in Maluku region, Indonesia. They still carry faith that passed down from their ancestors. They believe that ancestral spirits watch their movements and the ancestral spirits take the full control over the people.

Generally someone who will get married will choose the best dowry such as  jewelry, money, or other valuable things. But the best dowry according to the Naulu people is the human head. This tradition is included as Unusual Traditions in Indonesia.

The customary law of the Naulu tribe  that a man who wishes to marry a woman should give a dowry in the form of a human head. Not only for the dowry purposes,  the Naulu people also offer human heads in the ritual cleaning the traditional house from all calamities and dangers. 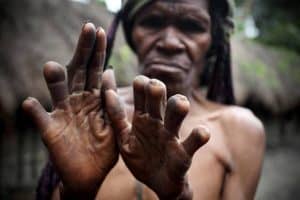 Every human being must have felt the sadness of one’s death especially if the one who died is family. For the Dani Tribe, if any of his family members died that would mean losing one part of his body. The  selected body part is the fingers.

When one of his family dies, whether it be a husband, a parent or a child, the Dani tribe must cut off his finger as a form of grief and sadness.

The implicit meaning contained in the tradition shows that the finger is a symbol of harmony and if it loses one of them then the hand will not function optimally as usual. Iki palek law only applied to women.

3. Paraded Around the Island 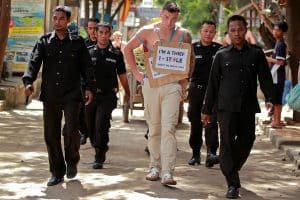 Although Gili Trawangan is one of the popular tourist destinations today, it does not necessarily make people forget the customs derived from his ancestors.

The customary law for theft is to make the culprit paraded around the island with “I am a thief” written on the name tag. 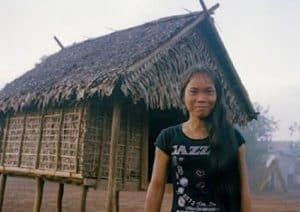 Today the custom of offering human heads may have been abandoned.

However, there are still other customs that is unusual too such as the law to exile the pregnant woman.

The men will make a 2 x 3 meter hut that equipped with a 1 x 2 meter bed. The huts were called Tikusune. The objection of this law is to protect the pregnant woman but they do it in an unique and unusual way. Read more about  Famous Tribes in Indonesia 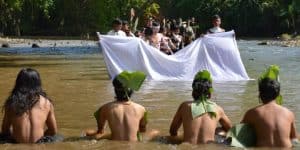 This unusual law has been implemented recently by people live in Ngadirejo Village, Magelang region. The people has high environmental awareness therefore they implement this law recently.

The people in this region is very dependent on Tangsi river as the main source for irrigation but the water has been polluted recently.

Started from January 3rd 2016, the local people implemented an unusual customary law to protect Tangsi river. Those who was found out throwing rubbish or contaminating river will be shaved until bald. Besides, the culprit will be arrested by the police to run the legal process. 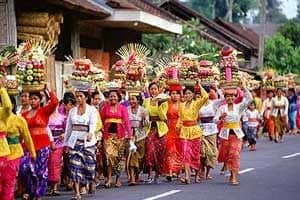 Different with other laws, Balinese unusual law is related with heritage.

According to Balinese law, the boys are heirs of their families meanwhile girls’ right is to enjoy the heritage that her husband got from his parents.

This law is implemented due to the fact that boys are considered as the one who has big responsible for his family.

There was modification towards this unusual law in 2010 whereas the daughter deserve to receive 1/3 parts of the whole heritage. Read more about Traditional Balinese Dance 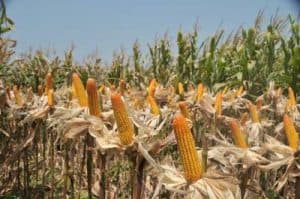 This case happened to two ordinary men named Tukirin and Kuncoro from Kediri East Java. They are 2 seed farmers who try to sell hybrid corn seeds. But unfortunately, their efforts dragged them to jail.

They are decided guilty because their seeds and crops are not tested in the laboratory first, and they do not have licenses like the BISI brand. Farmers have their own corn seed in every area, but because of this Act the farmer must obtain permission. 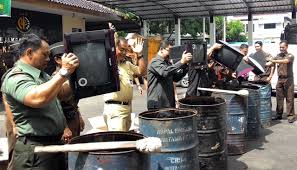 A man named Mumahad Kusrin from Central Java  has to deal with Indonesian law due to his intelligence and  his expertise in the electronics field.  He is an elementary school graduate who often makes 14-inch and 17-inch TVs from unused computer monitors in his workshop.

His creativity forced him to deal with  Article 120 paragraph 1 of the Law of the Republic of Indonesia number 3 of 2014 on the industry.

He was sentenced to 6 months in prison and fined 2.5 million rupiah. He was considered to have violated the article, because all the TVs he made did not have official permission.

Those are the 10 unusual and unique state and customary laws that exist in Indonesia. Some may look injustice, unfair, creepy, stiff, or even inhumane but they do exist and happened in Indonesia.

13 Unusual Jobs in Indonesia Can Amaze You