Islamic boarding schools are a traditional education where students live together and study under the guidance of a teacher better known as kiai and have a dormitory for students to stay in.

Islamic Boarding Schools are two terms that show one understanding. The Islamic boarding school according to its basic understanding is the place of learning for the santri, while the hut means the house or simple residence made of bamboo. In addition, the word pondok may be from Funduq Arabic which means dormitory or hotel. Here is the best Islamic boarding school in Indonesia. 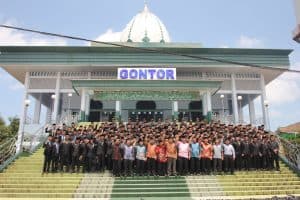 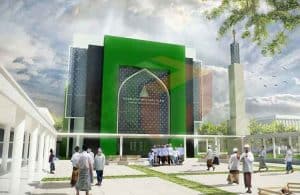 In addition, this boarding school is also very famous for being financially successful thanks to the various businesses that have been built by its foundation. As an example of a successful business such as a minimarket franchise which was named the Cooperative Sidogiri, a financial institution named BMT (Baitul Mal wat Tamwil), and many other businesses. The boarding school officials are also committed to maintaining the Madrasah Diniyah (MD) education system up to the level of Ma’had or the university named Tarbiyatul Mu’alimin.

This Tebuireng Islamic Boarding School is often known by the community because it is one of the largest Islamic boarding schools in the Jombang Regency area, East Java Province. This Islamic boarding school was established in 1899 which was initiated by a great ulama, KH, Hasyim Asyarie. He has been known as a charismatic ulama and also the founder of the well-known ulama organization NU (Nahdlatul Ulama).

You also need to know that KH Abdurrahman Wahid, or more commonly known as Gusdur, who used to be the fourth President of the Republic of Indonesia, is a santri from this pesantren. He is also the grandson of Kyai Hasyim Ash’arie who is the founder of this pesantren. The education system used in this pesantren uses the sorogan method or is interpreted as a santri reading his own yellow book subject material in front of or before his teacher.

The Nur El Falah Islamic Boarding School is currently consistently printing cadres of intellectuals who are intellectual in accordance with the vision and mission of the establishment. Recently, the boarding school seriously builds technology-based boarding schools so that parents of students can monitor santri activities online; attendance, health, activities, values, achievements, savings and violations. 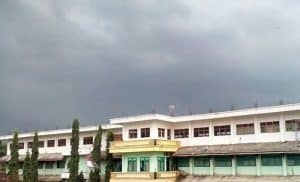 The education system in the Banyuanyar boarding school uses a modern combination system and salaf. The mastery of the yellow book is maintained but normal education in accordance with the government curriculum is also carried out to meet the challenges and development of the times. Many of these school alumni have become influential figures in the community.

In addition, the boarding school is also available in mahad aly, the madrasah diniyah and tahfidz Al-Quran, so the school is suitable for parents who want to send their sons and daughters to boarding schools that have various majors. 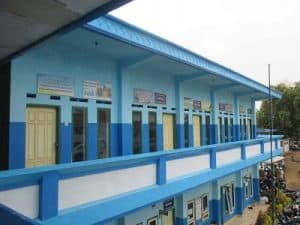 This boarding school has a relatively young age compared to other boarding schools, which was established in 1963. The education system used by the Al-Khoirot boarding school is a combination of four types of patterns, namely education for madrasah diniyah, formal education Arabic language education as well as middle yellow or bald book studies.

The four educational activities are the main activities that must be carried out by the santri, so that when graduating later all the diplomas will also have Arabic language skills that are fluent and master the yellow book. In addition, there is also an additional program here, for example Tahfidzul Quran. 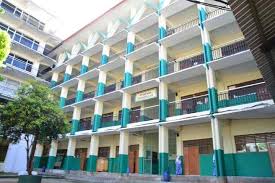 Darunnajah Islamic Boarding School began to develop in 1942 by KH Abdul Manaf Mukhayyar. As a result of the expansion of the Senayan Sports complex, Al-Islamiyah Madrasas in Petunduhan, Palmerah, in 1959, Kyai Manaf and two of his colleagues KH Qomaruzzaman and KH Mahrus Amin, sought the transfer of the madrasa in Ulujami, Pesanggrahan, South Jakarta.

As a type of modern boarding school, Islamic boarding school students in Darunnajah have an open and moderate mind, without losing the element of the role of Islam. At present, Darunnajah Islamic Boarding School has 14 branches. 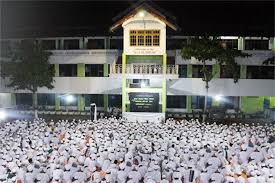 The main thing of course is because of the magnets of the charismatic great kyai from KH Ahmad Sholeh to KH Abdullah Faqih. During KH Ahmad Sholeh’s time Pondok Langitan produced the best archipelago scholars such as KH Hasyim Asy’ari, KH Wahab Hasbulloh, KH Syamsul Arifin, and KH Shidiq. 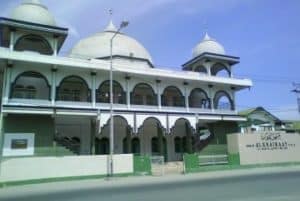 Next we go to the best Islamic boarding school outside Java. The Al Khairaat Islamic Boarding School in Palu is considered the best for several reasons. The huts established by the habaib have spread not only in Sulawesi, but in Maluku, Halmahera, Papua, East Kalimantan, and even Jakarta. Al-Khoirot Islamic Boarding School accepts prospective students from abroad or international students such as from Singapore, Malaysia, Brunei Darussalam, Thailand (Pathani), and Saudi Arabia.

In total, there are 1,400 scattered education units. And there are around 210,000 students and students educated by 70,000 teaching staff. It is so big right? Khairaat Islamic Boarding School is also famous for not only teaching religious knowledge, but also teaching art skills, such as nasyid, samrah, and jepeng.

Those are the best Islamic boarding school in Indonesia. If you want to study Islam in Indonesia, you may choose one of them as the place for your studying process.

Finding The Interesting Must Do in Canggu Bali

13 Importance Of Temple In Bali