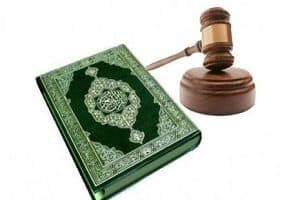 It can not be denied that Muslims in Indonesia are the most major element. In the level of the international Islamic world, Indonesian Muslims can even be called as the largest Muslim community that gathered in a territorial border of the state. (See also : Largest Mosque in Indonesia – National library of Indonesia)

In addition, the study of the history of Islamic law in Indonesia can also serve as one of Islam’s specific footholds-to determine the right strategy for the future in bringing the nation closer and “familiar” with Islamic law.

Islamic law which is also one of the legal system in Indonesia in addition to other legal system. These three legal systems are relevant to the legal needs of the community. In the current Law Faculty curriculum at SK. Minister P and K RI No.17 / D / O / 1993, this course is called Islamic Law whose status is as compulsory subject in national content. (See also : Indonesian Coral Reef – Indonesian Heritage)

Mura P. Hatagalung (1985: 140-141) suggests that at least there are five reasons why this course becomes an absolute study material and is included in the national curriculum at law colleges, namely:

You may want to read:

In all legal systems already have a means called the legal sources that serve to provide solutions to make the system becomes accelerative with all events and system makers are growing in accordance with the demands of human development and civilization. The source of any rule of law is very important to know because from that source it can be known where it came from. In the outline of the Source of Islamic Law can be divided into two parts:

Development of Islamic Law in Indonesia

The development / growth of Islamic law in Indonesia is begun since the beginning of the mass Islamic religion until it became one of the legal system that many adherents, can be divided into three discussion. 1. The coming of Islam in Indonesia, 2. The Dutch East Indies Government, 3. The post-independence period. Lets go to the first one. (See also : Flag of Indonesia – Indonesia Military Power) 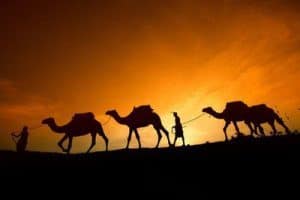 History has proved that initially the process of Islamic in Indonesia went unnoticed, suddenly experienced rapid development and fast. Although it must be admitted that time already there are isms that control the mind of the Indonesian people such as traditional isms and Hindu religion. (See also : History of Toba Lake) 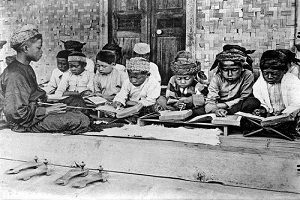 In the reign of the Dutch East Indies began to rule in our country, the Islamic law has grown so rapidly. It can be seen that in areas where the majority of the people of Islam influence it is very prominent. In addition to Islamic law, customary law as a legal system also applies in the midst of society as a law that grows and develops based on the mind of the Indonesian nation. Between the two legal systems in its development affect each other, as if between the two synchronisation occur. (Read also : Indonesian Army Strength)

Based on the theory of Dutch East Indies government managed to minimize the role of Islamic law in positive law, so that only limited to marriage and divorce law and about legal entities in the form of endowments, Wakaf, Hibah and Shadakah. (See also : Indonesia Lifestyle – Indonesian Red Cross Society) 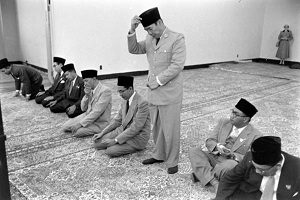 After the proclamation of independence, the development of Islamic law was more advanced than it was in the years before independence. Article 29 Paragraph (2) of the 1945 Constitution stipulates that the Republic of Indonesia guarantees the independence of every citizen to embrace his religion and belief. As one of the forms of religious freedom as mentioned in article 29 paragraph (2), on January 3, 1946 the Department of Religious Affairs was established to take care of various matters concerning religious matters (including religious law) in Indonesia.

In subsequent developments some areas of Islamic law have been declared accepted in national law as a positive law such as Marriage Law in Law No. 1 Year 1874. The establishment of Islamic pesantrens and Islamic madrasahs has become a distinctive color for the development of Islamic Law in Indonesia. (Also read : Why is Indonesia Important) 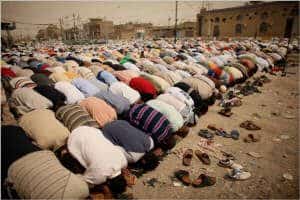 In connection with the principles of Islamic law in development as mentioned above, the Indonesian population more participate, interact and assimilated against the implementation of Indonesia’s national development in all fields.

Finally that’s it, the Islamic Law in Indonesia. As Muslims, we must obey the laws that apply to our religion. With our discipline, then we will be both useful, for religion as well as the state. Have a good day everyone!

The Culture of Sundanese – Arts – Clothes