For Indonesia which has a tropical climate, the existence of water is not a difficult thing. Moreover Indonesia is a country that has a lot of territorial waters. Rainy and drought season are alternately coming every six months. In the rainy season there is abundance of water meanwhile during dry season the water will be a little bit hard to find. The condition felt by Indonesian in the dry season turned 180 degrees from the rainy season.

When there are abundant of water in rainy season it causes flood in some areas, meanwhile the condition when water is lacking is hardening the people love because water is the life’s source. One effective way to control the water debit is to make a water dam. This reservoir is a large basin that deliberately created by humans to control the flow of incoming water so that it can be controlled while saving water. Here are some largest dams in Indonesia. 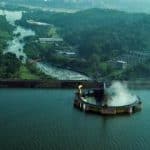 This reservoir is located in the radius of 100km from Jakarta, it is located in West Java. Jatiluhur dam is the largest reservoir which is built in 1957. This dam is capable to accommodate a very large volume of water. 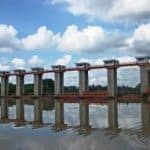 This second largest dam is located in Malang, East Java region. The water in this dam is obtained from the water that flows in the Brantas river. This water dam is built in 1975 to 1977 and it costs for about 10 billion rupiah. This dam is widely used as a source of hydroelectric power or hydropower by local people.

This dam is the source of water for people who live in Malang. In addition, it is being a recreation place for Malang people. Even some people outside Malang are coming to visit this second largest dam in Indonesia. 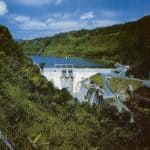 The third largest dam in Indonesia is located in North Sumatera region, it is 14 miles from Lake Toba which is considered as one of the largest lakes. Enrich your knowledge about Top Largest Lakes in Indonesia. 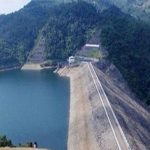 Lampung region becomes the region with the fourth largest dam in Indonesia. The main function of this dam is to generate electricity for the local people and its surrounding. In addition, this dam is also a source of drinking water for the surrounding population.

It was built on funds of the state budget and also rely on some assistance from Japan Bank for International Corporation in the past. 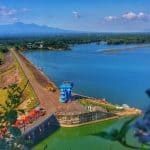 This dam is very popular in Central Java, located in the Wonogiri region in Central Java. The water of this dam is coming from Bengawan Solo river which is the largest river in the region. Read more about Longest River in Indonesia.

This dam was built in 1970, it is utilized for various things such as hydropower, to irrigate the rice field, and also the source of water for the local people. 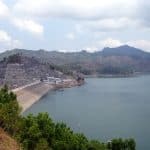 Wonorejo dam is one of the water reservoirs located in Tulung agung, East Java. This dam is located 12 kilometers from the center o Tulung agung.

Wonorejo dam is capable to hold water up to 122 million meter cubic. It is utilized as a hydropower source and the source of drinking water for the local people in East Java.

You also may want to read about 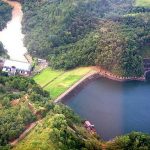 This dam is quite exotic because it a blend of blue waters with green hills on the edges. Riam Kanan dam hold water from eight rivers which is sourced from Meratus Mountain.

You may want to read about 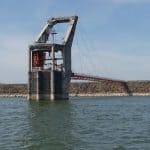 This dam is located in Central Java and was built on the area of 6.576 hectares. The establishment of this dam forced the local inhabitants to move from their places.

Since this dam is very large, it is located in 3 districts at once which is Grobogan District, Sragen Regency and Boyolali District and all of them arelocated in Central Java Province.

This dam which was built in 1989 is not only utilized for farming infrastructure only but it becomes a place for recreation as well. 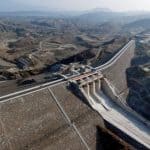 On the other hand, the project to build this dam was about 6 years long and it has 4.896 hectares area.

The existence of Jatigede dam is beneficial for irrigation in Indramayu, Cirebon and Majalengka districts. This dam is categorized as the second largest dam after Jatiluhur reservoir. 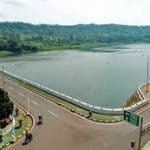 This dam is located in three districts which is Purwakarta, Cianjur, and Bandung. Therefore it has 3 names; Cirata Cianjur Dam, Cirata Bandung Dam, and Cirata Purwakarta Dam.

Furthermore, this dam has area for about 43.000 heactares and located within the three districts but mostly in Cianjur District.

This dam is utilized as as hydroelectric power, as well as a water distribution regulator to the surrounding area.

17 Facts about Coral Reefs in Indonesia (#9 is Heartbreaking!)