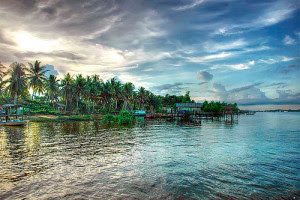 Beside its historical places, Indonesia also known for its natural beauty. In here, you can find wonderful waterfalls, beaches, and also the rivers. But now we focusing on the rivers. Beside beautiful, those rivers also have a very long length, one of them even reach 1 km long.

What are those rivers? Where can we find them?, without further do, let’s go to the first as well as the longest river in Indonesia, Kapuas River.

Here, there are several longest river which existed in all over archipelago in Indonesia, as follows: 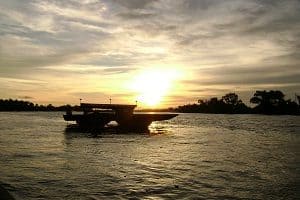 Besides Kapuas, Mahakam and Barito, there is also Seruyan River which became one of the longest river in Indonesia. This river is located in Central Kalimantan and has a length of 350 km. Water in this river stream comes from springs in the northern part of Central Kalimantan Province. The downstream is in the Java Sea.

With this river, it has been recorded as one of four major rivers of Borneo which are members of Indonesia’s longest rivers. People use this Seruyan river mostly for transportation facilities of local people. Seruyan River is one of the rivers that has a very large width. The width of the river is said to be wider than the other river.

Then, therefore this river should be used as a place to play traditional boats and for the benefit of other people. 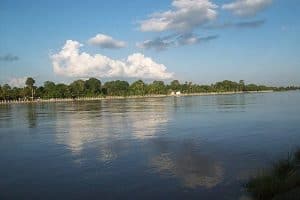 The river in Sumatra which is also included in the list of the longest river in Indonesia is the Indragiri River located in Riau Province. This river has a length of 500 km. This river flow comes from two rivers called Ombilin River and Sinamar River. Downstream is located in the Malacca Strait.

However, it is now recorded that the island of Sumatra has donated three major rivers as part of the longest rivers in Indonesia. Have a very clear water so many people use for irrigation water source. There are many big green trees that add to the beauty of this Indragiri river area.

You may want to see: 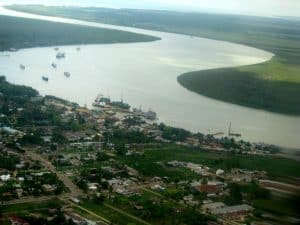 Another river located in Papua and one of the longest rivers in Indonesia is the Digul River. The length of the river reaches 525 km with the springs on the Maoke mountains and go downstream to the Arafuru sea. Thus, it is noted that Papua Island has donated two major rivers into Indonesian assets.

The river passes through several provinces as well as districts on the island of Papua. Some of the provinces and districts passed by the river are Asmat, Jayawijaya, Lanny Jaya, Boven Digoel District, Mappi, K Merauke, Nduga and Yahukimo. 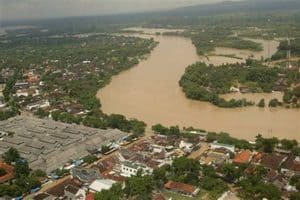 Meanwhile, the upper river area of Bengawan Solo is in the area of Wonogiri. Then, it uses for control flood circulation, as well as irrigation for argiculture development. 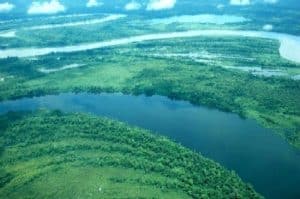 We now turn to the long rivers in eastern Indonesia Island, namely Papua. One of the longest river located in Papua is Mamberamo River beside Digul river. The length of this river reaches 670 km.

Its springs come from the meeting of several tributaries namely Tariku River, Taritatu River and Daalen River. While the downstream of this river is in the Pacific Ocean. The river’s geological condition also has a lot of excavation materials in it.

Therefore, this river is called as Indonesia’s Amazon river. Some of the excavated materials contained in this river are gold, bauxite, copper, and nickel. On the other hand, we can enjoy the sunset even though the day still up in afternoon goes to evening. Therefore, we will never getting bored while enjoy the stunning view of beautiful sunset in this river.

You can see other articles : 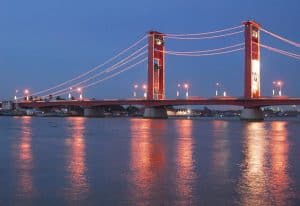 In the sixth place, is Musi river which is one of the longest river in Indonesia. Surely the name of this river is not so strange in our ears. Yes, Musi River is an icon of Palembang city where we often encounter it along with Ampera bridge. Musi River also has another name that is Batanghari Sembilan River (which means nine major rivers).

However, its springs are located in the Kepahiang area of ​​Bengkulu. While the downstream is located at the Sungsang area, the eastern part of the island of Sumatra. This river also become an icon of Palembang city and also as a favorite hangout to enjoy the beautiful view of the city of Palembang.

On the other hand, the function of the river in Palembang City was previously as a means of transporting rivers to the interior areas. However, nowadays, it has undergone many functional changes such as drainage and for flood control. The functions of the rivers originally as catchment areas have been heavily stockpiled for social purposes. Which is have changed their function to settlements and other economic activity centers, where the average rate of transfer of this function is estimated at ± 6% per year. 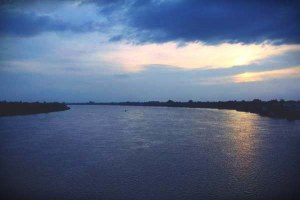 Next, is the Barito river. Barito River is one of the important rivers in Indonesia besides the longest river in Indonesia. Similar to the Mahakam river and the Kapuas river, this river is also located in the region of Kalimantan, precisely in Central Kalimantan.

Barito River is also one of the famous river, even this river is also known by the name of the Chinese river and the river of Banjar. There is an interesting activity that happens in this river, which is floating market activity. Its a buying and selling activities carried on the boats floating on the river.

Meanwhile, Barito river flow has branches so it can be said that Barito River is a merger of several rivers that have been there before.

You may also take a look at : Indonesian Art Gallery – Traditional Houses in Indonesia 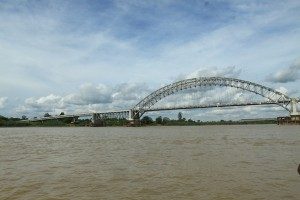 The next long river in Indonesia, in the third place is the river Batanghari. Just like the Kapuas and Mahakam Rivers, Batanghari River is also a river that is famous by the community. The difference with the two previous rivers is that the river is located on the island of Sumatra.

Batanghari River has a length of about 800 km. This is a river that crossed the province of West Sumatra and Jambi, which originated from the spring of Mount Rasan and going down into the South China Sea. 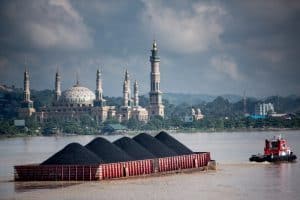 After the Kapuas River, there is the Mahakam River which ranks second in the list of the longest rivers in Indonesia. This river is also located on the island of Borneo, more precisely in East Kalimantan. The length of the river reaches 909 km. Downstream lies on the Makassar Strait. Same with the Kapuas River.

This river also becomes place of many residents in the vicinity depend on. However, for transportation uses, people use the Mahakam river as a transport way to sending merchandise from one area to another that can be reached by river transport.

On the other hand, Many classic stories about the Mahakam River, especially in ancient times of Samarinda city. 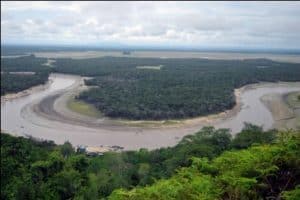 As said above, the Kapuas River, known as the longest river in Kalimantan and Indonesia. The total length reaches 1,178 km. Flows along the western Kalimantan province of the Muller mountains and ends at the Karimata Strait. This river is located on the island of Borneo, has spring on the Muller Mountains and going downstream to the Karimata Strait.

This river has a very important role, especially for the residents of the region it passes. Its main benefit is as a means of transportation especially for people living in the surrounding areas. On the other hand, Kaupas river becomes a pledge of Kalimantan Island.

Finally, that’s it, all you need to know about 10 Longest river in Indonesia. Well if you just near the area of those rivers, don’t forget to come there. You must feel the greatness of them, yourself. Okay, enjoy it and have a great day !