Home » Food and Beverage » 15 Most Expensive Coffee in Indonesia

15 Most Expensive Coffee in Indonesia

Hello again everyone. In previous article we talked about the best coffee in Indonesia, there’s 10 of them mentioned in that very article. Today, we want to discuss about the world of coffee again, but take a note, these coffees are pretty expensive indeed. Maybe some of you already knew about these 15 coffee in Indonesia, but there’s a great fact that you should look in this article.

The kinds of taste inside the traditional coffee in Indonesia make so many people love them. With the more exclusive way of processing, the people agree to pay more to get the coffee they want, coffee that fresh from the nature. Not like the sachet coffee, the coffee usually processes first, before finally adding it with some water. Beside the natural process that Indonesia has, so many areas in here also have their own special coffee, that already reach the expensive level. So, here they are, the top expensive coffee in Indonesia. 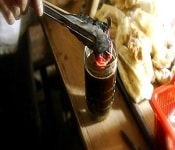 In the first one, we put the most cheap coffee with rich flavor, the Arang coffee. This coffee is uniquely made by the Yogyakarta people in a very simple way. The flavor of coffee is stronger with the existence of Arang (charcoal).

Also, to get it, it’s very easy. You can go to the angkringasn in Yogyakarta, the coffee vendors just beside the street. You can order the coffee itself and with teh additional stuff like tofu, or fried banana to complete it. It’ll take Rp5.000,- only for the coffee. 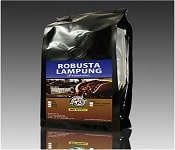 In the second place, we have the Lampung Coffee. This coffee is really famous by its natural taste and smell. This one smells really good though. Originated from Lampung area of Sumatra, this coffee took the spot as the great natural processed coffee in Indonesia.

To get it, you should reach a bit of your money from your wallet, just take  alittle bit for it. It’s about Rp22.000,- per pack, usually it contains about 100 grams of it. You can aslo order it online, or just come by the coffee shop in your area. 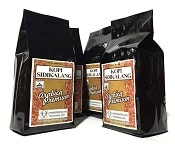 Just like the Lampung Coffee above, this coffee is also very good to take. Also, this coffee is came from the area of Sumatra, that famous for its rich of mineral hills. They take a very good care to process this coffee, starting from the bottom. That’s why, it has such a good taste in our tongues.

You can order via online to get it, pick the price that really suit you. If you want the better quality, of course you’re gonna pay some more, but it’s woth it. The price of this coffee is Rp26.000,- on average level, the premium is much expensive than that. 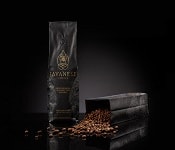 And there’s this one, the Javanese Coffee. The coffee taht really famous in the colonial era in Indonesia is also famous until today. Many people love it, especially the people of Indonesia that familiar with its taste and smell.

Beside the good taste it has, the price of it is not really demanding. Only Rp37.000,- per pack, you can get the beautiful bliss of a sip of Javanese coffee. You can get mroe of them if you want. Because the packs are always sold out in the end of the day. 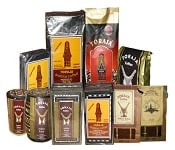 Move on to the East part of Indonesia, we go to the area of Toraja. In this specific area, there’s this one special coffee called the Toraja Coffee. As the main producer of coffee in Indonesia, Toraja area produced the outstanding coffee with much good things inside it.

Even some people declared that this coffee even surpass the taste of coffee in Japan and America. It has much uniqur taste then both coffee in particular. Anyway, you can get it by paying around Rp73.000,-. It doesn’t sound do bad. 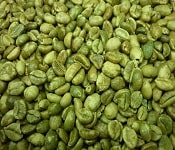 Next one is the Excelsea Coffee. This coffee is very special because it can be planted on a low ground area, not just the usual coffee that always be planted on a high land area. That’s why it has the unique taste that you should try yourself.

Also, you can find this special coffee in the Jambi area, still in Sumatra. It has the soft tecture, you can even peel it up by your own hand. By the way, the price of it reaches the amount of Rp75.000,-. It’s considered cheap to such an unique coffee. 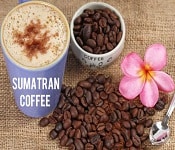 The next on our list of top expensive coffee in Indonesia is of course Sumatran Coffee. It’s like the king of all coffee in Sumatra. With such a special aroma, making this coffee so dearest in the coffee lovers heart. Of course, you should try this one too.

Many foreign tourists love this one because of the special aroma and a bit sour taste in the end. You can’t get this kind of coffee anywhere else except in the area of Sumatra. You can get this one for a price, Rp86.000,- per pack. 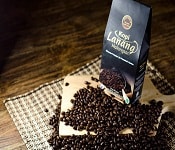 This one, the coffee of men, the Lanang Coffee. It strong taste is reallu suitable for the men out there, either for a friend to enjoy the night, or juts a relaxation emthod during the resting time during work. It’s a bit strong though, so the newly tester is no go.

Usually to get the Lanang coffee, you can go to your nearest coffee shop, the traditional ones probably sell it everyday. But if you don’t want to go somewhere else to get it, and just want to chilling in your own house, you can always order it online for the price of Rp88.900,-. 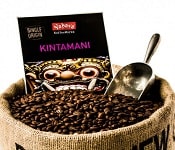 In the 9th place, we have the Kintamani Coffee. This one is like the gem of Bali, the most precious coffee of all the coffee in Bali. With the proper promotions, it reaches the high antusiasm for the foreigners from all accross the world.

Well, this Kintamani is actually the best for everyone. It has this refreshing feeling of a coffee that you can’t have in any other coffee out there. You should great this fruity taste coffee in your nearest coffee shop for about Rp 120.000,-. It’s really worth it.

Not just Indonesian people who like it, but so many people in this world are in love with this Flores Coffee. Aven some of them came to Indonesia, with the purpose to see the process of making Flores Coffee directly. With such a great coffee, it has the price of Rp145.000,-. 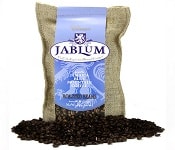 The next is Jamaican Coffee. Even though it’s not originated in Indonesia, but it processed through different ways by the people of Indonesia. So they put the Indonesia way of processing coffee to this one, and created much better coffee with it. They also planted the seeds in Indonesia, that has the rich of mineral lands.

The best version of the Jamaican Coffee is the Blue Mountain. It has such an unique texture of a coffee. Almost can say, it’s likea cream than a coffee, because of the light and non bitter flavor. It reaches the high price, Rp195.000 per 100 grams. 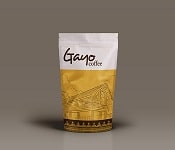 We back to the land of Sumatra again to find this wonderful coffee, Gayo Coffee. This 12th coffee in our list of top expensive coffee in Indonesia has the unique flavor of Sumatran Land and be a favorite for so many people in Indonesia, and the world.

Because of the high demands of it, this product became the best exported coffee of them all. It goes to America and Europe, up until this time. The price is also a bit demanding, you can get a pack of Gayo coffee for a price of Rp250.000,-. 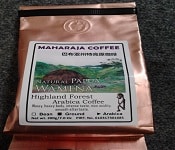 In the 13th place, we have the Wamena Coffe. This coffee is originated from Papua island, Indonesia, where most the lands are covered in a green vegetations. With such a fertile land, this coffee can reach the best condition.

The coffee itself is has the great taste, and don’t forget the after taste that pretty sweet for a coffee. This one is also good for the beginners, because it doesn’t have the strong taste. Even the aroma can hypnotize everyone in the room. Anyway, you can get it for Rp600.000 for a premium one. 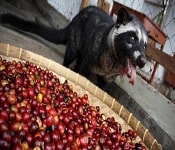 The next one is of course the famous coffee in the eyes of coffee lovers in this world, the Luwak Coffee. Well, nothing much to say about this one except how wonderful the taste is. The fermentation inside the tummy of Luwak (Mongoose) is a main point here.

The fermented coffee seeds that came from the Luwak will processed into a cup of wonder. The taste is so great and unforgattable. Many considered this one is pretty expensive, it takes about Rp1.700.000,- for it. But don’t worry, if you happen to be a man who has such a tight budget, you can always drink the sachet version, that has a cheap price. 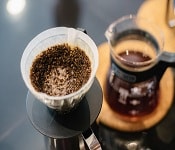 The winner is the famous coffee factory in Bali with the name of 70 Fahrenheit Koffie. The winner said that, that huge amount of price is for appreciating the rich and unique flavor of the Ciwideuy Coffe and also to appreciate the efforts of the coffee farmers. Such a good story to be told.

Furthermore, here the information about Cat Poop (Luwak) Coffee, the number one most expensive coffee in the world.

Those are the best yet the most expensive coffee in Indonesia. If you happen to have more money than usual, and want to invest in something, maybe you can start with coffee, of course, if you tolerant of it. You can get the best price of those coffee only in here, Indonesia. So don’t you watse your time here, better do it now or never.

13 Cultural Activities in Jakarta You Must Know

13 Importance of Tourism in Indonesia