20 Most Imported Products From Indonesia

Indonesia is a rich country, its full of natural resources for its people to fulfill their daily needs in every single day. But yet, the needs of Indonesian people for some daily products are so abundant. The natural sources are not prepared enough for that condition. So, Indonesia must bring the imported products for its people.

So, the way to fulfil the needs of the people is by importing some stuff from another countries. Indonesia does it because of the economic, social, or even for the political events like make the bond more stronger with another country. But whatever the reason it, there’s so much things that Indonesia bring from the other countries such as :

One of the important stuff that came from another country is rice. As you can see, there are so many rice fields in Indonesia. In every corner, you can see them. But here’s the thing, the amount of rice in Indonesia’s inventory is not originally came from Indonesia itself. Indonesia imports some rice for another neighbor countries like Vietnam or Myanmar to make the rice amount more and more bigger.

The volume of the imports even each the number of 231 million kilograms. That’s a lot. They come from another countries around South East Asia like Thailand, Sri Lanka, and also some countries from afar like India and Japan.

Indonesia also imports some corns from another big and powerful country like America. The purpose of the imports is also the same, to fulfill the people needs. Even though there are so many corn fields as you can see in the East Java area of Indonesia, they aren’t enough.

So, the government has no choice but to imports some stuff to fulfill the corn inventory, either for the people that eat corn as their main dish, or for factories that need it so bad as their base composition of making snacks and stuff.

To importing soy beans from other countries like Malaysia, Ukraine, and America, Indonesia will spen some money, almost 500 million dollars to be exact. That amount of money spent, only to impot some soy beans to Indonesia country.

With that much money, Indonesia can get for about 800 million kilograms. That is enough to fullfill the people needs. And then the government will take them out and start sharing the to the peopleby several agents.

There are so many bakeries in Indonesia, especially in the crowd city like Jakarta, Malang, or Surabaya. They need some basic elements of making bread, one of them is the wheat flour. The amount of wheat flour in indonesia is so very small.

Not so many bakeries can get the high quality wheat flour from national products, usually they use the international brands instead. That’s why the Indonesian government spend about 1 billion dollar to ge the wheat seeds from America, and then the farmers will plant them in here.

Like the explanation above, the needs of wheat flour is so high. Indonesia already imported some wheat seeds to plant them independently in its own lands. But some times the grw of wheat is somewhat slow because of the environment conditions and also the weather.

That’s why Indonesia needs to import again, in this time importing wheat flour that many people need it from other countries. That way, the people can get their best wheat flour to make the best breads for other people.

Indonesia also start to import the sugar, which is the main aspect for food industry in Indonesia. With so much food industries going on right now, our sugar inventory is keep thinning from year to years. Indonesia is spending a lot of money o import this sugar from another countries like Malaysia, Thailand, and America. It’s nearly 20 million dollars at that time.

Cane sugar also has the stronger taste in sweet rather than the usual sugar, even though both of them cam from one main source. This original sugar of nature can be found all around Indonesia, in the village areas to be exact.

However, here’s the thing, with that much cane fields in Indonesia, they still can’t fill the demands of sugar from te people. So many people still need the existence of cane sugar. So that’s why Indonesia imports the cane sugar from South America area like Brazil.

Even though we have a lot of beef in here, they are not enough to meet the demands. We love beef, beef is one alternative beside the chicken meat because the other meat like pork, isn’t halal in Indonesia. As one of the biggest moslem populated country, Indonesia really needs the beef.

The inventory of beef keep thinning from the past years until now. Then, to make the spread of beef can be completed within years, Indonesia must import them from other countries and spent about 87 million dollars.

Everybody loves chicken meats. As you may know, the number of fried chicken vendors in Indonesia is so many. None of them can’t sell their stuff without the proper amount of chicken meat inventory in their warehouse. To get the chicken meats for all the people of Indonesia, the government already spending some great amount of money to import the things from our own neighbor, Malaysia. This can develop a good relationship between our country and Malaysia for years to come.

The foods won’t be better without the salt. Every mother in Indonesia needs the existence of salt in their kitchen, to provides the best meals as possible for her family. That’s why salt is one of very important aspects in the kitchen.

With tons of sea areas, sadly Indonesia can’t fill the demands of the people about the salt. The Madura area which is the great producer of salt has some issues with salt production. Indonesia don’t have any choice but imported them from so many countries out there, including New Zealand.

Butter is another developed form of a milk, beside the cheese. It also be an important ingredient in making some breads. Butter development in Indonesia is actually a little bit slow, that’s why we need some other solution to fulfill the people’s demands. One of the answer is to import some stuff from another country. In here, Indonesia choose to import the stuff from New Zealand, and Belgia which have the great and improved milk production. Indonesia take some money to get them, about 43 million dollars.

Everyone needs a cooking oil. Without it, the foods will be really stiff and sturdy, and so hard to handle in the frying pan or other utensils. Even though Indonesia has the great source of oil located in the area of Borneo, that wasn’t enough. Indonesia needs to import them once again, this time with the countries of Vietnam, India, and Thailand, which has rather lower cooking oil sources than our own country. But still, the people can be happy about the sufficient cooking oil in the country’s inventory.

Milk is a great aspect for the growing kids and young adults. The existence of it is really important in some factories, like the cany making factory, or the butter, and the other else. Just like butter, we still have the growing producers of milk in several locations like in Batu for example.

To balancing the inventory from the local productions, Indonesia imports some milk from other countries like once again, New Zealand. The relationship between Indonesia and New Zealand also getting better thanks this.

One of the spices we need to make a delicious food is red onion. Even though some people don’t like the smell of it, but without it the foods will be less tastier and become more tasteless.

On the other hand, you can find so many onion gardens in Indonesia. Sadly, those can’t meet the requirements of the alarming onion inventory in Indonesia. The output is still reaches the small numbers. So, there’s nothing to do to get the red onion right away except the importing.

The garlic also a great aspect in Indonesian people’s life. They can use the garlic as a medicine, or just the thing that can make the foods taste more great. The garlic inventory is still thinning until now, that’s why the government spent about 144 million dollars to import them from Vietnam, India, and China. That’s a lot of money to get the garlics.

You can see so many coconuts tree in Indonesia. Like in some areas, they’re like so many till you lost count. Sadly, because of lacking intellegence on preserving the natural coconut sources, Indonesia doesn’t have that much coconut inventory.

Therefore, to add the numbers, Indonesia must import them from another areas in this worlds. The country that Indonesia choose are Singapore and Thailand which as the high number of coconut productions.

We all know that Indonesia has the rich source of palm oil located on Medan, but because of the high level of exports, the result is we don’t have that much palm oil in our country. How to get them here to fulfill the people needs?

The anwer is by importing. In the previous year, Indonesia spent almost 1 million dollars to import some from Virginia Islands and Malaysia. That’s actually the smallest cost of importing in Indonesia. 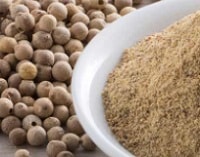 One of the Indonesian famous aspects is its spices. Then, so many countries came in this country just becasue to get all the spices they can find in here. And they’re not disappointed with the result, we are.

However, with the rich natural sources of pepper, we still don’t have the proper ones to get the peppers right away. So Indonesia must import the peppers from the ASEAN countries. Almost spending  2 million dollars in the process.

Who doesn’t love tea? Tea is one of the best relaxation methods out there. In Indonesia, you can fins do many tea gardens, just like in the area of Subang and other cities in East Java. But beause of the great number of exploitations, the field areas keep decreasing.

By that, our tea inventory keep decreasing as well, along with the fields of tea that can;t be found in the big cities. Indonesia doesn’t have a great choice except start importing them from the countries in Asia like Sri Lanka, and Vietnam.

The last is the coffee. Everyone loves coffee. Indonesia is known to have the luwak coffee, which has the wonderful taste that many people like. But the fact is, our coffee inventory is a bit small lately.

Indonesia need to spend about 31 million dollars to import them from the countries in South America like Mexico and Brazil. Brazil actually has the best coffe makers out there.

That’s the 20 Indonesian imported products that came from another country. It’s a sad fact actually that Indonesia still importing some stuff that you can find so many in here like the rice for example. For some people, this is a really big issue because they are still questioning about the economic condition of Indonesia. But whatever it is, let’s hope that Indonesia can stand from the aspects that can make Indonesian economic falls down.