Indonesia has thousands islands with 34 provinces. Among 34 provinces, there are 5 special region of Indonesia, such as: Special Region of Yogyakarta, Special capital region of Jakarta, Special Region of Aceh (Nanggroe Aceh Darussalam), Papua, and West Papua. Aceh located in the north west of Sumatra. It became the special region because the use of sharia. It also has a strong historical story for Indonesia to fight for independence. After officially applying the sharia for the rule and law, they would like to declare the region as Nanggroe Aceh Darussalam.

Aceh tribe basically made of various descents. They who came from various countries and tribes stay permanently in Aceh then make a family. The mixture tribes who live in Aceh form a cultural unity called Kebudayaan Suku Aceh (The culture of Aceh Tribe). Aceh culture has some unique traditions you might have never known before. We would like to expand 10 traditions in Aceh:

First, we would like to explain some cultures in Aceh. 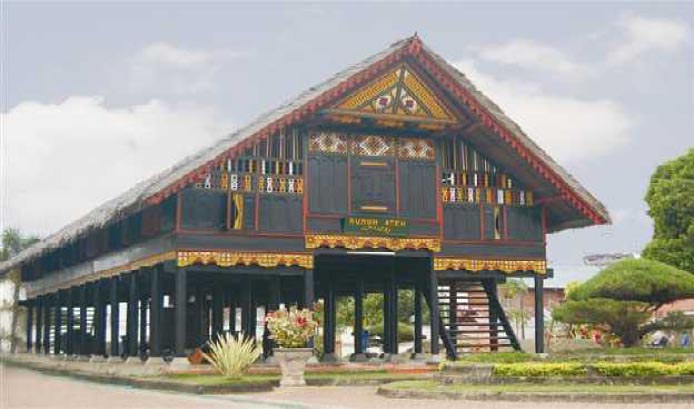 The traditional House of Aceh usually called the “Rumoh Aceh” or “Krong Bade”. The Rumoh Aceh categorized as house on stilts which has 2.5 or 3 meter high from surface of the soil. It is made of the wooden material, meanwhile its proof made of Rumbia (sago palm) plaits. The space in underneath of Rumoh Aceh is used for saving some foods and fruits. The other way, raised platform of Rumoh Aceh is the main room for accepting the guest or taking a rest. The most unique one is the total number of stairs must be odd. 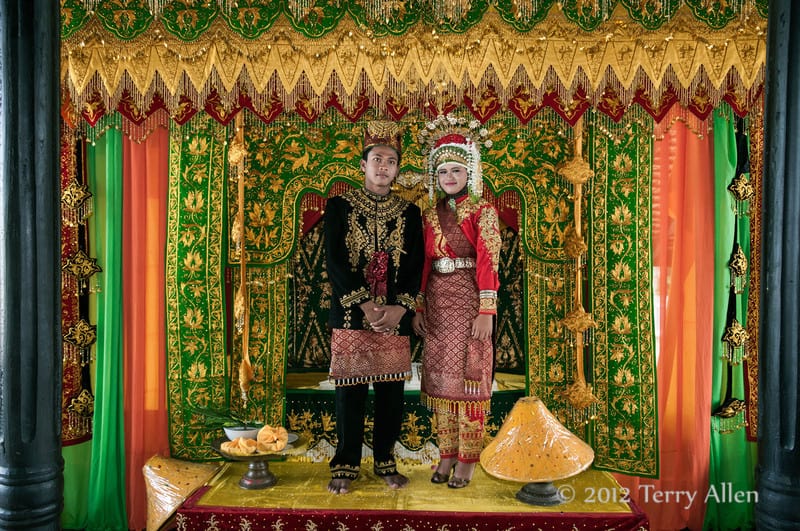 The linto Baro worn by the men in Aceh is a match of tops clothing called ‘Meukasah’ and the pants called “cekak musang”. Meanwhile the Daro Baro for women is a fusion of tops clothing with the long sleeves and collaring likes Chinese clothing. For the pants and skirts, they also wear Cekak Musang which is covered with ‘sarong’. It looks like glamour with some accessories like Necklace, bracelet, anklet, and so on.

However, Aceh government and law system now has changed into sharia rule. They will mixture their traditional clothing with the sharia rule. There is no tolerance for Islamic women in Aceh about the rule for wearing veil if they go to outside.

Gayo, the originate of Saman Dance is the oldest tribe in Aceh. Saman Dance is aimed to be a mediator to share Moslem religion long time a go. Syeh Saman, the creator of its rhyme and lyric use Arabic and Aceh Language to accompany Saman Dance. The dancer would do some rather complicated motions like: clapping on the chest and knees which combined with raise hands on the fast rhythm. These motion of the dance is made for creating the happy atmosphere.

Recently Saman has the different function for amusing or welcoming the special guest. Saman starts going abroad to join some foreign festive. However, there is a polemic statement about the regulation for a girl joining Saman Dance. If you want to know more about Saman Dance, you could see Saman Dance Aceh.

Although Aceh People known with their strong religion, they often conduct some ceremonies and processions in several events.

1.Proposing a girl in Aceh

There are three stages of proposing an Aceh girl. Those are: ‘Jak Keumalen’, ‘Jak ba ranub’, ‘Jak Ba Tanda’. First, Jak Keumalen’ is the process of approaching and looking for the information of the bride to be. The man will ask his parents or family to look for some information about the girl and family. Then they will meet the girl and family to know each other as the form of Islamic call it “silaturahmi”.

Second, ‘jak ba ranub’ is the procession of proposing a marriage to the bride to be. Some of the family from the man will send some gifts to the girl family. If it is accepted, the two families will have a discussion about the marriage.

The last, Jak ba tanda is the procession of dealing the marriage. The man family will bring some foods, a set of ‘lapek tanda’ (traditional clothing for girl in Aceh), and jewelries. All of that stuff is well decorated like parcels. After that, they will consider the date, the dowry, and how many invited guests for their marriage.

In Aceh traditions, wedding ceremony started with ‘ijab kabul’ (the procession of the statement from the man with the girl’s guardian marriage) through an adulterers. The top moment is when the groom picks up the bride called Tueng Dara Baru and Tueng Linto Baroe.

Aceh people have some stages for welcoming the baby. ‘Upacara bahu’ is the ceremony that is held in the 4 or 5 months old of pregnancy. The husband’s parents will make some food for the pregnant wife consist of complete rice, vegetables, and fruits in a container called ‘kating’. The food is shared to the neighbors and families. Then they will redo this ceremony after 7 or 8 months old of pregnancy. After the woman birth a baby, the parent will tie up the baby’s navel by 7 ties. On the seventh day, they will cut the navel and conducting a ceremony called ‘menyangke rambut budak’.

Troen Bak Tanoeh is used as the thanksgiving ceremony when the baby goes down into the ground for the first time. This tradition symbolize the holy of the mother’s baby. During the 40 day after childbirth, Aceh prohibit a mother from the baby to go outside because they are not in a holy condition. Then finished conducting this event, they could be a holy woman anymore.

Here, we would like to explain some habits of Aceh people

Peusijuek is a tradition of splashing a mixture of water and wheat flour to the people who is going to conduct a special event like, wedding, birth of baby, or hajj. In Peusijuek ceremony, they will have an ustaz (islamic master) lead the ceremony. The purpose of Peusijuek is actually to wish a blessing from God. They will utter some prayers in Islamic ways that is led by the ustaz.

Troen u Blang is an annual tradition to complete their stages in doing their work in the rice field. This tradition is aimed to send a prayer to God for giving the good production of their farming. Troen u Blang divided into 3 stages. The first is ‘Turun Sawah’ (going to field before starting to plant) in the beginning of planting the rice. The second, when the rice starts to bear its seed. The last is the harvesting time.

History of Catholic in Indonesia

History of National Exam in Indonesia