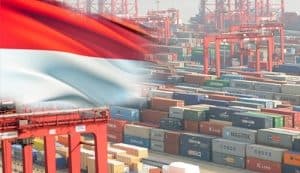 Every country has different characteristics, both natural resources, climate, geography, demography, economic structure and social structure. These differences lead to differences in commodities produced, the composition of the required costs, the quality and quantity of the product. Directly or indirectly requires the execution of the exchange of goods and or services between one country and another. Therefore, between countries in the world need to establish a trade relationship to meet the needs of each country.

International trade transactions, better known as imports, are essentially a simple transaction that is nothing more than buying and selling goods between entrepreneurs who live or domicile in different countries.

Export commodities are goods from Indonesia that are sold abroad, Examples of exports made by the state of Indonesia include:

Indonesia registered imports of food that should be produced from agricultural land in the country, such as rice, potatoes, corn and others commonly found in Indonesia. Unfortunately, domestic demand is not proportional to production, so the government is forced to open imported faucets to avoid scarcity of food that can thus increase the selling price in the market.

Inadequate government policy toward agricultural development steps, especially in the application of new technology in agriculture sector such as genetic engineering of food seeds, make Indonesia increasingly difficult to meet the food needs of the country. Hence we need to do import commodities

Import Commodities are goods purchased from abroad, which include:

Export and Import Procedure in Indonesia 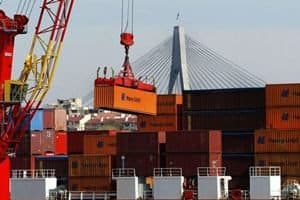 Understanding Procedure Export of goods, in general, is the activity of issuing/sending goods abroad, usually in large quantities for trading purposes, and involve Custom both in the country of origin and destination country. Customs duty as supervisor of the entry of goods in a country.

Export activity is a trading system that allows a person to trade cross-country. Currently, the government is trying to increase foreign exchange by boosting the flow of goods exports. Export procedures are actually easier than import procedures as there are now more rules on imports than on exports, especially for tax payment issues. 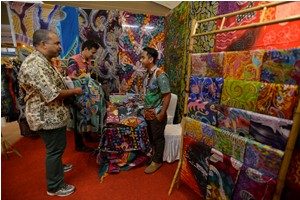 Each PEB document is required to pay non-tax state income paid at the bank or at the local customs office. For the export tax amount, each item is also different determined by the decision of finance minister. The PEB contains data of exported goods including:

After the PEB is submitted to the local Customs office, export approval will be granted and goods may be delivered to the port which may then be loaded onto the vessel or means of transport to the destination country.

Each item to be exported has its own rules depending on the goods. Such as for wooden goods, exported timber requires documents of Surveyor Reports, endorsements of the Wood Industry Revitalization Agency, for other goods in the form of minerals also exist which require using surveyor reports.

For some goods belonging to the category of waste, there are required to used quotas. For goods in the form of rice is required if domestic needs have been met and there is a license from BULOG. However, there are many exports that are without conditions or permits from relevant agencies, such as bicycle, plastic, syrup, shoe, cable, iron, steel, plastic toys, and others. 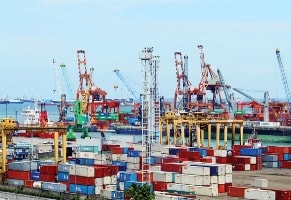 Although Indonesia produces so much rice it still can not meet the needs of its population due to a large number of the Indonesian population, hence this is why we need imports. As we know the meaning of imports of goods, in general, is the act of entering goods into the country (Indonesia), usually in large quantities for trading purposes (commercial) or not commercial, and involves Customs as the supervisor of the entry / Goods traffic within a country.

And about import procedures in Indonesia is basically, if we want to import goods from abroad, there are some things we must know:

When we already know these things, then what we have to do next is:

Statistics show about 230-237 million people in Indonesia need rice as staple food. So it can be seen why Indonesia imports rice from other countries just to meet the needs of the people of Indonesia. And one of the countries that often export rice to Indonesia is Thailand

There are list of what kind of food production which mostly produced and export to other countries, as well as what kind of product that Indonesia mostly imported. As follows:

Below are the countries along with the list of goods that Indonesian are imported. Mainly because the production of below goods isn’t that massive in Indonesia so the government required import to fulfill the needs.

In order to compete on the world trade level, the domestic business world must grow strong. To grow fast is certainly requiring government policies that benefit domestic entrepreneurs. Although free trade means no state borders, favorable policies can still be created on condition that they are not against the laws of world free trade.