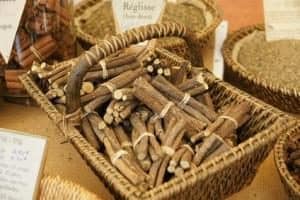 Herbs are plants or plants that have usefulness or value in the treatment. In other words, all types of plants that contain ingredients or active substances useful for treatment can be classified as herbs. Herbs are sometimes referred to as medicinal plants, so in its development is included as one form of alternative medicine.

Indonesia has the greatest asset of herbal medicine. This can be seen from 940 species of plants that have the potential to be medicinal plants, 283 new species used by the traditional medicine industry. This means there are many more herbs that can be developed in Indonesia. But changes in herbal medicine in Indonesia hindered the study. For example, the virgin footprint that came from Indonesia was extracted in the United States and became an anti-cancer drug.

Through herbal medicine, Indonesia can combine traditional medicine with modern medicine. Especially for the purpose of promotive to the disease can be avoided. Herbs can also be used as complementary medicine. For example for some types of cancers that have not been treated with drugs but patients can not stand the pain. Herbal medicine can make the patient more comfortable and strengthen the immune system.

When consumed for promotive and preventive purposes, Indonesian people can mix their own herbal ingredients if the material is fresh. However, if the patient is sick, they should consult a herbalist or homeopathy certified to make safe herbal medicines consumed. This is done so that patients know the safe limits due to dose count and age when taking herbal medicine in Indonesia.

The size of health in the world is determined by life expectancy. In Indonesia, the average life expectancy of an Indonesian is 72 years. This number increases after many Indonesians have a habit of taking herbal medicines for the purpose of protecting health. At this stage, the habit of taking herbal medicines has reduced many future loads such as health estimates and maintenance costs during illness.

It is unbelievable that a half of herbal medicine users are in Indonesia. 59.12% of Indonesian society is a user of herbal medicine. While 95, 6% of them claimed to feel the benefits of medical treatment for health. This can be interpreted that the risk of using this kind of medicine is very small.

If you want to buy imported herbal medicine, make sure the imported drugs consumed are sufficient. When imported into Indonesia, then the herbal medicine must use the Indonesian language between the packaging and has a registration number from BPOM (drug and food regulatory agencies). In the last five years, many herbs labeled imports have not passed BPOM test.

What situations do not allow a person to take herbs? People taking certain herbal remedies should be careful when going through a medical procedure that requires anesthesia? It has been reported that several popular medicinal plants, including Ginseng, can cause blood pressure fluctuations. It can be very dangerous when anesthesia is given.

Herbs can’t be taken carelessly because the response of each individual can be different from each other. Despite having the same complaint, not necessarily the herb that is given is suitable between one patient and another patient. For example, Dutch Teak, known as natural body slimming, is not suitable for people with stomach disorders because it has an irritating effect on the stomach.

In emergency cases such as bleeding for example, chemical drugs are better used because of faster reactions in dealing with symptoms and reduce pain. The same is true for the treatment of patients in cases of acute illness such as end-stage cancer. When emergency, conventional treatments such as surgery and surgery are more effective because they are relatively fast.

Currently, in Indonesia there are 7 fitofarmaka, 43 standardized herbs, and about 9000 herbs. The quality of Indonesian phytopharmaca products is not inferior to modern medicine or chemical drugs.

There are already some modern herbal remedies that are sourced 100 percent from natural raw materials in Indonesia. Modern herbal medicine, among others, drugs for diabetes, cough, blood circulation, to help treat breast cancer. If phytopharmaca is developed, Indonesia can reduce the import of drugs and be able to compete in the era of MEA.

Indonesia is very rich in biodiversity, but our traditional medicines are still inferior to some countries abroad, especially China. In fact, many raw materials from Indonesia that can be developed with a modern.

8 Indonesia Most Common Disease that Haunts You

10 Common Parasites in Bali You Must Aware

4 Common Type of Malaria in Indonesia

10 Most Common Disease in Bali