Home » Governance » Medical » The Brief History of Pharmacy in Indonesia 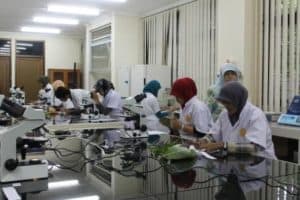 Pharmacy is part of the health sciences that deepen drug-related issues. In the past, a pharmacist was oriented to make preparations (such as syrups, tablets, capsules, and ointments) medicines so expected with the drug, to cure the disease or at least reduce the pain or inhibit the progression of the disease.

Pharmacists are competing in finding new drugs or modifying drugs so they can provide a better healing effect than other drugs. Today, the pharmaceutical industry in Indonesia is one of the fastest growing industries with a growing market and is the largest pharmaceutical market in the ASEAN region. How is the history of Pharmacy in Indonesia? Here is the detail of information.

This pharmacy comes from the word Pharma. Pharmacy is a term used in 1400-1600s. In English Pharmacy is pharmacy, whereas in Greek is pharmacon, which means medicine.

Pharmacy is one of the professional health science fields which is a combination of health sciences, physics, and chemistry. It has the responsibility to ensure the effectiveness, safety, and use of drugs. According to the dictionary, pharmacy is the art and science of dispensing and handing or distributing medicine. Meanwhile, pharmacist is someone who mix and deliver or distribute drugs.

As we have seen and know, in the pharmaceutical logo there is a snake animal that has a deadly poison, but do you also know that the poison if in use can be converted into a drug that is very useful to cure a disease.

In accordance with the history of pharmaceutical images, this science teaches people and to become health workers who play a role in the scope of medicine. In fact, the drug has a function to cure an illness, but the drug can also be a poison that can kill humans if wrongly used. Because of the similarity of toxins in snakes with drugs, so used snake images in the history of pharmaceutical symbols.

The Pharmacy symbol is called the Bowl of Hygeia, a statue depicting the Greek goddess Hygeia holding a bowl of snakes that tame around and seemed to want to share the bowl. Hygeia is the name of the goddess of health and healing in Greek mythology. Some people also argue that the Bowl of Hygeia and the snake, is a balancing balance of nature on earth.

Pharmacy as a profession in Indonesia is actually relatively young and new can develop significantly after the independence period. In the colonial period, both during the reign of the Dutch East Indies and the period of Japanese occupation, pharmaceutical in Indonesia growth is very slow, and this profession has not been widely known by the public.

Until the proclamation of independence of the Republic of Indonesia, the pharmacists of Indonesia in general still consisted of a pharmacist assistant with a very small amount. Pharmacists during the colonial period generally came from Denmark, Austria, Germany and the Netherlands.

However, during the war of independence, pharmaceutical in Indonesia recorded a very significant history, namely the establishment of Pharmacy Colleges in Klaten in 1946 and in Bandung in 1947. Institute of Higher Education Pharmacy which was founded during the war of independence has a big share for the development of history pharmacy in the future.

Graduates of the first class of pharmacist assistant schools was recorded about 30 people, while the number of pharmacists also increased, both from education abroad and graduates from within the countries.

Although for the production of drugs had been initiated in this period, the pharmaceutical industries face severe obstacles and difficulties. The example was the lack of foreign exchange and the occurrence of drug rationing system so that industry that could survive is only the industry which got a share of the quota or those who had relations with overseas.

In this period, especially between 1960-1965, due to the difficulties of foreign exchange and the bleak economic conditions, the domestic pharmaceutical industry could only produce about 30% of its production capacity.

Therefore, the provision of drugs becomes very limited and mostly comes from imports. Meanwhile, because the supervision could not be done well there are many cases of raw materials and finished drugs that do not meet the standard requirements.

Around the years 1960-1965, some important legislation and related to pharmacy issued by the government include:

Government Regulation No. 26 of 1965 on pharmacies. In this period there are also important things worth noting in the history of pharmacy in Indonesia, namely the end of the pharmacy of doctors and emergency pharmacies. Meanwhile by the Decree of the Minister of Health No. 33148 / Kab / 176 dated June 8, 1962, among others stipulated:

The termination of the emergency pharmacies is stipulated by the Decree of the Minister of Health No. 770 / Ph / 63 / b dated October 29, 1963 which includes:

Pharmaceutical Indonesia today has undergone a lot of rapid development with the advancement of world science and technology. In the past, when people began to understand and deepen health problems, formed a profession responsible for tackling this problem that we often call a doctor.

Then, as time passes, more and more health problems are encountered. so it is impossible for a doctor to explore all the science related to health. Furthermore, there is much expansion in the field of science from the health field, one of which is the science of pharmacy. If you hear the word pharmacy, then the picture formed in the community is a drug expert.

Those are the long history of pharmacy in Indonesia. You as Indonesians should be thankful to have the great system of pharmacy. Moreover, you can find them everywhere.

The Untold History of Prostitution in Indonesia

8 Indonesia Most Common Disease that Haunts You

10 Common Parasites in Bali You Must Aware

4 Common Type of Malaria in Indonesia

10 Most Common Disease in Bali