Generally, Jamu is bitter like any other herbal medicine. In order to get rid of the bitterness, people usually put honey as an addition. In fact, some people use grape to lessen the bitterness of Jamu and warm the body.

Sukoharjo district of Central Java is famous for being the sales centers of Jamu. Many of Jamu merchant who sells Jamu in big cities such as Jakarta, Bandung, Bogor, and Surabaya are coming from Sukoharjo. With so many Jamu merchants in Sukoharjo, later the statue of a farmer and a”Jamu Gendong” merchant (a term for Jamu merchants who sell their Jamu by carrying their Jamu in their back) was as the identity of Sukoharjo and named “Gendong Jamu” in Bulakrejo.

In the middle ages around 15-16 BC, “Jamu” term appear in the New Java (Jawa Baru) era. Jamu is relatively close to the Java community. The name “Jamu” itself derived from an ancient Javanese language, including the definition of it. According to the expert of ancient Javanese language, “Jamu” is an ancient language consist of two words, “Djampi” and “Oesodo”. “Djampi” means healing someone using herbs or certain prayers and spells, meanwhile “Oesodo” simply means health. Around the time when “Djampi” and “Oesodo” appears, there is almost not many people using “Oesodo” word. Instead, “Djampi” is more often used. Then around that time, a shaman or call it Jamu.

During the Hindu-Buddhist kingdom era in 722 AD, there are relief in Borobudur temple that describe the habit of making and drinking Jamu as a way to stay healthy. In fact, the discovery of Madhawapura inscription as the legacy of the Hindu kingdom of Majapahit state that there is a profession of “making herbal medicine” called Acaraki. These are a solid proof that Jamu has been around since years ago.

There are several types of Jamu, such as: 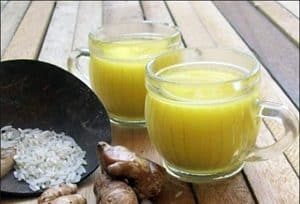 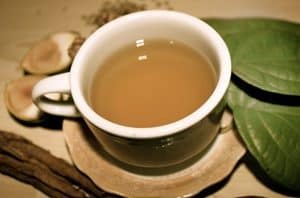 The main two ingredients of Jamu Cabe Puyang are Java chili and rhizome of lempuyang. Additional ingredients that can be mixed into Jamu Cabe Puyang is fennel, pulosari, the rhizomes of turmeric, seeds kedawung seeds, keningar and kawak acid. To reduce the bitterness, add and mix some brown sugar with white sugar. Surprisingly, some people usually add ready-use sugar and a little bit of salt. First, boil as many water as you think you need until it’s boiling and then let it cool down. The additional ingredients should be mashed according to the right composition by mortar and pestle iron or stone.

Then, after it’s done, mix water and the additional ingredients together into a cup. Last, squeezed the juice and filtered it through a sieve or a cloth material. 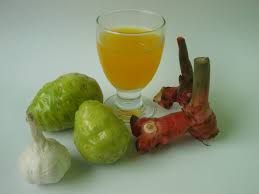 Jamu Kudu Laos only has many main ingredient, that is, noni, the rhizome of galangale, pepper, kawak acid, Jamu chili, garlic, kedawung, and salt. To get rid of the bitterness, add palm sugar or granulated sugar.

First, boil as many water as you think you need until it’s boiling. The ingredients should be mashed according to the right composition by mortar and pestle iron or stone. After it’s done squeezed the juice and filtered it through a sieve or a cloth material. After that, mix it with the boiling water that now has cool down. Last, you can add sugar if you feel like it is too bitter. 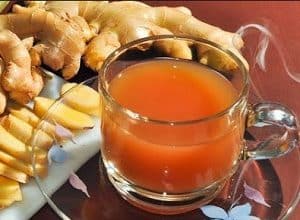 The two main ingredients of Jamu Kunyit are tamarind and turmeric. Additional ingredients that can be mixed into are sinom (young tamarind leaves), ginger, kedawung seeds and the  juice of limes. To reduce the bitterness, add and mix some brown sugar with white sugar. You can also add granulated sugar and a little bit of salt.

First, boil as many water as you think you need until it’s boiling. The ingredients should be mashed according to the right composition by mortar and pestle iron or stone. When it come to the ginger, you can simply slice it into small pieces. After it’s all done, pour it down to the boiling water and let it be for a few minute. Next, filter the decoction of Jamu into a glass and let it cool down. 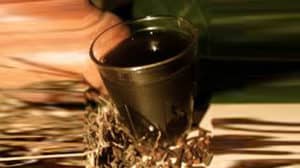 The main ingredient of Jamu Pahitan is sambiloto. There are many variations of additional to make Jamu Pahitan, such as brotowali, widoro from the sea, white doro, babakan pule, and spices.

Many say that without adding spices into Jamu Pahitan, it will become less healthy for the body.

First, boil all the ingredients into one pot on a boiling water. Let it be until there only about half remaining water on the pot. That half remaining of water is what you’re going to consume. Specially for Jamu Pahitan, there is no addition to reduce the bitterness since it meant to be that way. Instead, if you can’t handle the bitterness, you can drink another Jamu that is more sweet after drink Jamu Pahitan.

The Benefits of Jamu

Every Jamu has their own benefits and mostly will have something to do with maintaining a good health. One Jamu can have more than one benefit to human health.

There are actually many more benefits from Jamu but most of it come from different merchants and sometimes it’s hard to tell which is really right. But overall, the consumption of Jamu under the watch of doctor is very healthy and helpful.

Jamu in the Modern Day

At the beginning of the time, Jamu is the sole medicine for anyone who sick or injured. As the time passed by, its function has almost been fully replaced by the medical drugs from doctor.

Besides being more effective (and sometimes react faster), the medical drugs from doctor also is much more modern and make sense than Jamu for some people.

Even so, until this very day, a lot of people still consume Jamu. Usually, most people who consume Jamu are those who are dieting, have severe disease and simply enjoy it. Consuming Jamu has become an alternative over medical treatment for those who needed it.