Medicines are very important t our life. They can tke away those sickness with such an excellent results. But, some medicines have some side effects, that can be a little annoying. Some of the side effects can even bring another disease.

So, to get the best result with non side effects taken, you should seek another alternative, which is the traditional madicine. In Indonesia, they came in several forms. One of them, called Jamu. The Jamu itself has some different kinds, like these ones : 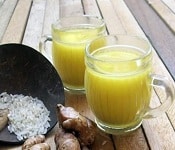 The first and also the most famous Jamu in Indonesia is Beras Kencur. The taste of it is very unique the combination between the sweet, hot, and somewhat fresh flavor. With this kind of flavor, Jamu Beras Kencur can be consumed by all people, from kids to old.

Usually the Jamu packed in some kind of big bottle, that sold by some sellers that have the name of Bakul Jamu (Jamu Sellers). With such an unique flavor, it has several benefits like increasing appetite, increasing stamina, and reducing stress level. 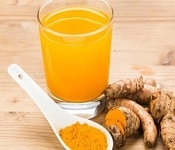 The next Jamu is Sinom. Made from the tamarind leaves and some spices like turmeric, cinnamon, nutmeg, brown sugar, some usual sugar, and Indonesian spice called Temulawak. With those ingredients, the taste of it is somewhat unusual.

But, this one if a favorite of people, especially for the women. This Sinom has some benefist that you can get after consuming it for a while like increasing appetite, curing ulcer, and also the natura remedy for vaginal discharge. 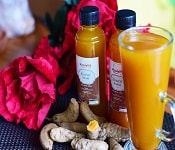 Then, we have the Kunyit Asam which is the combination of both spices called Kunyit or Tamarind, with the other spice, Asam or tamarind. You can have different versions of Kunyit Asam, the sachet version, or maybe the bottled version that you can get easily in some Bakul Jamu.

Many say that this Kunyi Asama is really good for the teenagers, especially for the girls. Beside can give the comforting feels to cure the menstrual pain, it can give the girls another benefits of making skin smoother and brighter. 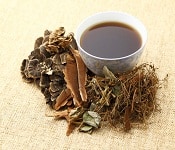 In the fourth Jamu in our list of Indonesian Traditonal Medicines, there’s Pahitan waiting for you. Paitan made from the natural leaves in Indonesia called the Sambiloto leaves. Usuall, there’s another addition like Brotowali and the other stuff that has the bitter taste.

From the name of this Jamu, Pahit which means bitter, you can expect really bitter taste from this Jamu. Kids can not consume this Jamu yet, because the flavor is not child-friendly. Because of it, this Pahitan is usually consumed by old people for their health theraphy. 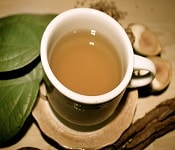 Next one is the Jamu of Cabe Puyang. This jamu is made from some kind of unique ingredient called Cabe Puyang. This special Indonesian herb is maybe on the exclusive spice that can be found in the tropical land like this country.

You can buy some in some Jamu stores, it’s not usually sold in the ordinary Bakul Jamu out there. Many say that this Jau is really good for the workers, because the Jamu itself can cure the rheumatic pain caused by the long hours of working. 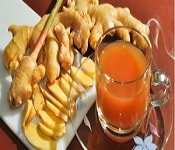 After tasting the five Jamu above, you shoul fo another try to taste the Jamu Uyup-uyup. If the other amu is really recommende for the workers or maybe for the teenagers, this one is really god for the newly moms, especially during the breastfeeding time.

Some good portions of it cna make the breastfeeding way smoother. This Jamu can help to regenerate more breast milk for the baby. You can make your own Jamu Uyu-uyup by combining some spices like ginger, kencur, turmeric, and others. 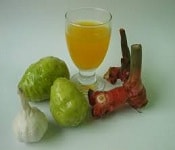 The Jamu that has the name of one ASEAN country is the next traditional Indonesian medicine that worth looking. Laos means galingale, so if you hapen to live in an area that has some galingales on it, then you can make your own Kudu Laos Jamu.

The processing is pretty simple. You only need to mash the galingales into a bowl, and then put them into a pot or the other cooking equipment that can be used to boil. Then, you finally creat your own Jamu Kudu Laos with such a simple way. 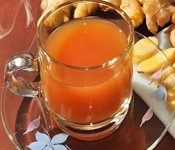 Beside having benefit of taking away vaginal discharge, this Jamu Kunci Sirih can also be a medicine that can be used to clear body odor, making vagina more tight, and also can be a natural way to make teeth stronger. 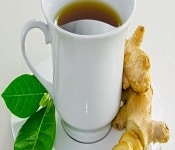 Beside looking at the Jamu Kunci Sirih or maybe Sinom, here we have other Jamu that really good fro the married women out there called Jamu Galian Singset. Singset is the Javanese word that has the meaning of tighten.

So, maybe you can already guess the main benefit of this Jamu Galian Singset, which is to tighten the vagina. This can be a great recipe to create a harmonious family. You canmake your husbad more happy with so little expenses. 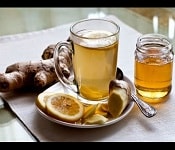 This Jamu can be consumed by all ages, even for the children at young ages. Why? Because this Jamu Temulawak also has the sweet flavor that came from palm sugar that combined with Temulawak. Thus created the Jamu that can cure dizziness and also sickness. It’s a good thing to bring one for the next travel.

Beside kinds of Jamu above, you should try these herbs for curing your diseases. You sould learn one or two things first before can actually processed it to some potions or remedies. So, if you looking for the right herbs to cure all the diseases that you have, you should see our small list of the Indonesian natural plants that can be processed into medicines below :

So that’s our list of Indonesian Traditonal Medicines, more complete with 17 of them. Like you can see above, mainly our list is filled with Jamu, the traditional drinks made from different kind of spices that have some good benefits based on the basic ingredients.

If you can’t find them around your area, you can alwys make them for yourself. With the proper components and portions, you can make your own Indonesian natural medicines that really fit for your problems. So you should explore all the things that you should know before making one of the medicines, to prevent bad things for happening. You may aswell ask some people about the way to make them, for maing sure that you’re making things right.

13 Most Spoken Languages In Indonesia

25 Facts about Christmas in Indonesia You Have to Know