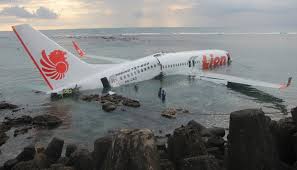 Traveling by plane is the most effective and efficient for some people. In addition to being fast and able to reach the whole world, airline flight booking tickets are also increasingly easy and practical. However, it is not impossible for us to be afraid of some bad news about flights. Accidents in any case and using any transportation are definitely not expected. But aircraft accidents have always been a shocking event.

The GA 152 accident with an Airbus A300-B4 aircraft belonging to Garuda Indonesia was the most tragic accident in the history of Indonesian aviation, which occurred on September 26, 1997. The plane crashed in Buah Nabar Village, Sibolangit District, Deli Serdang Regency, North Sumatra, 32 Km from the airport, and 45 Km from Medan city.

That was resulted in as many as 222 passengers and 12 crew members killed, all passengers of the plane were not survived. At the time of the accident, Medan was covered in thick smoke due to forest fires, and the aircraft only relied on instructions from the Polonia Airport watch tower. There was a communication miss between the pilot and the tower clerk which caused the plane to take the wrong direction and then hit the mountain cliff, the plane immediately exploded and was smashed to pieces.

Indonesia AirAsia Flight 8501 (flight number: QZ8501 / AWQ8501) (often referred to as AirAsia Tragedy QZ8501) is an Airbus A320 owned by Indonesia AirAsia (AirAsia group) which was declared missing contact around the Laut Java near the Karimata Strait while flying from Surabaya, Indonesia to Singapore on December 28, 2014. The total of victims is 155 passengers and 7 crews on board.

On December 30, 2014, the debris of this aircraft had been found floating in the Java Sea. The human body was also found along with the discovery of aircraft debris. 162 people were declared dead. On January 20, 2015, it was reported that the QZ8501 was stalled; a condition in which the aircraft lost the lift which was generally caused by the aircraft’s nose.

The flight of Mandala Airlines 91 – Boeing 737-200 crashed on September 5, 2005, fell in the Padang Bulan area, Medan, the plane crashed while taking off from Medan’s Polonia Airport. The plane carried 117 people (112 passengers and 5 flight crew), it was reported that 100 passengers were killed and 17 people reportedly survived.

The accident was caused by an aircraft taking off in an imperfect condition (Oleng Ke Kiri) then crashed into an electric pole so that the fuselage began to burn and finally the plane crashed on a residential area 100 meters from the airport. At least 49 residents were victims of the accident.

SilkAir 1997 flight 185 with a Boeing 737-300 aircraft had a route from Jakarta’s Soekarno-Hatta Airport to Singapore Changi Airport. The tragic accident that struck the plane occurred on December 19, 1997, and occurred on the Musi River, Palembang, South Sumatra.

The accident killed all passengers, 104 people (97 passengers and 7 cabin crew). The cause of the accident delivered by NTSB was caused by the Pilot (Captain Tsu) deliberately committing suicide by dropping his plane into the Musi river.

Lion Air Flight 610 is a domestic passenger flight from Jakarta to Pangkal Pinang which lost contact on October 29, 2018. The aircraft crashed in Tanjung Pakis, Karawang. The wreckage was found off the north coast of the Java Sea in Karawang. On November 1, 2018, a black box was discovered by the SAR Team.

The aircraft carried 181 passengers (178 adults and 3 children) and 6 cabin crew and 2 pilots. Among the 181 airplane passengers there were twenty employees of the Ministry of Finance, seven members of the Bangka Belitung DPRD, and three high court judges and district courts.

On August 28, 2007, the Indonesian public was rattled back by plane from Adam Air Flight 574 (KI 574, DHI 574) which had an accident around the Makassar Strait which caused 102 Passengers to be killed including the flight crew.

The cause of the accident according to the National Transportation Safety Commission (NTSC) is bad weather or damage to the IRS (Inertial Navigation System) or it could be due to failure of pilot workers in dealing with emergency situations. The plane crashed into the Makassar strait, which caused no survivors.

The C-130 H Hercules accident was an accident with 100 people killed, the accident occurred on May 20, 2009. The C-130 Hercules aircraft carried 112 people consisting of 98 passengers and 14 crew members, according to eyewitnesses, suddenly the plane exploded and caught fire and then crashed and hit people’s homes and landed in the rice fields.

At least 70 residents were taken to the hospital. This accident caused a total of 100 people to be killed, 98 passengers and 2 local residents who were hit by the wreckage of the plane’s debris. Until now, the cause of the crash of the C-130H Hercules aircraft still cannot be determined.

The accident killed all passengers including the crew, besides Indonesian citizens there were several foreigners who were also victims, the total death toll was 45 passengers.

On November 30, 2004, a tragic accident was also experienced by the airline Lion Air, with the MD-82 Flight Code JT 538 aircraft. The plane slipped while making a landing in Solo at Adisumarno Airport.

According to witnesses of survivors, indeed on the flight departure, the weather had been raining with lightning, during the landing at around 18.10 WIB, the plane felt like it could not be stopped, and finally entered the field and finally stopped near the cemetery. The plane broke into 2 parts in the middle of the words “Lion” on the fuselage. This tragic accident caused 26 Passengers to be killed.

The accident that occurred on March 20, 1982 was experienced by the Garuda Indonesia Fokker F28 aircraft, this aircraft slipped when it landed on the runway Radin Inten II Airport, Bandar Lampung. It was caused 23 Passengers and 4 Aircraft Crew died.

Precisely on May 7, 2011 there was a Merpati Nusantara Xian MA60 type aircraft crash, the plane made in China fell in Kaimana, West Papua.

The cause of the accident that killed 25 crew and passengers was a technical error in the front wheel gear which caused the plane to be unable to land. Even though the distance from the runway was near, finally the pilot decided to make the plane go up again and spin and look for a landing place in the water. But the decision even made the ship sink and 25 people died because they could not get out of the plane.

The plane with the Jakarta-Yogyakarta route suffered a tragic accident on March 7, 2007 around 07:05 WIB at Adi Sutjipto Airport. The chronology of the accident was when the attendant made a landing, but the front tire broke and then slipped and exploded. This aircraft carried a total of 140 Passengers (133 Passengers and 7 Aircraft Crew), the number of Victims was 22 people (21 Passengers and 1 Flight Crew)

Those are the list of deatful plane crash in Indonesia. If you go by airplane, don’t forget to pray first and pay attention to the safety during the flight. Turn off your gadget is the most important thing that you must obey!

10 Quick Steps How to Get Indonesian Driving License For Foreigner

14 Best Place in Bali for a Family Holiday