15 Most Popular Snacks in Indonesia (#8 is Tasty)

Indonesia is very rich not only in terms of natural resources and natural tourist attraction but it is also rich in culinary. Indonesia has so many traditional foods distributed from Sabang until Merauke so does its snacks. Indonesian snacks are very famous and you can find it anywhere in all over Indonesia, the taste are differs too from savory until sweet. Even until now people are still looking for snacks, not only for daily consumption but also to spoil the guest that are coming. 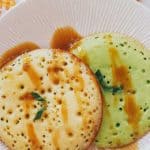 Serabi or surabi is a snack that looks like Indonesian pancake. There are two kinds of serabi or surabi that you can find in Indonesia; salted and sweet. The salted surabi use seasoned sprinkled oncom on its top meanwhile the sweet surabi use kinca to add sweetness.

Surabi is made by a special stove from clay so it has distinctive flavor. As the time goes by, the topping are varied and can be adjusted based on your preference from eggs, cheese, sausage, and even mayonnaise. For any other savoury cakes read here Traditional Cakes in indonesia with Savoury Taste 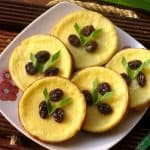 Lumpur means mud in English word however it does not mean that this snack is using mud for its ingredient. The main ingredients are coconut milk, potatoes, wheat flour, and eggs. In order to add good smell it uses vanilla scent and it is often decorated with with raisins and young coconut slices on its top.

This cake is considered as wet cake therefore it cannot be stored for a long time. The dough to make this cake are made of eggs, sugar, vanilla, potatoes, flour, coconut milk, salt and margarine that has been melted before. After the dough is heated, add some raisins and coconut on its top. 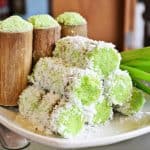 This snack has a catchy name which almost similar to Telepon (phone). Klepon looks like sweet onde-onde, it is made of glutinous rice flour which is formed like small balls and filled with  brown sugar. After the small balls are made, those dough are boiled in a boiling water.

The boiled klepon is rolled on top of the grated coconut because klepon usually has thick coconut grated on its surface. The ingredients to make klepon such as  rice flour, sticky rice flour, salt, and pandan paste. Meanwhile the stuffing is made of pure brown sugar so it will have a surprise when you eat klepon because the inside part is very sweet. 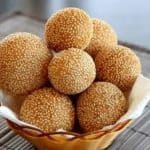 This snack is made of wheat flour or glutinous sticky rice which is boiled and sprinkled by sesame seeds on its top. There are various onde onde variations but the most popular one is onde ode which filled green bean paste.

The variation of color made onde onde served in white, red, or green color. Before you start making onde-onde you have to make skin and stuffing first. How to make the skin is to mix ingredients such as water, salt, rice flour and glutinous rice. Knead the dough until it does not sticky in hand anymore. After that make the stuffing by mixing sugar, salt, vanilla and most importantly green beans. Fried the onde onde annd sprinkle sesame seeds. 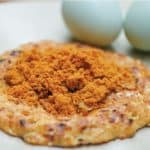 In order to make this snack you need to mix all the ingredients with 2 duck eggs, fry it, then flatten them with white sticky rice.  After half-baked, turn the frying pan over the coals to make it cooked. The last touch is to ass roasted coconut ad fried onions. 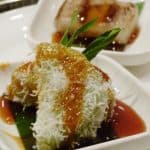 Lupis or lopis is a snack that is popular in Javanese, lupis is a snack made of sticky rice. The sweetness of this snack is all thanks to the  presence of grated coconut and palm sugar. Lupis is very perfect to be eaten in breakfast time or to accompany your afternoon tea.

In order to make lupis cake, you need to soak the sticky rice in water for half an hour, then the sticky rice is drained and mix it with water whiting. Take 2 layer of banana leaf, make a cone shape and fill it with three tablespoon of sticky rice. The last is to form that cone into triangular shape. Steam it for about one hour. Ripe the banana leaf from the sticky rice, add grated coconut and brown sugar sauce. 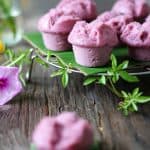 This snack is named after kue mangkok because it has shape which similar with mangkok or bowl. Bowl cake is a snack made from steamed rice flour, wheat flour and cassava tapai.  It looks like a bowl and flower blooms at the end. Mangkok owl usually found in traditional market in Indonesia.

This cake was firstly introduced by by immigrants from southern China. I order to make bowl cake you need to mix rice flour, wheat flour, and cassava tape. Add sugar water into the dough and add baking powder and stir until blended. It only requires 10 minutes to steam this pretty cake. 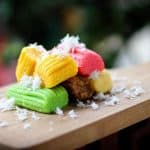 Getuk is made from cassava and it can be found easily in Central and East Java. The preparation to make getuk is by peeling the cassava and make it steamed or boiled. After that the cassava is being crushed or mashed and this getuk is added by sugar and food coloring so it tastes sweet and looks attractive.

The serving is completed by adding grated coconut on its top. Nowadays, getuk has variation which is called as getuk lindri. This getuk is formed like noodles with thickness  about 2cm wide 4cm, after that the dough is cut into pieces with 5 cm length. This getuk is eye-catchy and has a great appearance. 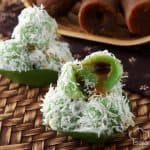 This snack is very famous in Indonesia, it is a cake made of grated coconut and raw coarse grain rice and has javanese sugar filling. Putu is a steamed cake which is placed in a bamboo tube.

Putu seller has a unique whistle sound which comes out when the putu is being steamed. Putu is served in two color variations which is white and green.

On the other hand, putu cakes often selled in night cause it really delicious when served hot. 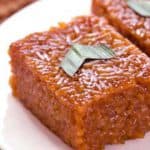 Wajik has different names in each region. The name wajik itself is coming from Javanese region especially Central Java and its surrounding. The most famous wajik is wajik that made from sticky rice.

Glutinous wajik is made of glutinous rice which is cooked with several ingredients; coconut milk and brown sugar. Wajik can be served in different forms or even you will find a sliced wajik. The coomon shape of wajik in Javanese region is rhombus or parallelogram. Bali also has jajak wajik, you can read the detail here Traditional Foods in Ubud Bali

Indonesia has many signature snacks which still loved by the people. Moreover Indonesian culinary is dynamic and always follow the trend so many variants of Indonesian are coming recently. Do not forget to share with your friends so they will know that Indonesia has several famous snacks.

10 Unique Dining Experience in Bali You Must Try