Home » Sports » 15 Popular Sports in Indonesia You Must Try

15 Popular Sports in Indonesia You Must Try

Sport is something eminent in our life and Indonesian are sport enthusiast even since 1960s. People have a high interest towards sport, either directly engage in sport activity or just watching it as a passive sport lover. From all of kinds of sport, there are some most loved sports by Indonesian assessed by the public interest and the amount of people who play sport. 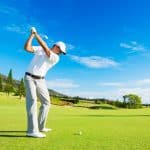 One of the most popular sports in Indonesia is golf, an outdoor sport which requires to be played in a golf course.

Golf is considered as a fun sport even though it is pretty expensive, the golfer needs to purchase expensive equipment and pay more cash to rent the golf course. However it does not decrease the Indonesian interest towards golf, many competitions are held in Indonesia and there are so many golf international player who come as well. 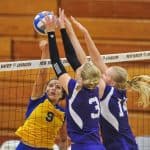 Volleyball athletes bring many awards to Indonesia therefore it attracts many supporters and indirectly increase the people’s interests towards this sport. Then, increase your knowledge about Healthy Lifestyle in Indonesia 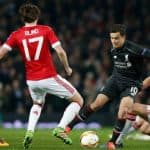 The popularity of this sport is no joke, it becomes a eminent sport for Indonesian. We also know that football fans are spreading in all over Indonesia. Moreover each region has a local or regional football team.

Football’s popularity can be assessed through several aspects: 1) Indonesian are fans of local, national or international football club or athletes 2) Football match is held often in Indonesia whether it is on local, regional, or national scale 3) It is a sport that can be enjoyed by all age 4) Football can be played anywhere and everyone can play football. 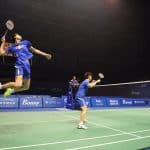 This sport’s popularity is highly influenced by its achievements in the past, Indonesia gained many gold, silver, and bronze in badminton.

On the other hand, inter-state badminton match between Indonesian athletes and the foreign athletes can unite solidarity, badminton fans not only enjoying the match but also rooting for our national representatives.

Playing badminton is easy, simple, does not require many players, and not expensive.  The History of Badminton in Indonesia will tell you how Indonesian badminton during the old days. 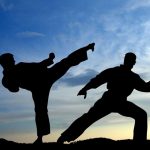 Even though silat is conventional, it could attract not only Indonesian but also foreigners in Malaysia Peninsula, Thailand, and Singapore.It is easier to teach silat to children because they are fast learner. Silat is included as a list of Southeast Asian Games sport branch. 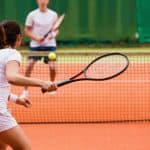 This sport has two branches which is tennis and table tennis and both of them have similar popularity. The original tennis is pretty similar badminton because it is played in a court, however badminton is using shuttlecock and tennis use tennis ball.

Meanwhile table tennis is played in a long table, use a small ball, and a pair of distinctive rackets made of wooden board and coated rubber. Then, read more about Thing’s You Shouldn’t Do in Indonesia as well as Teenager Lifestyle in Indonesia to increase your knowledge about Indonesia. 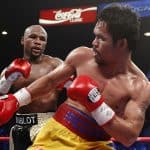 Boxing is considered as an extreme sport in Indonesia however it does not lessen the Indonesian interest towards this sport. Boxing has brought Indonesia to the international world due to the national boxer achievements in international championship.

There are many national television broadcasting which airs live boxing championship to satisfy the national viewers interest in boxing.

However there are only few of woman boxers in Indonesia even though they have achieved many national or international  accomplishment. 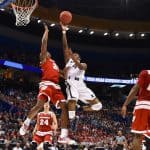 Basketball is one of the most popular sports in Indonesia with many supporters and athletes. Basketball is very popular especially between teenagers and students, they often held a basketball match between schools.

Furthermore, basketball is one of favorite sports that almost Indonesian teenager love to play it. Even if they play it in School as Extracurricular or only as outdoor activity

On the other hand, Since basketball is very popular between students so basketball court is a must have item in every school or university. You may want to read about History of Basketball in Indonesia. 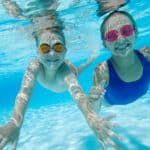 This aquatic sport also has many supporters in Indonesia. Due its popularity, swimming is added into the student’s extracurricular activity in school.

Meanwhile, swimming is popular because it has many benefits: cardio, to lose weight, heart and respiratory system nourishment, and to improve bad bone posture.

You can find more than one swimming pools in each region as a form of public enthusiasm. But do not forget to apply sun screen before entering water. 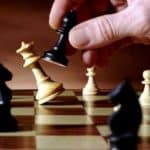 Most of sports are requiring physical ability however chess is considered as a brain sport. This sport is played by two persons upon the chessboard, tries to apply good strategy to defeat the competitors.

However, first of all the players need to have a good understanding about the chess pieces’ movements. Chess is a simple sport which does not require a lot of player or equipment. Basically, In Indonesia, Chess commonly popular with Catur. Many Chess school around archipelago that open their class to mastering chess.

You can achieve a healthy life by eating nutritious foods, get a proper sleep, and get enough exercise. Therefore sport and living is inseparable.

8 Most Popular Sport In Indonesia from Time...